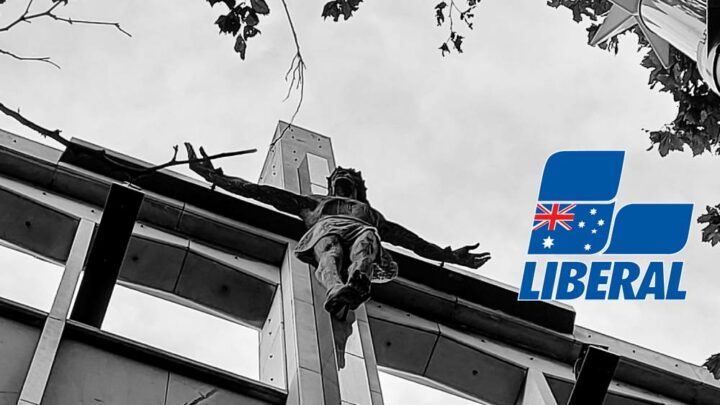 The recent announcement the South Australian Liberal Party State Branch had terminated the membership of a large number of members on the basis their views were politically unacceptable was conducted on a strictly localised basis.

The problem, however, has long-standing national considerations for the Liberal party and those other organisations it is associated with.

A tendency for far-right political standpoints to be assimilated in mainstream political culture has been a common problem for decades, although the rise of social media has resulted in a proliferation of questionable political views.

In mid-June, the SA Liberal Party terminated the membership of 150 ‘conservative’ members together with a further 400 required to ‘show cause’ why they should not be treated in a similar manner. (1) Matters, it would appear, had come to a head after a party recruitment drive with hundreds of Pentecostal Christians and controversial legislation passed by the Marshall SA Liberal government about euthanasia and abortion. (2)

Following protests, the SA Branch decided to soften their decision by re-considering the 150 members affected by earlier decisions and abandoning their insistence upon statutory declarations for party loyalty with the remainder. (3) The moves, nevertheless, reflect deeper problems inside the Liberal Party with fears of branch-stacking by those regarded as suspicious.

Coming so soon after the recent federal parliamentary inquiry into political extremism there may also be an added twist to previous and later decisions taken by the SA Liberal Branch. It was noted, for example, ‘Christian leaders … were … demanding answers as to how it came to pass that the SA Liberals regarded their involvement in politics as a threat’. (4)

While the timing of recent developments may have been coincidental, the creeping by far-right political organisations into the Liberal Party was a topic given discussion during the recent parliamentary inquiry. Officials, of the organisation, were therefore made aware of the problem.

Pentecostalism would appear a rather conservative religious doctrine with an emphasis upon biblical teachings and strict codes of conduct not favouring adventuress behaviour together with a preoccupation of reducing sexual temptation and desires. It would also appear divisive in approach, and in many ways, reactionary: in fact, their websites reveal the denomination to be more akin to a sect, with strong beliefs and an easily recognisable command structure.

The Pentecostalists were, however, recruited to the SA Liberals by those who regarded their beliefs as useful for their political campaigns; a commonality of interests may have been identified and subsequently acted upon. Or, alternatively, were those recruited regarded as ‘useful idiots’ by senior members of the SA Liberals possessing hidden agendas?

A great deal of the political drama has also been played out in the federal seat of Boothby, held by Nicolle Flint M.P., who is regarded as part of the Liberal Party conservative wing. (6) Boothby has been regarded as a safe Liberal seat for over fifty years, although with recent boundary changes is now only held by a 2.8 percent majority. A swing in favour of the ALP would effectively end Liberal control of one of their most prized political possessions in South Australia.

The statement by SA Senator Alex Antic, that, the recent expulsions would ‘cost the government the seat of Boothby at the next poll’ reveal how developments inside the local Liberal Party are regarded as having far-reaching implications for Canberra. (7)

Political parties attempting recruitment through religious denominations have a long and troubled history in Australia. While Catholic divisions split the ALP in the 1950s, effectively keeping the main party out of government for decades, recent moves by the Liberals to recruit large numbers of Mormons and Catholics in Victoria in 2017 led to allegations of branch stacking. Similar moves by the hard-right in Sydney-based Liberal branches have also been recorded. (8)

Behind the recruitment drives of religious denominations, however, lie some very murky forces; right-wing and far-right political groups have long used religious bodies to shroud their agendas and provide a cloak of respectability.

In South Australia, two such political organisations have had a long history of involvement with religion.

The shadowy National Civic Council (NCC) is a predominantly Catholic body lurking in a respectable suburb behind a glitzy website. The equally shadowy Australian League of Rights (ALOR), likewise, has a long history of involvement with the Liberal Party.

It has become a common feature for issues and causes raised by such organisations to enter into the mainstream political culture of the Liberal Party. While the far-right are usually united over nationalism, racism, opposition to ‘alien’ immigration and a general distain for democratic values, evidence of a more paranoid style of political thinking linked to endless conspiracy theories is also commonplace. (9)

It is not difficult to find numerous examples.

One particularly noteworthy example of such behaviour included a former federal Liberal M.P., Ken Alfred, with involvement with the NCC, who openly flouted a conspiracy linking Israeli intelligence with money-laundering scams in Victoria together with labelling Michael Costello, then head of Foreign Affairs, with accepting bribes from Israeli agents and having links with Latin American drug dealers. (10) No evidence to support the claims was ever tabled.

The ALOR, likewise, has a long history of similar political behaviour; former leader Eric Butler believed ‘Churchill, Roosevelt and Curtain were covert communists and the Russian revolution was a Jewish plot’; he was later labeled as being regarded as ‘nutty as a fruit-cake’. (11)

The ALOR, however, has also been noted for ‘great value on any contacts … with clergymen’, and their various publications have included religious items with contemporary political commentary which, interestingly, coincide with similar concerns raised by the SA ‘conservatives’ in the recent controversy. (12) Whether hidden hands have been at inside the SA Liberals has yet to be established; numerous questions, nevertheless, arise.

It has long been noted, however, that ‘many politicians flirted with the League … and … the trick was to denounce the League in public but use obscure members as workhorses in the electoral office. In this way parliamentarians could rejoice in a cosy chat with Butler’. (13)

The ALOR is also the main Australian affiliate with the far-right World League for Freedom and Democracy (WLFD), formerly the World Anti-Communist League (WACL). (14) The organisation has been described by one former member as ‘a collection of oriental fascists, militarists, right-wing terrorists who put bombs in civilian aircraft, death squads, assassins, criminals and many people who are as much opposed to democracy as they are communism’. (15)

It is not difficult to establish Liberal Party links with the WLFD/WACL. (16)

The 1989 22nd WACL conference held in Brisbane, for example, was attended by John Howard and fellow Liberal M.P. Bruce Goodluck, amongst the 120 delegates representing fifty countries. (17) Howard has long been applauded by ‘conservatives’ as their leader of choice, who still remains popular with those sections of the party. Bruce Skeggs, a leading Victorian Liberal, likewise, was an executive member of the WLFD and under his leadership there were three major conferences in Australia. (18)

Such examples were well known inside Liberal Party circles; the publication The Liberals by Ian Hancock ‘portrays John Howard as a powerful supporter of the Right faction, willing to intervene at key moments and block democratic reforms when it suited the faction’s interests’. (19) The publication also threw light upon the Liberal Party in NSW as ‘dysfunctional, factionalised, and rife with branch-stacking’. (20) Those portrayed in mainstream media as squeaky clean political men of the centre, had a carefully prepared image. They carried, however, considerable baggage which was kept well hidden by senior Liberal Party officials.

Perhaps those responsible for investigating recent internal problem in the SA Liberal Party should cast their nets a little wider than a few hundred devout Christian zealots and identify the puppet-masters in their midst. Their chosen method of communications and extensive use of social media might also prove a treasure trove of political intrigue. That is, if those concerned actually want the truth to be known; the WLFD, for example, use locked websites for affiliates and the general membership to hide their identities. Their secure communications, presumably, include reports from their activists and their localities. There is nothing open and transparent about the WACL/WLFD and the role their affiliates provide.

While seek, as the old saying goes, and you might find, is one approach, opening political disadvantage as both SA State and federal election campaigns loom on the horizon is, perhaps, something else for both Steven Marshall and Scott Morrison.

It will be interesting to see how the Australian Liberal Party deal with the problem.

By their actions, or lack of them, they will be known!

9.     The far-right’s creeping influence on Australian politics, The Conversation, 13 August 2018.

16.   Ibid., page 59, which has reference to the Australian section of the WACL being composed of Conservative M.P.s, interspersed with Neo-Nazis, racists, and Eastern European immigrants whose roots lay in the fascist collaborationist armies of World War Two.