(Bevan Ramsden is a long- time peace activist and advocate for Australia’s national independence, an ex-member of the Coordinating Committee of IPAN, the Independent and Peaceful Australia Network and is currently editor of IPAN’s monthly e-publication, Voice.) 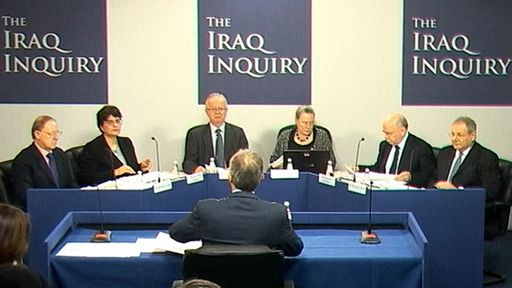 20th March,2021 is 18 years since Australia made the decision to join the United States in the disastrous war of aggression against Iraq. No Australian public Inquiry into the reasons and political responsibilities for that decision has been held and one is very much needed as war clouds are developing in South East Asia and a decision to join the US in another war may be around the corner.

18 years ago, on March 20th 2003, Australia joined the United States, the UK, Denmark and Poland in a military invasion of Iraq, a sovereign country, in flagrant violation of the United Nations Charter, with no authorization by the UN Security Council and based on lies propagated by the political leaders of those countries.

The invasion and subsequent war devastated the country, causing over 500,000 Iraqi deaths and the destruction of civil infrastructure leading to loss of electricity and water supplies and leaving homes, schools and hospitals in rubble. Hundreds of thousands were forced to abandon their homes and flee the war zone. The government of Saddam Hussein had been a firm opponent of Al-Qaeda, but following the invasion Iraq became a virtual training camp for Islamic extremists.

How did the leaders of the five countries participating in the invasion seek to justify this war of aggression?

The United States George W Bush administration repeated endlessly that Saddam Hussein and his government had to be removed because Iraq allegedly possessed so-called “Weapons of Mass Destruction” and supposedly threatened its neighbours, the United States and the world. It was also claimed that Iraq was developing nuclear weapons. The U.S and its allies claimed that to make the world safe, Saddam Hussein and his government had to be removed. Much later, one of Bush’s inner circle said that ”we considered a number of possible reasons but the removal of the weapons of mass destruction and stopping Iraq’s nuclear program was considered to be the most plausible reason to market the war actions to the public”. The Bush administration also sought, by constant repetition, to create a public perception that the Iraqi government was connected to Al-Qaeda and the 9/11 attacks even though they knew that no such connection existed.

UK Prime Minister Tony Blair repeated and embellished Bush’s war rhetoric as did Australian Prime Minister John Howard. This continued even as the 500 United Nations weapons inspectors in Iraq were reporting that no weapons of mass destruction or evidence of a nuclear weapons program could be found.  Indeed, in the years since the invasion no such evidence has ever been found.

Given that the official justification for the U.S invasion of Iraq was founded on lies, what were the real reasons?

James O’Neill, in an article published in July 2016 by Australians For War Powers Reform, put it this way:

“The (US Vice President) Cheney Task Force with its maps dividing up Iraq’s oil riches among western oil companies was one motive for waging an unjustified and illegal war of aggression. Meeting the wishes of the Israelis as set out in the 1982 Yinon Plan was another. Saddam Hussein’s decision to trade oil in other than US dollars was also a crucial factor.”

James O’Neill’s view that Iraqi oil was one of the real reasons for the invasion is supported by the following report in the Sydney Morning Herald of 21st December,2002:

“As the United States’ Secretary of State, Colin Powell told the world that Iraq was in “material breach” of its Security Council obligation, a notice went out from his department convening a meeting of the Future of Iraq, Oil and Energy Working Group. The meeting, hosted by the State Department this weekend, is to discuss the restoration and modernization of Iraq’s oil fields in the “post Saddam era”. 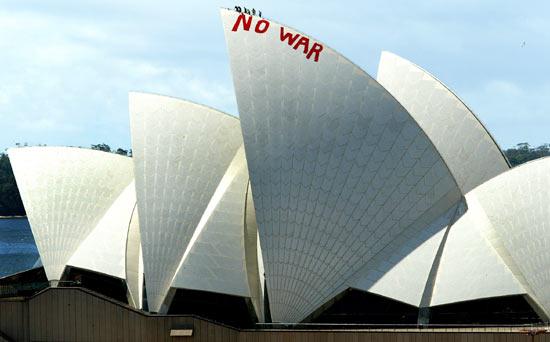 In Australia, following the invasion of Iraq, the Brisbane Courier-Mail of 25th March 2003 reported that:”BHP Billiton could join the oil rush expected to follow a US -led victory in Iraq.”

Despite the largest anti-war demonstrations ever seen in Australia, with upwards of 600,000 taking part, John Howard pressed on and introduced a resolution into the House of Representatives on 18th March 2003 seeking authorization for Australian military action in Iraq. The resolution relied in part on assertions that Iraq continued to possess and develop weapons of mass destruction.

In the UK, more and more people realized they had been lied to by their leader Tony Blair, with one placard at an anti-Iraq war rally rendering Blair’s name as “B.Liar”. Pressure mounted for an Inquiry into why and by whom the UK had been taken into this disastrous and criminal war. This led to the establishment in 2009 of the public Chilcott Inquiry.

In its report, published seven years later, this Inquiry into the invasion and unsuccessful search for weapons of mass destruction found that the threat posed by dictator Saddam Hussein was overplayed, intelligence was flawed, postwar planning was inadequate and the legal basis for the invasion was unsatisfactory.

In Australia in August, 2012 eminent Australians, led by former prime minister Malcolm Fraser called for an independent inquiry in to the decisions which led to Australia joining the US -led invasion of Iraq. Mr Fraser in an ABC interview said an inquiry in Australia is overdue. He said “Going to war is a really serious matter…We know that the war was begun on a lie; we know that evidence was fabricated. We know that, certainly in Britain and the United States, they knew that claims about Saddam Hussein’s weapons of mass destruction were in many respects false and yet they still went to war on that basis”.

But no such inquiry was initiated by the government.

In October2015 Independent Federal MP Andrew Wilkie demanded that the Australian Government be held to account over the 2003 invasion of Iraq. His call came after former UK Prime Minister Tony Blair admitted the war contributed to the rise of Islamic States. Mr Wilkie called for an Inquiry similar to the Chilcott Inquiry in the UK.

No such inquiry has eventuated.

James O’Neill, in his July 2016 article “The Case for an Australian Iraq War Inquiry is Compelling” says: “Ignoring the evidence and an overt willingness to join US foreign policy misadventures has led to one of the greatest policy debacle in Australian foreign policy history. It has resulted in the deaths of more than one million Iraqis and millions more displaced and their lives destroyed….  That  the principal perpetrators of the Iraq War, Bush, Blair and Howard have thus far escaped accountability for waging a war of aggression is unconscionable. Australia must have a Chilcott type inquiry and judicial processes must follow their inevitable conclusions.”

20thMarch, 2021 marks the 18th anniversary of the illegal and devastating invasion of Iraq.

The political processes and decision making that led to Australia’s involvement in the Iraq War are still to be assessed and understood. The need for an Inquiry is even more pressing now that war clouds are building up in the South China Sea and the Taiwan Straits. Australia may be faced with a decision to either join the US in a war with China or remain neutral.

These issues are currently being examined by IPAN’s People’s Inquiry into the Costs and Consequences of Australia’s Involvement in US-led wars. Submissions are being sought from individuals and organisations. For details see www.independentpeacefulaustralia.com.au