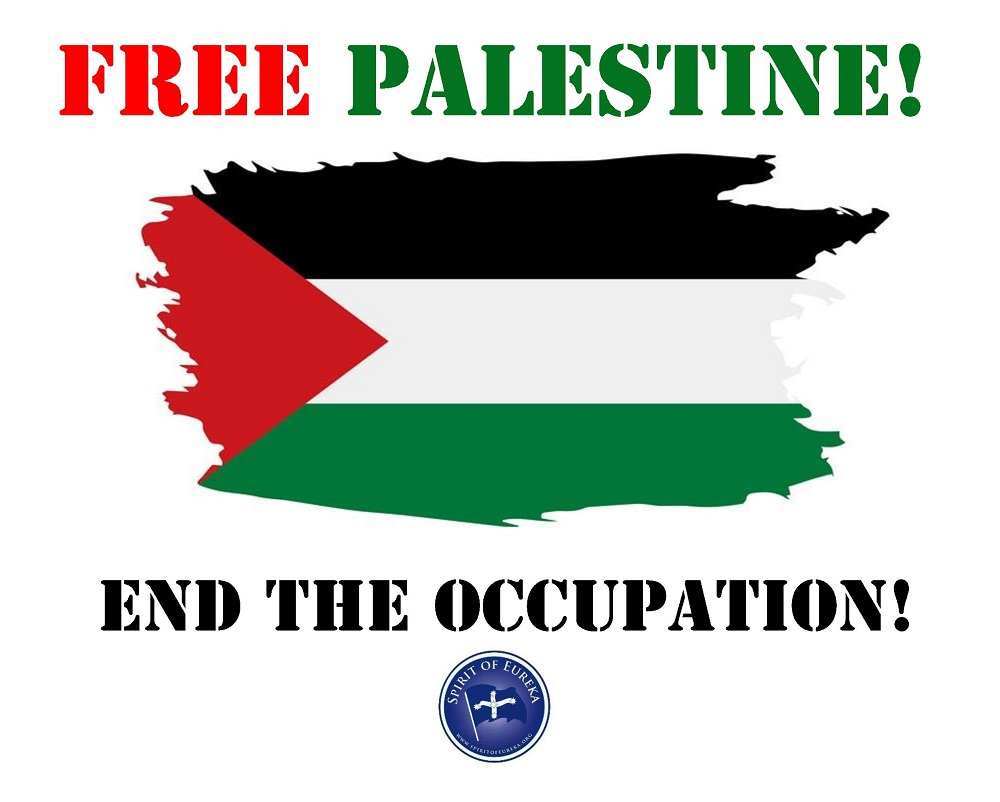 Spirit of Eureka strongly condemns the plans of Israel, its Zionist colonial government and its US imperialist backers, to annex the settlements illegally occupying Palestinian land in the West Bank on July 1.

This latest action is a continuation of the policies of the Zionist state project which since its inception in 1948 has systematically and ruthlessly attempted to impose its racist colonial regime on the Palestinian people and their homeland. It has done this through the illegal occupation of Palestinian land, turning it into an apartheid state that denies the sovereign and human rights of the Palestinian people, and enforces this regime through systematic terror, destruction of homes, and the use of violence with impunity.

In the UN, Australia slavishly toes the line set by US imperialism. Australia was one of only two countries, along with the Marshall Islands, both reliable lackeys of the US, to vote against a recent resolution condemning the planned annexations in the West Bank. We demand that the Australian government end its support for the crimes and human rights violations committed by the Zionist government of Israel, and to stand with Palestine and the Palestinian people.

We express our solidarity with the Palestinian people in their struggle for national liberation, and call on the Australian people to support their just cause.

Stop the annexations and end the occupation!
End Australian government support for Israel!
Victory to the Palestinian people! Free Palestine!