This article was first published at John Menadue – Pearls and Irritations 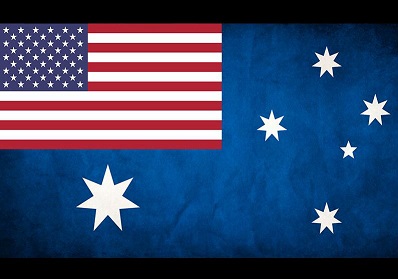 In seeking to target foreign interference in Australia, the Federal Government has two countries in its sights, but it’s not just the Russians and Chinese who play the interference game.

And in polluting our atmosphere it’s also breaching undertakings it gave governments in order to get approval for the giant Gorgon LNG operation.

The problem is that Gorgon gas is 14 per cent CO2. To get approval for the project Chevron promised new technology which would see the CO2 injected into the earth to be stored in a deep reservoir. But on 18 September last year the Western Australia Environment Protection Agency reported that no carbon dioxide had been reinjected up to December 2017.

No prosecution has followed. How did Chevron get away with such a breach?

Good Lobbying, good government contacts, a bit of influence here, a bit of pressure there.

It’s no secret that Chevron whispers in a few ears, though we don’t know exactly what’s said. Chevron lists nine of its activities on Australia’s Foreign Influence Transparency Register, a noticeboard that seeks to make public the nature, level and extent of foreign influence on Australian government and politics. The register is part of the Foreign Influence Transparency Scheme which seeks to identify anyone attempting to undermine our national interests. 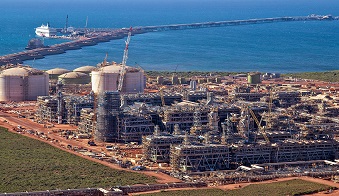 As operator of Gorgon, Chevron acknowledges that it undertakes general political lobbying and parliamentary lobbying on behalf of all joint venture partners, (including “foreign principals”) to influence government processes and decisions.

Presumably Chevron’s operations are a matter of national interest since in 2018-19 it single-handedly poured twice as much greenhouse gases into our atmosphere as was saved by our entire electricity sector in that year.

Surely Chevron’s lobbying is the very thing Prime Minister Scott Morrison wants to tackle when he says the government intends to strengthen Australia’s response to foreigners attempting to undermine our national interests.

It’s just the job for the Foreign Interference Threat Assessment Centre in ASIO.

But hold-on, maybe not. Attorney-General Christian Porter has clarified what the government is seeking to do with the revamped Foreign Influence Transparency Scheme.

Earlier this month (4 March) he told radio interviewer Gareth Parker that the people who were registering weren’t quite right. (This was after former Prime Minister Tony Abbott was asked to register as an agent of foreign influence because he attended an international conference.)

“….no one has a problem with foreign principals or foreign governments engaging people in Australia to speak with governments or engage in activities that are lobbying activities or advertising activities,” he said. “… But what we don’t think should be happening is that if someone is writing opinion editorials to influence government policy and they’re doing so at the request of a foreign government, that that should be a secret. People should know why people are making statements and what policy they’re trying to influence and who in effect that they’re working for.” He said the Government was looking for activities where someone could have been expected to register but hadn’t.

The newly appointed Director General of ASIO Mike Burgess further explained the objective in an address in February. “Foreign interference is about covertly shaping decision-making to the advantage of a foreign power and, left unchecked, it becomes highly corrosive,” he said. Almost every sector of our community was a potential target particularly: Australian parliamentarians and their staff; government officials; the media and opinion-makers; business leaders; and the university community.

Covertly shaping decision making? What precisely is he talking about here?

According to a Herald Sun report, Mr Porter has hired Chinese experts John Garnaut and Matt Fehon to help prepare evidentiary briefs on people suspected of being undeclared Agents of Influence.

Not again –the hoary old cold war Agent of Influence threat. This gets trotted out every few years, such as in 1983, when senior Labor Party official David Combe had pre-election drinks with Soviet diplomat Valery Ivanov; or in 2016 when The Weekend Australian Greg Sheridan told us that the federal cabinet had been briefed on Chinese government-sponsored networks of influence.

Sheridan explained: “These are people not doing anything illegal, and in some respects may not be doing anything wrong, but intelligence identifies them as acting directly on behalf of the Chinese government in furthering Beijing’s strategic objectives.”

But if these people aren’t doing anything illegal or wrong, why should our intelligence agencies devote their resources to monitoring their activities? Don’t they have anything better to do? Countering terrorism perhaps? And isn’t our democracy robust enough to have people pushing different points of view in private and public discussion?

Don’t for one moment believe that it’s only the Chinese or Russians who might be seeking to influence our attitudes, both covertly and overtly. Remember, for example the exposés worldwide of the US Central Intelligence Agency’s activities.

In Australia the CIA has in the past secretly funded sympathisers in the National Union of Australian Students (NUAS), the Congress for Cultural Freedom, Quadrant magazine, the International Commission of Jurists and Law Asia. (NUAS had voluntary elected officers but in 1964 received funds from the Forlander Trust to pay its president a salary and travel expenses. Forlander was an American body that claimed to be interested in bringing Australian and Asian students closer together. It was in fact a CIA front. Funding for the NUAS stopped in 1967 when the CIA connection was exposed.)

Today various “philanthropic” and co-operative American foundations provide scholarships for Australians to study in America, or participate in exchange programs. Study groups and trips for up-and-coming politicians and journalists are routine. For example, the American Australian Association established by Sir Keith Murdoch in New York City in 1948, is a privately funded non-profit organization dedicated to “deepening and strengthening cooperation and understanding” between the institutions and people of the United States and Australia. The AAA says it has provided a forum for collaboration and exchange between political and business leaders such as the US President, Australian Prime Ministers, federal and state cabinet ministers and the chief executives of leading companies across the United States and Australia.

Even if some of the meetings are in private, there is nothing improper about them. Many up-and-coming Australians wouldn’t think twice about accepting an invitation. But what if the Chinese government, or a group of Chinese business leaders, did the same? It seems that here our agencies must monitor and intervene.

Of course they would not see the need to interfere if, for example, a US energy company sought to undermine climate change science. It’s okay to accept a paid overseas tour to hear promises about how new technology will solve the problem. But it’s not ok to accept an invitation from a Chinese solar panel manufacturer or telecom company that wants to promote its technology!

Mike Burgess told last month’s gathering: “We’ve seen visiting scientists and academics ingratiating themselves into university life with the aim of conducting clandestine intelligence collection. This strikes at the very heart of our notions of free and fair academic exchange.”

We know who he’s talking about: the Chinese. Chinese academics should not identify with their country, be nationalists or expect other Chinese to be loyal. Americans would never do that! A Chinese academic should not, for example, point out that the One China Policy is a policy that both the Australian and US governments have accepted since the 1970s. Both only formally recognise the government in Beijing.

Chinese academic should not present China’s case for its claims to islands in the South China Sea. Only the US’s belligerent argument that its warships have the right to run up and down the Chinese coast should be allowed and that should always be badged as “Freedom of Navigation.”

Academics have been debating such issues for generations and surely today many still have the backbone to engage in robust debate. It’s none of ASIO’s business. Discussion is central to the profession.

And let’s keep in mind that Chinese influence is not responsible for the most appalling foreign policy decisions Australia has made in recent years. It wasn’t the Chinese who misled the world into believe that Iraq had weapons of mass destruction, leading to the US invasion of Iraq and Middle East, destabilisation, death and destruction. The Chinese have not withdrawn from the Paris Climate Change Agreement or the Iran Joint Comprehensive Plan of Action on nuclear development.

The Agent of Influence concept is cold-war McCarthyist nonsense that threatens the essential nature of democracy, the freedom to argue a case. This type of thinking was behind the security and intelligence agencies targeting Australian anti-Vietnam war campaigners exercising their democratic right to oppose the war. Protesters were accused of acting on behalf of foreign interests and ASIO opened files on many Australian activists.

With a massive growth in staff in recent years and apparently having nothing better to do, ASIO has revived this work-creation scheme.In June 2001 ASIO had 584 staff. Following the World Trade Centre terrorist attack and the Bali bombings, its staff was significantly boosted, growing to1,003 by mid 2006 when it had difficulties recruiting. Nevertheless it sought more. For this year (2019-20) its staff target is 1,957, almost double 2006 and more than three times 2001. And Mike Burgess is still having trouble finding recruits.

“If I can riff off that heritage and offer a shameless recruitment plug for ASIO,” he told the February gathering at ASIO headquarters, “….we need people who can out-think and out-imagine our adversaries, and who can harness the power of technology and data alongside good old fashioned relationship building to achieve our mission of protecting Australia.”

No one questions the need for an agency aimed at stopping terrorist attacks, identifying emerging threats and collecting and assessing intelligence. But it also has to be recognised that an agency such as ASIO can do little or nothing to stop the type of attacks we most frequently experience — the misfits, drug addicts and mentally disturbed people who are periodically “inspired” by an Islamic State or Jabhat Fatah al-Sham action and mount a random attack. Contrary to the claim of security experts that hoards of IS graduates would come back to Australia after the defeat of the caliphate, the incidents here are not part of an activist web that an agency like ASIO might detect.

And when the random attacks happen it’s the state police who first respond. If there is anything that might have given the authorities a hint of danger, it’s more likely to be a record of family violence than a record of association with Islamic State. Before the Lindt Café siege, Man Haron Monis’s recorded acts of violence were exclusively directed against women; Melbourne killer Dimitrious Gargasoulas had assaulted members of his family before he drove along Bourke Street killing six people; and Mohammed Ibrahim who stabbed three people to death in Melbourne earlier this month (12 March) had no known links to terrorism but was estranged from the mother of his child and was flagged on the police system as potentially having a mental health issue.

If we want to save Australian lives we’d be better off funding one thousand more staff for state police to counter domestic violence rather than double the size of ASIO.