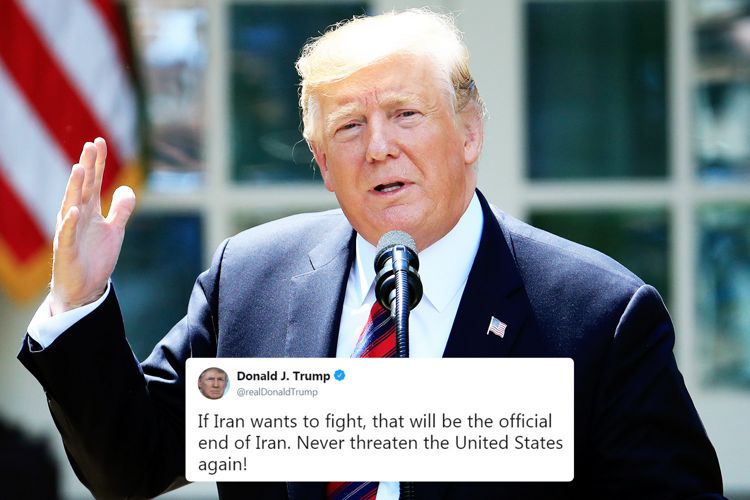 US – Iran Tension fuelled by provocative language could lead to war

“Following the post-election conversation with the US President, PM Morrison must assure the Australian people that he has not given any commitment to supporting military action against Iran. We call on him to inform the President that it is not in Australia’s interests to support military action on the people of Iran,” urged Ms Annette Brownlie, Chairperson of IPAN.

The Independent and Peaceful Australia Network is alarmed that the tense US/ Iran situation could lead to war following recent provocative language coming from the US President Donald Trump and Foreign Secretary John Bolton and the decision to send an aircraft carrier strike group and air force bombers into the region. A military assault on Iran would be catastrophic for the Iranian people and have immense global implications.

While Trump tweets “If Iran wants to fight, that will be the official end of Iran. Never threaten the United States again!” British Major General Ghika told reporters during a video conference from coalition headquarters in Baghdad on Tuesday, that there “has been no increased threat from Iranian-backed forces in Iraq and Syria”.

“If war erupted, Iran would almost certainly close the narrow Straits of Hormuz as a response to an attack – which is where a significant proportion of global oil supplies pass. This would result in the global economy going into a tailspin as the price of oil rocketed upwards. The US is playing with fire, but we would all be burnt,” stated Ms Brownlie.

“Australia has supported aggressive US military action from Korea through to the most recent example in Syria. Millions of people have died and millions more made homeless and countries have been devastated. This must stop,” said Ms Brownlie.

IPAN, representing a cross section of the Australian community is a strong community voice for peace promoting foreign policies.

IPAN will hold a national conference: ‘Australia at the Crossroads: Time for Independent Foreign Policies” in Darwin from 2-4 August 2019.  Further details here.