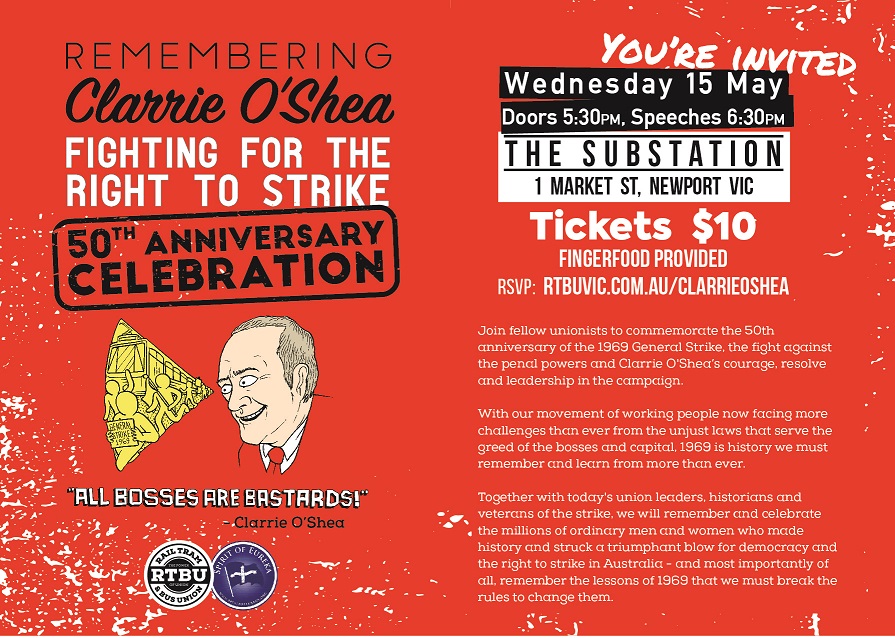 Commemorate the 50th anniversary of the momentous Clarrie O’Shea and the Penal Powers struggle on Wedneday 15 May in Melbourne.

This event is being jointly organised by the Rail, Tram and Bus Union (RTBU) and Spirit of Eureka.

Join fellow unionists as we commemorate the 50th anniversary of the 1969 General Strike, the fight against the penal powers and Clarrie O’Shea’s courage, resolve and leadership in the campaign.

With our movement of working people now facing more challenges than ever from the unjust laws that serve the greed of the bosses and capital, 1969 is history we must remember and learn from more than ever.

Together with today’s union leaders, historians and veterans of the strike, we will remember and celebrate the millions of ordinary men and women who made history and struck a triumphant blow for democracy and the right to strike in Australia – and most importantly of all, remember the lessons of 1969 that we must break the rules to change them.