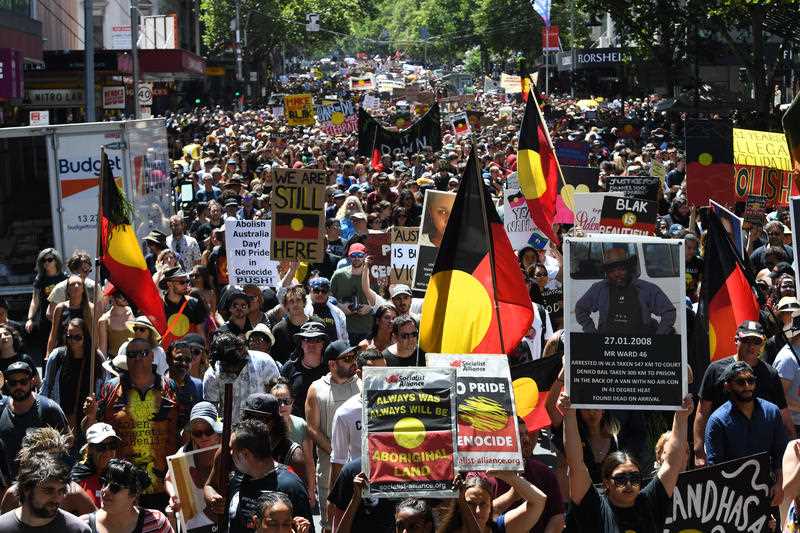 The legitimacy of 26 January was once again challenged this year as the date to celebrate ‘Australia Day’. Each year opposition to ‘Australia Day’, or what is really Invasion Day, grows exponentially. The biggest Invasion Day rallies were in Melbourne (80 000) and Sydney (50 000) where people demonstrated their enmity to First Nations’ dispossession and colonisation. These rallies in fact overshadowed the official Australia Day parades.

As Meriki Onus, one of the organisers of Warriors of the Aboriginal Resistance (WAR), stated in the media: “It is the epitome of colonialism to celebrate the invasion of Aboriginal people”. The amnesia that the powerful ‘Un-Settlers’ cloak themselves behind to celebrate Australia’s British imperil foundation is gradually being pulled away with historical truth telling.

It is looking more absurd as each year passes that reactionaries and anglophiles cling onto celebrating  the establishment of a convict settlement  and the invasion of Aboriginal Sovereignty. This absurdity was wonderfully emphasised by the diversity of those who participated in the rallies.

Amongst the Indigenous activists and members of the crowd who lead the rallies were massive numbers of Non-indigenous Australians – people of European, Asian, African, Muslim and Jewish descent – who supported the fact that Aboriginal Sovereignty was never ceded and the celebration of ‘Australia Day’ has got to go.

Speakers at the Invasion Day rallies pointed out that the war against Indigenous people continues daily as a result of the incarceration rates for Aboriginal people, their deaths in custody, in the removal of Indigenous children and in the ecocide of their country. The dispossession and genocide against First Nation Peoples’ is continued today by the ‘Un-Settlers’ government assimilationists and interventionists policies and the conqueror’s legal system.

Indigenous speakers were quite adamant that the Invasion Day rallies were not about ‘changing the date’, rather they want racists attacks by authorities on their people brought to a halt and their Sovereign rights acknowledged by engagement in genuine treaties.  They argue ‘Australia Day’ should be abolished, because in reality it is a celebration of massacres and genocide against the First Nations. 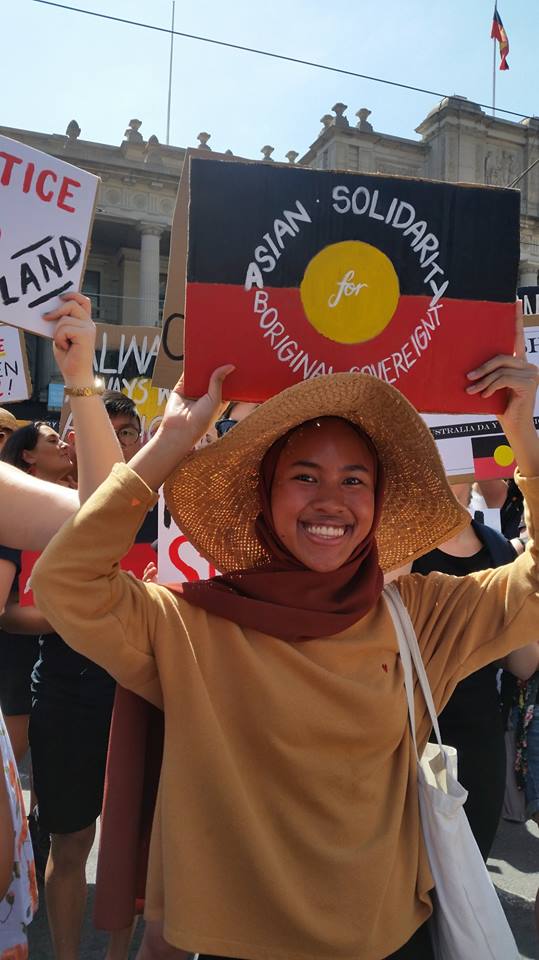 ‘Australia Day’ for First Nations’ people is a day of morning. This morning goes back to 1938 when the first protest by the Aborigines Progressive Association, led by William Cooper in Sydney against the sesquicentenary celebrations of the British invasion and colonisation.

This “Aboriginal Day of Mourning” continues to grow and will perpetually haunt conquerors of this land with their ‘white wash history’ and compel the political, economic and cultural powerbrokers of this country to eventually relinquish their power so that the First Nations can achieve sovereignty through genuine treaties.  Therefore to continue celebrating 26 January is a grotesque festival that commemorates 231 years of degradation and misery upon the Indigenous custodians of this land by the remanent British ‘Un-Settlers’.

It is not only the Liberal and National parties who maintain a reactionary allegiance to 26 January but that well know opportunist Bill Shorten, leader of the Australian Labor Party who willingly stands on the same platform on this issue. He brazenly continues the treachery of Kevin Rudd of keeping 26 January as a national day of celebration. This is a betrayal of the Indigenous Australians for in the run up to the 2007 election the ALP’s National Platform assured First Nations they would change the date of Australia Day, an acknowledgement that the day was an offense to them.

Until this country manages the unfinished business of Aboriginal sovereignty and historical honesty there will be no fitting date to celebrate Australia as a nation. A national day needs to be one of liberation and celebration of humanity, the present ‘Australia Day’ is none of these.

Indigenous  activists assert their right of sovereignty and for genuine treaties

The Indigenous activists from Warriors of the Aboriginal Resistance (WAR) are firmly pushing past the flawed language of reconciliation between Indigenous and non-indigenous Australia to speaking about  settler-colonialism, invasion and demanding liberation on their terms. Because the Reconciliation campaign and Constitutional Recognition, like Australia Day, are political concoctions to swindle the First Nations of their sovereign rights and let the  powerful ‘Un-Settlers’ off the hook.

As one progressive media commentator has stated, discussion… “should be of ‘conciliation’ rather than reconciliation, because there has not yet been a first step – nothing resembling a reckoning or a settlement. You can’t reconcile without an initial conciliation.” The powerful ‘Un-settlers’ and the conquering class have got to make an act of conciliation, admit the historical truth of invasion and destruction of the First Nations’ and make good on restitution of sovereign recognition and genuine treaties with the Indigenous custodians of this land. 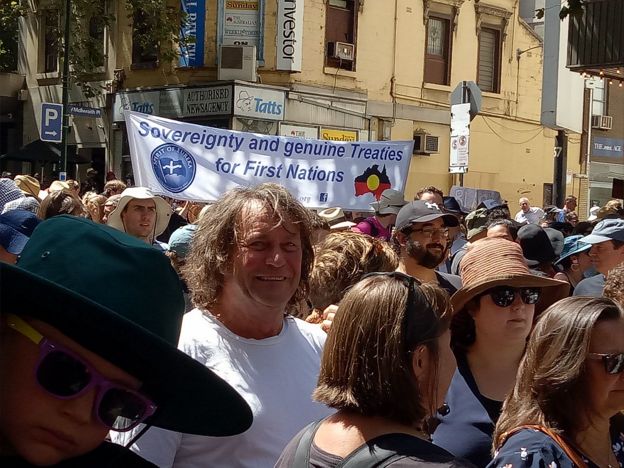 The ‘white wash history’ types like Prime Minister Scott Morrison may well prattle on about 26 January as a day, “we all come together to celebrate everything that is great about Australia”, it also gives the occasion for Indigenous Australians and their supporters to come together and point out that not everything is great about Australia and much needs to be changed. The 26 January as a day of celebration will continue to be contested in the years to come and Invasion Days protests will grow even bigger.

First Nations’ people have to confront a daily war of racism and discrimination in Australian society. 26 January gives Indigenous people one day of the year to hold up a mirror to Australian society of the past wrongs, the present discriminations and what future changes are needed for them to regain their rightful place in this land.

As the slogan reminds us: “Australia always was, always will be, Aboriginal land!” Non-indigenous Australians have got to come to terms with this, otherwise this country will always be in turmoil.