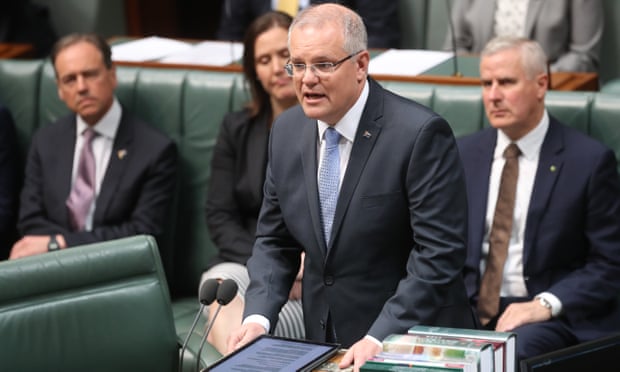 In October last year, Scott Morrison delivered his “Sorry” speech to the Australian Parliament. This was an important acknowledgement of the shameful sexual abuse of children in institutions. It was passionate, well delivered and appeared to be more than a “cheap act of redemption.” While in absolute accord with the disgust that all should feel for these crimes, I found myself in a moral dilemma.

First there was the suspicion that the speech was a cynical attempt for Morrison to improve his and his party’s abysmal ratings. After years of debate on the issue, but no decision made, the apology seemed to be pragmatic and self serving rather than sincere.

Secondly, I think “Sorry is NOT the hardest word,” contrary to the title. It is easy to utter the words, but if actions do not accompany these words of regret, the victims are abused again through broken promises and inactivity and new victims will be at risk.

Kevin Rudd in 2008 made his memorable apology to the stolen generations. It was another emotional event that finally acknowledged the dreadful saga of atrocities perpetrated against indigenous people. Mr Rudd I am sure believes that historians will consider his speech to have been a pivotal moment in Australian race relations. Once more, I am faced with a dilemma. This was an important cause, one we should express shame for, but have the words translated into actions? When years of debate and negotiation with indigenous leaders end with a refusal to give them a voice in parliament, “Sorry is NOT the hardest word.”

Finally, if saying “Sorry” is a vital FIRST step in redressing wrongs, improving lives, ensuring crimes against humanity are not repeated, and soothing the public conscience, why are we not expressing the same remorse to refugees? How is it any less shameful to incarcerate vulnerable people in appalling conditions where they have no future, poor health care, are unsafe and feel they have no value? How can we punish families whose only crime is to have risked their lives to escape persecution and likely death?

So in closing I urge all “fair minded” Australians to not only say “sorry,” but to DO something about these injustices. Let the politicians of both sides know we abhor the secrecy that enables these evils to continue in silence. We must challenge racist statements that lead to neo-Nazi demonstrations that promote discrimination and encourage violence. We should read the United Nations Charters On Human Rights and on Refugees that Australia is a signatory to. Read them it and act!