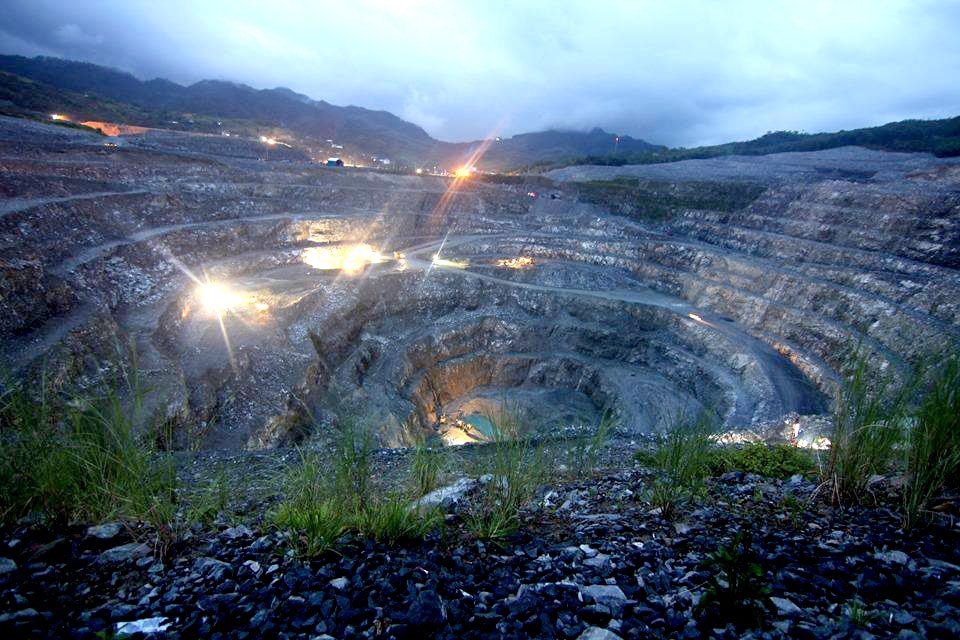 In 2008, I met Manoy Tony, an elder from the island of Rapu-Rapu in Bicol region, and Frances Quimpo, from the Centre for Environmental Concerns in the Philippines (CEC), in a public forum held in Melbourne about large-scale mining activities in the Philippines.

In the forum, they pointed out how huge mining companies like the Lafayette Philippines Inc, a subsidiary of an Australian mining company, have substantially destroyed the environment and community’s livelihood as a result of cyanide spills, pollution and depletion of water resources.

In fact, Lafayette’s two mine spills in Rapu-Rapu that happened in 2005 was amongst “the worst mining disasters in the Philippines”. Recent report shows that rehabilitation work on the mine site and surrounding coastal communities in Albay and Sorsogon has been very slow and the cost of rehabilitation has now ballooned to P310 million (‘Slow progress in Rapu-Rapu mine rehabilitation’, Rappler, 08 May 2018).

OceanaGold in the spotlight

Today, the issue of negative impact of large-scale mining in the Philippines continues. Another Australian-Canadian mining giant, OceanaGold, is the subject of a major research study done by the Institute of Policy Studies and Mining Watch Canada in relation to the company’s dangerous and irresponsible mining activities in Didipio, Nueva Vizcaya.

The report is based on a number of years of study and site visits on numerous fact-finding missions in the country since 2013. It found that OceanGold has violated several national and provincial laws and decrees and concluded that the mine “has significant negative impacts on water, forests, land, indigenous peoples, human rights, biodiversity, and workers’ rights” (Robin Broad et al, OceanaGold in the Philippines: Ten Violations that Should Prompt Its Removal, 31 October 2018).

As a result, the study recommends that the Philippine government should refused OceanaGold’s renewal of its licence after June 2019 as well as requests by the company for new exploration permits.

The OceanaGold’s Didipio Gold and Copper Mine Project in the Northern Luzon province of Nueva Vizcaya is indeed one of the manifestations of the country’s utterly flawed, anti-people policy on mining. It shows the ‘dark side’ of mining liberalisation on the Philippine economy, particularly the violation of the country’s sovereignty and national patrimony.

Many people are led to believe that foreign investment is good for the country because it generates income, economic development and local employment for the poor people in the community.

But this view is deeply flawed and short-sighted. How can a responsible mining industry contribute in the national development of a country whereby people’s lives and natural habitat of the local community are being disregarded?

The Philippines ranks amongst the world’s mineral-rich countries when it comes to gold, copper, nickel and chromite. But the country’s mineral resources only benefit large foreign companies and not the Filipinos who can use these resources to develop its national industrialisation (IBON, ‘PH minerals benefit foreigners not Filipinos’, 14 Mar 2017).

Since the passage of the Mining Act of 1995, the Philippine government has been actively pursuing the implementation of neoliberal program for the mining industry, under which twenty-five percent of the country’s land area becomes potentially devoted to mining (section 5 of the Act).

Huge incentives are given to mining firms by way of tax-free operations for the first five years and the relaxation of mining permit applications and the implementation of environmental regulations, assessment and its impact.

The more disturbing issue, however, is the ever-increasing human rights violations and extrajudicial killings of human rights activists who advocate for ordinary people and local communities opposed to large-scale mining operations.

Several studies reveal that human rights violations against anti-mining activists and environmental advocates are in fact perpetrated by the Philippine military and its security forces (Aytin 2016; Holden, Nadeu and Jacobson, 2011).

It is no coincidence that mining-related political killings have intensified since the creation of Investment Defense Force (IDF) to silence any opposition to mining.

Given the continuing escalation of armed insurgencies in the Philippines under the Duterte regime, it remains to be seen whether Australia’s military support of “advising, assisting, and training” to its Philippine counterparts would certainly materialise in a more direct involvement of Australian military personnel on the ground.

Since Duterte came to power in 2016, “there have been 30 extrajudicial killings related to mining; 12 of the victims are indigenous people” (Paul Christian Yand-Ed, ‘Mining in the Philippines: The steep price our people pay to line the pockets of a few’, Bulatlat, 23 October 2018).

Sister Patricia Fox, the 71-year-old Australian nun, who has been recently deported by President Duterte on the 3rd of November, urged the Australian government to take more pressure on the President over human rights issue.

She strongly called for the Australian government to investigate the mining activities of Australian companies whose project are displacing indigenous communities.

“They should start looking at Australian companies, particularly mining companies, because they’re hiring goons and … you know we have to start being responsible for what’s happening over there”, she said (‘Australian nun Patricia Fox lands in Melbourne after being deported from the Philippines’, ABC News, 4 November 2018).

People like Sister Pat (as she is fondly called) is relentlessly fighting for the rights and welfare of poor people in the Philippines in the hope to preserve the country’s environment and its natural resources for future generations to come.

It is of great importance that this issue is raised in the Australian public and expose what Australian mining companies are doing to the local communities in the Philippines.

The Australian people can help so much by raising this issue in the wider Australian community to stop the aggressive and irresponsible mining activities as well as the worsening human rights violations in the country.

Reyvi Mariñas is an Australian Immigration Lawyer and a Research Assistant at the Melbourne Law School. He is also the Secretary-General of Migrante Australia and the Secretary of Philippines- Australia Solidarity Association (PASA).

Aytin, Andrew, ‘A Social Movements’ Perspective on Human Rights Impact of Mining Liberalization in the Philippines’ (2016) 25(4) New Solutions: A Journal of Environmental and Occupational Health Policy 535-558

Paul Christian Yand-Ed, ‘Mining in the Philippines: The steep price our people pay to line the pockets of a few’, Bulatlat, 23 October 2018 <https://bulatlat.com/main/2018/10/23/mining-in-the-philippines-the-steep-price-our-people-pay-to-line-the-pockets-of-a-few/>