Below is email sent out by Andy Alcock from AETFA. It comprises his letter to the editor of The Australian Financial Review followed by background information based on an abridged commentary from Matthew Aid. 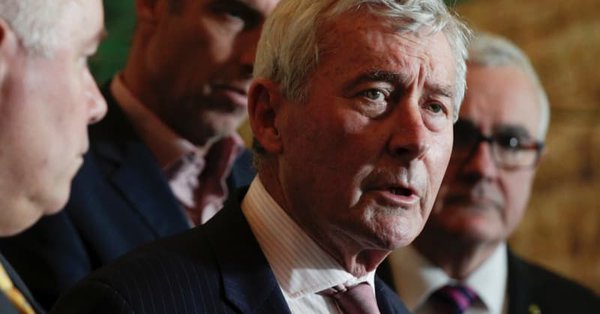 Many are asking why the ALP has been very silent on the issue of the Australian Government’s intention to charge Bernard Collaery and Witness K with conspiracy.

This article in Crikey might give us a clue:

We should not forget that former ALP (left???) PM Julia Gillard attacked Witness K when news first broke about Timor-Lester going to the International Court of Arbitration at The Hague.

This must be hard to take for those ALP members who have done so much over the years to support independence, human rights and justice for the East Timorese. – eg Richie Gun, Jean McLean, Janell Saffin etc.No sitting ALP federal parliamentarian would support the UNCLOS principle in relation to the Timor Sea Justice campaign except for Claire Moore.

Let us hope that the media coverage will build up.

The ABC’s Media Report tonight was great, but will this mean further government attacks on the ABC?

Let us hope that the Canberra action being planned on 25 July and that we can get some support from high profile human rights lawyers and some well-off generous people.

The Editor
The Australian Financial Review

LETTER TO THE EDITOR:
AUSTRALIA’S SHAMEFUL TREATMENT OF EAST TIMOR

Thank you for publishing the letters of protest about  the Australian Government’s action to charge Witness K and Bernard Collaery with conspiracy because they assisted Timor-Leste to  achieve some justice in the Timor Sea [“Prosecution adds to shameful act” – The AFR 2.7.2018].  Their actions meant that Timor-Leste got international recognition for  a maritime border that conforms to the UN Convention of the Law of the Sea and that it now has access to more of its oil and gas resources that rightly belong to it.

Apart from the latest dastardly action by the Turnbull Government,  It should be remembered that the East Timorese have been treated appallingly by Australian governments for a long time. Timor-Leste needs all of the resources that rightly belong to them especially after they suffered 24 years of illegal and brutal occupation by the fascist dictatorship of General Suharto that resulted in a decline in a third of the population, 80% of its infrastructure destroyed and a large proportion of the population traumatised and experiencing high levels of unemployment, high child mortality, malnutrition etc. It is the poorest nation in SE Asia.

To our great shame, all Australian governments supported the takeover by the Indonesian military (TNI) in 1975 by officially recognising it, by arming and training the TNI (while knowing full well that it was committing genocide and gross human rights abuses) and by being an apologist for Indonesia when TNI crimes were exposed.

This was a very shameful way to treat a nation whose people had suffered greatly during WW2 because of the support they gave Australia. During the war, Australia invaded Portuguese Timor in the hope that it would stop the Japanese attempting to use it as a base to attack Australia.

About 20,000 Japanese troops invaded Portuguese Timor to flush out the 400 Australian commandos who were there. After a year of fighting, Australia suffered about 40 casualites and the Japanese about 1000! This was because of the magnificent support that the East Timorese gave to our soldiers and it cost them dearly. About 70,000 East Timorese out of a population of 500,000 perished during the war while Australia lost 40,000 out of 7 million. It is believed that up to 40,000 East Timorese were summarily executed because they lived in villages that supported the Australians

The only high point in this whole shameful saga in the role that Australia played in INTERFET,  the UN peace-keeping story that pushed the TNI  But even then Australian leaders were very reluctant saviours.

Now our leaders should apologise to Timor-Leste for their past shameful conduct, drop the charges against Witness K and Bernard Collaery and pay back all the proceeds it has taken from the oil and gas in Timor’s half of the Timor Sea which is evidently worth billions of dollars.

The comment by Malcolm Turnbull does not absolve his government as the Attorney General Christian Porter did not have to give the go ahead.

The reason for this action against Witness K and his lawyer, Bernard Collaery, is because they courageously exposed the illegal and unscrupulous tricks that the Howard government perpetrated against the newly independent nation of Timor-Leste. The action by ASIS, ordered by former foreign minister Alexander Downer, was undertaken to cheat the poorest nation in Asia out of its main resources that it sorely needed to rebuild and develop after 24 years of illegal and brutal occupation by the fascist dictatorship of General Suharto.

It could also be added that the situation is made even worse because Australian governments supported the occupation of East Timor during the occupation by the Indonesian military (TNI) by recognising the illegal takeover, being an apologist when TNI massacres were exposed, arming and training the TNI while knowing full well that it was committing genocide and gross human rights abuses.

During WW2, Australia invaded Portuguese Timor in the hope that it would stop the Japanese attempting to use it as a base to attack Australia. At the time, Portugal was a fascist state and was allied with the Nazis and the fascist powers in Europe, but it was not a combatant in the war.

About 20,000 Japanese troops invaded Portuguese Timor to flush out the 400 Australian commandos. After a year of fighting, Australia suffered about 40 casualites and the Japanese about 1000! This was because of the magnificent support that the East Timorese gave to the Australians and it cost them dearly. About 70,000 East Timorese out of a population of 500,000 perished during the war while Australia lost 40,000 out of 7 million. It is believed that up to 40,000 East Timorese were summarily executed because they lived in villages that supported the Australians. 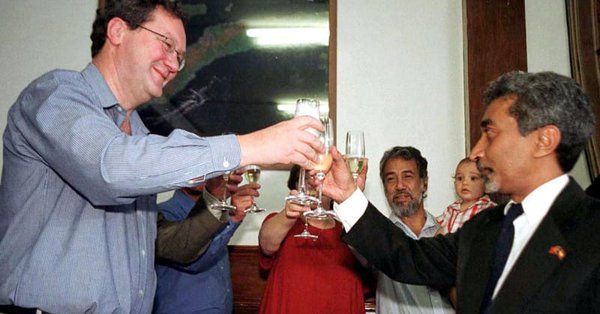 And this is the way that our leaders have repaid these long suffering people!! The reasons for this betrayal of our great WW2 ally was because conservative Australian leaders (LNP Coalition and the ALP) wanted to plunder the oil and gas in the Timor Sea – most of which belongs to East Timor – and to keep in good with US policies. After all, Dr Henry Kissinger and former US president Gerald Ford dined with Dictator Suharto on 6.12.1975 – the eve of the full-scale Indonesian invasion.

In 1965, the CIA with the help of the TNI and the connivance of the US stooge Suhartu overthrew the democratically elected Sukarno government and ushered in one of the largest bloodbaths in modern history. Indonesians I have met over the years tell me that over 3 million perished. The Suharto dictatorship encouraged extremely right wing vigilantes to go on a killing spree and many of the crimes they committed were sickening.

My blood pressure goes throught the roof when I hear American and Australian leaders preach about their dedication to human rights, social justice and the rule of law. These people do not give a fig about these principles. Their history shows this very clearly.

Ordinary Australians who really do treasure these values acknowledge that Witness K and Bernard Collaery are wonderful human beings who have helped the tiny nation of Timor-Leste to receive some justice despite the despicable behaviour of Australian leaders.

Former Australian leaders who aided the TNI while it exterminated so many East Timorese – not to mention West Papuans who are still being brutalised by it, Achehnese and many Indonesians who are sick and tired of the corruption and the brutality of the TNI, are the ones that should be facing the International Criminal Court for aiding and abetting genocide and human rights abuses.

Fair minded Australians are right behind Witness K and Bernard Collaery and call for them to be given official honours. Those politicians who want to imprison them for their actions are seen as being mean minded, exploitative, uncaring about the ideals of democracy, human rights, social justice and the rule of law and just plain vindictive.

They make me ashamed to call myself an Australian.

As Andrew Wilkie has said, they have now exposed themselves for what they are and the whole world will view them with disgust and loathing.