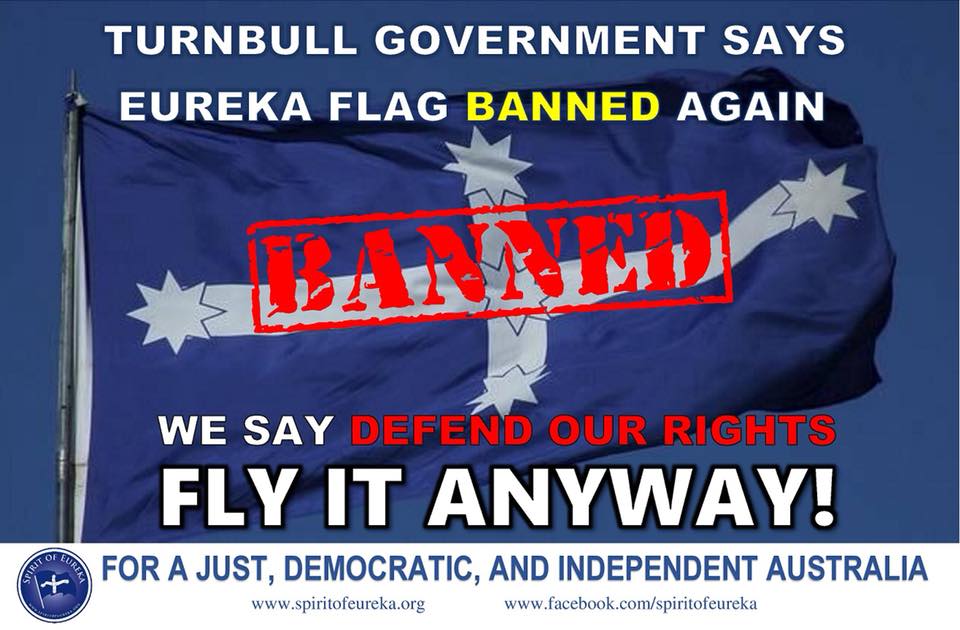 The Eureka flag is a powerful symbol of the ordinary Australian working people’s struggle for justice, real democracy and national independence.

The recent directive by the Turnbull government’s ABCC to ban the Eureka flag from construction sites is an attack on the democratic rights, freedom of expression and association of all Australian workers.

Consequently there is a huge outrage against the banning of Eureka flag and other union signage on worksites.

In 2007, the ABCC did the same thing under the Howard government but we fought back and won. And we can do it again!

Like the Eureka rebels more than 163 years ago, we must raise a rebel flag and stand in defiance of the unjust laws of oppressive governments, and fight to defend our rights and liberties. 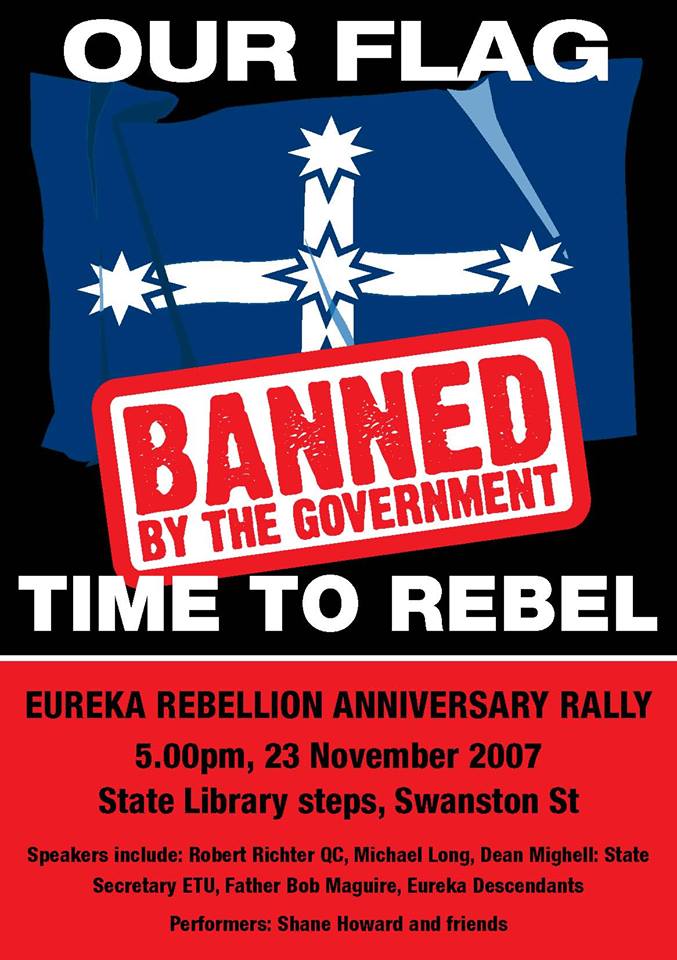 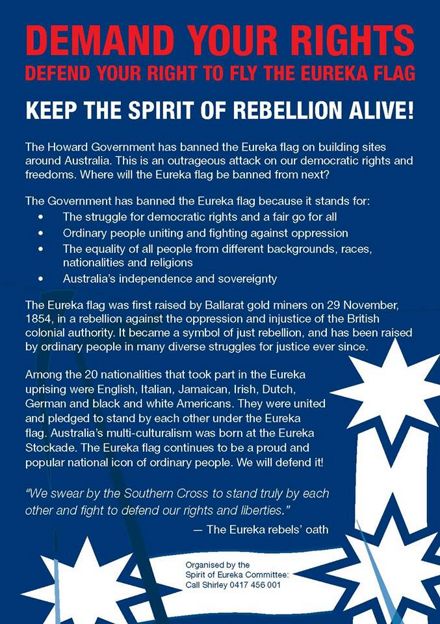 Nothing has changed at the ABCC: Eureka Flag banned on construction sites 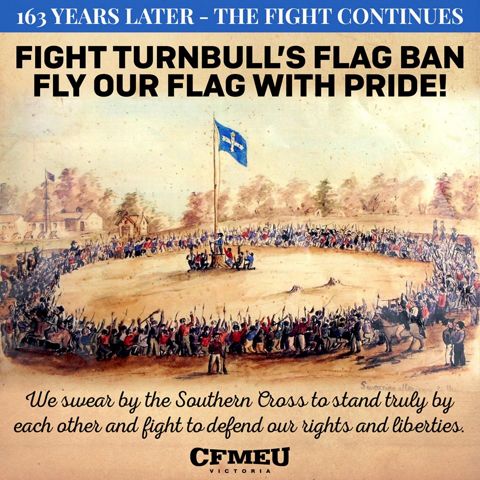 The Turnbull Government’s building industry attack dog has issued new Building Code rules that specifically ban the Eureka Flag from being displayed on a building site.

If an employer breaches the Code, they are ineligible to compete for Government work.

CFMEU National Construction Secretary Dave Noonan said it showed that nothing had changed at the ABCC since former boss Nigel Hadgkiss was forced to resign after breaking the very laws he enforced.

“We can now see that the new leadership of the ABCC is no different.

“It is very clear that the Turnbull Government’s ABCC is not about productivity or industry reform. The ABCC is merely a taxpayer funded vehicle for the Liberal Party’s culture war against unions.

“There are real problems that require the PM’s attention, like stagnating wage growth and casualisation of the workforce.

“Yet they have gone out of their way to make a specific set of rules for one flag – a flag that represents a struggle for democracy and fairness.

“Under these rules, it would be permissible to display the flag of North Korea, an ISIS flag, or a swastika – but not the Eureka Flag.”

The changes also include making the display of a single union logo on equipment on a construction site a breach of code. Union logos were permissible under the previous rules unless they were ‘voluminous or large scale’. This would mean, for example, that a union sticker on a hard hat would be a breach of the Code.

“At the same time they try to criminalise journalism, they are making rules about putting stickers on hard hats and flying the Eureka Flag.

“It’s behaviour you would expect under a dictatorship,” Dave Noonan said.