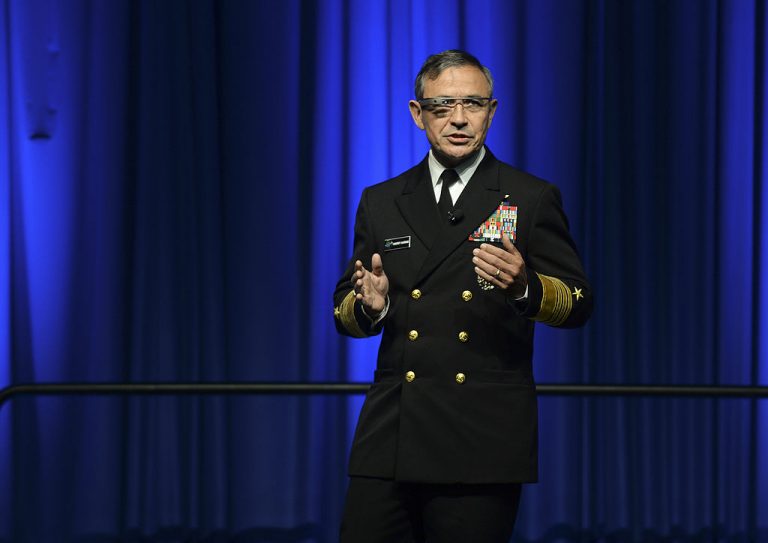 Imperial arrangements require decent overseer of subjects.  In the Pax Americana, which is, in fact, rather violent, Australia is indispensable in the Pacific theatre.  It offers land, facilities, and the means to eye future enemies and keep allies in check.  Wedged between China and the United States, Australia could focus on smoothing rocky roads and building bridges.  But this is something Washington is very keen on preventing.  Those in the business of empire want to monitor the level of satrap loyalty.

As General Joe Dunford, chairman of the US Joint Chief of Staff, explained, with measured gravity,

Enduring being the operative word here.

That Admiral Harry B. Harris Jr. will be making his way across to Canberra as ambassador to Australia (or, as the official appointment goes, Ambassador Extraordinary and Plenipotentiary) is significant in one fundamental respect.  Harris is a man with a digest of distinct hawkishness where it counts.  US power must be preserved; rivals must be contained.  His motivations to that end are simple enough.  He also fits, in many ways, the profile of an appropriate governor of a distant province that might, should the time come, prove useful in war.

“During his 39-year career,” goes the press release from the White House, “he served in every geographic combatant command and has held seven command assignments, including the US Pacific Fleet, the US Sixth Fleet, and VP-46.”

The Australian Prime Minister was quick to express his relief at the appointment of this new watchdog, this keen manager of US interests.

“Great to see Admiral Harry Harris nominated by [Donald Trump] as US Ambassador to Australia,” tweeted Malcolm Turnbull with stomach turning reverence.  “Look forward to seeing you in Canberra, Harry!” Tribute must be paid.

If you are going to have an officer of empire watching you, go for quality, the man with appropriate breeding and achievement.  This is the view of The Australian, a paper very much given to an uncritical stance on the issue of the US-Australian relationship.

“The move is likely to anger Beijing, given Admiral Harris’s hawkish views on China, but it will be seen as a coup by the Turnbull government to have such a well qualified and senior former US military officer in the role at a time of growing strategic uncertainty in the region.”

Daddy, in other words, cares, promising to lend a reassuring hand.

Harris’ statements on China, notably those describing its moves in the East and South China seas as part of a “Great Wall of Sand” have a certain noisy currency, ringing true with a firmer line adopted by the Trump administration against Beijing’s ambitions.  He has, at stages, urged an increase of missile capacity against China’s PLA.  Zhang Junshe of the China Naval Research Institute was moved enough to claim that the Admiral was “the most prejudiced and Cold-War-minded chief of all US pacific commanders since WWII”.

“Some might say an overemphasis on the Japanese background about an American general is a bit unkind.  But to understand the American’s sudden upgraded offensive in the South China Sea, it is simply impossible to ignore Adm. Harris’ blood, background, political inclination and values.”

Less known to Australians will be Harris’s time as commander of the infamous detention camp in the legal limbo of Guantánamo Bay.  It was there where the Australian David Hicks made legal history in efforts to try him by dubiously constituted military commissions. Hicks had been abandoned by the Howard government and thrown to the jackals.  But the US Supreme Court took issue with these creatures of executive fantasy, deeming them unconstitutional.  US Presidents, the court found, could not “invoke military commissions whenever he deems them necessary.”

It was Harris who featured in the news when three prisoners committed suicide in June 2006 in what was deemed a coordinated protest.  The men concerned were connected to various groups deemed undesirable to US interests in the dubiously named “war on terror”: a middle-ranking Al-Qaeda operative, the second captured in Afghanistan and the other a member of an unnamed “splinter group”. All three had been engaged in a hunger strike.

As Bill Goodman, legal director of the Centre for Constitutional Rights then explained,

“The total, intractable unwillingness of the Bush administration to provide any meaningful justice for these men is what is at the heart of these tragedies.”

Much criticism has been levelled at the Trump administration for not sorting out is ambassadorial appointments in timely fashion.  Australia has been without a US ambassador for 16 months. But absences have their uses.  A volatile Trump White House has Australian officials gnashing teeth and wiping brows, fearing the next confrontation.  To have an admiral of rank to conduct what will be the equivalent of a golfing stint coupled with eagle-eyed enthusiasm on compliance, is not necessarily something Australian subjects should relish.