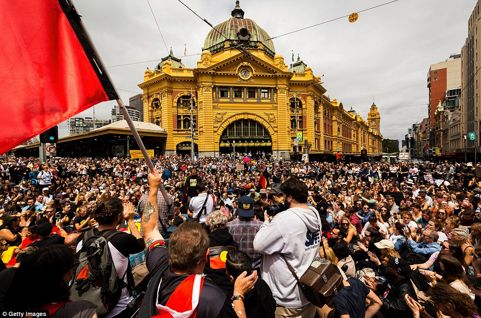 Public opinion is significantly growing against the 26 January as the date to celebrate Australia Day. From small protest sparks a couple of years ago to the present day firestorms over the controversy of Australia/Invasion Day, has now brought the legitimacy of this date into question. Australia’s history/culture wars were once again ignited when Triple J, at the behest of their audience, shifted its Hottest 100 from January 26 to January 27. This was followed up by the Greens leader, Richard De Natale who fired a new year’s salvo and endorsed the campaign to ‘Change the Date’.

As much as those with the ‘conqueror’s mentality’ deny it, the 26th of January represents the beginning of dispossession and genocide of Australia’s First Nations. History as a habit of catching up with us, or as the author Eduardo Galeano stated, “History never really says goodbye, History says, ‘See you later.’ “

Non-indigenous Australians are now more and more becoming aware of the history of the First Nations – from the ‘Frontier Wars’, removal from their lands to mission stations, captured to work in chain gangs, ‘The Stolen Generation’, deaths in custody to the recent assimilation policy. First Nations people are rightly in no mood to ‘cop it sweet’ with Australia/Invasion Day and are mounting bigger and bigger protests against the 26th, with the clarion call for recognition of their Sovereignty and a just Treaty. 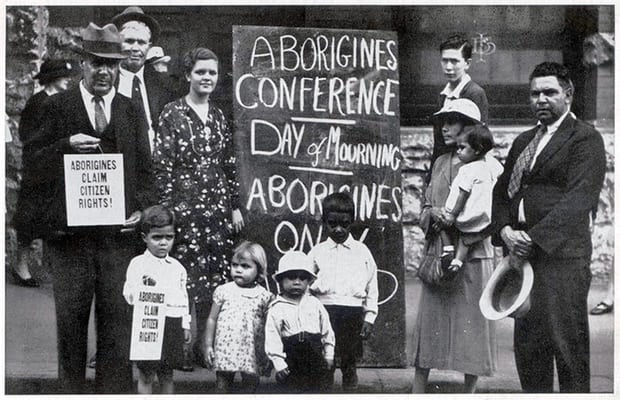 From the first national day of mourning in 1938, led by the Aborigines Progressive Association, to the current massive protests, led by the Warriors of the Aboriginal Resistance, the impetus for change is now overwhelming irreversible. The inane and warped commentary by parliamentary leaders, media shock jocks and right wing morons that Australia/Invasion Day unifies the nation are seen for what they are – history deniers!

Even for non-indigenous Australians there is nothing to feel patriotic about the establishment of a penal colony by the British Empire in New South Wales. The convicts sent here were Irish and Scottish political prisoners, combined with English prisoners whose only crime was thief so as to survive; for this the British rulers planned for these convicts never to return to their countries.

The odium of the Australia Day celebrations has created a false consciousness for many years amongst numerous non-indigenous Australians. In 1988, the bi-centenary, saw ‘Tall Ships’ in Sydney Harbour celebrated as the founding of Australia, which belied the 60, 000 years of Indigenous history of this land.

80 years ago, the sesquicentenary of the First Fleet, the NSW Government forcibly coerced Aboriginal people from the Brewarrina Government Mission to take part in a callous re-enactment of the landing at Sydney Cove. The unwilling Aboriginal actors were housed in lock-up cells for 4 days and then sent back Brewarrina on a train under guard.

Whilst Australia Day/Invasion Day is a good day out for most people, many Australians unfortunately commemorate a day whose history they have little to no understanding of. Nevertheless, agitation for a honest history is being accepted by an increasing number of the population.

Over time the swing of opinion against celebrating the current Australia/Invasion Day will eventually turn to a majority. First Nations have lead the way in the recognition that Australia is a prisoner of an imperial history and conquered nations.

The only day that Australians should celebrate as a national day is the one where the Liberation of the First Nations is achieved; this will see recognition of their sovereignty and a just Treaty. This, like Australia’s achievement of real independence from imperialist powers, is something that awaits us in the future.