A presentation given to Solidarity Breakfast on Radio 3CR, 17 December 2016 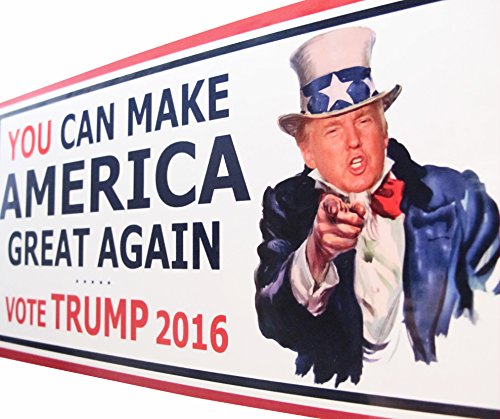 This morning we’re weaving three strands. The first continues our tracking of the on-going blockage to the expansion of capital. The second is the sesqui-centenary of the Das Kapital, next September. And the third is the economic programme proposed by Donald Trump.

We’re not in the least concerned with personalities. We’ll leave such trivia to the deplorables who can’t think beyond 124 characters. Nor are we concerned with the injustice of Trump’s programme.

We’ll leave it to the remnant of bourgeois progressives to point up the inequalities and the criminality. As scientists, Marxists penetrate beneath such surfaces to the unique kind of exploitation that is essential for the expansion of capital.

Hence, some of what we’re going to talk about might not be easy going if you’re not familiar with Marx’s critique of political economy. But 2017 will be a very good year to set out on what he admitted was a fatiguing climb up the steep paths along the royal road to the luminous summits of science.

Don’t worry if you’re rushing about at this hour on Saturday morning; the show is podcast with the notes posted on the 3CR site. And there’s background to Marx on sites such as www.surplusvalue.org.au

This morning we shall use Marx’s insights to consider three elements of the economic programme to make America Great Again: first, corporate tax cuts; secondly, a trade war with China; and thirdly, whether those two will create jobs in the U.S. of A.

First, where do taxes come from? All taxes have their origins in the labour of working people. We’re the only ones who can add value to the wealth of nature. But the spread of the tax burden is not so simple because of the peculiar way that we wage-slaves add value under capitalism.

The value that we supply falls into in two parts. One part is the amount of labour that is necessary to produce values equivalent to our wages. On average, that’s an equal exchange between capital and labour. The other part of our labour delivers surplus-value. Without that surplus-value, there could be no capitalism. Any taxes paid by corporations or individual capitalists derive from that surplus. No other source is exists.

It’s vital to be clear on this point. Whether the corporate tax rate is ten percent or forty percent, we workers are the ones who pay it, no matter how indirectly.

But what about the taxes that we workers pay out of our wages? Where do they come from? They can’t come out of the surplus value because that’s all taken by the capitalists. Hence, the taxes we pay must come out of the necessary value. In Marx’s terms, our taxes are part of the socially necessary costs of reproducing our labour-power.

Note the words ‘socially necessary’. There’s no iron law of wages. Drawing the line between necessary-value and surplus-value is the guts of the class struggle –in theory and in practice. The share of value that goes to wages is determined by the relative strengths of the contending classes.

(Arguing over how the taxes will be spent – that too is part of the class struggle.)

Whether most of the burden of taxes falls on labour or on capital is one more outcome of the class struggle. How that burden works out is complicated by the imposition of direct and indirect taxes. We’d need to sit down with a pen and paper to work all that out. But no amount of algebra can get away from our twin starting points. All taxes are paid for out of our labour. Their incidence is decided through class struggle.

To do so, we need to think about the two ways in which capital tries to extract more surplus-value out of us. The simplest is to lengthen our working day. When that happens, the necessary-value that we have to add to equal our wage will remain the same. That is because the costs of reproducing our labour-power do not increase if we work longer.

However, the value added during any extra hours is all taken as surplus-value. Marx calls the result of this pathway to greater exploitation ‘absolute surplus value’. Absolute surplus-value can be extracted only by lengthening the working day.

Nonetheless, there are other indirect ways for capital to increase its take. Marx refers to their result as ‘relative surplus-value’.

Capitalists chase after both absolute and relative surplus-value at once.

Their pursuit of relative surplus-value intersects with Trump’s trade war against China.

One way to get relative surplus-value is to reduce the socially necessary costs of reproducing labour-power. That is one benefit to capital from cheap Chinese imports.

There’s no doubt that U.S. workers lost out because U.S. corporates either moved off-shore or were put of business because they could no longer compete against imports.

But the outcome for capital-in-general (Marx’s social capital) is not so straightforward. The cheap imports cut into the socially necessary cost of reproducing labour-power in the U.S. of A. That pushed down the portion of value needed by U.S. workers. The total value that they produced remained the same. That meant more relative surplus-value.

To repeat: The amount workers need to exist shrinks. The result is that more value goes to capital.

So, lets imagine that Trump were to ban all imports cheaper than those made inside the USA. Prices would shoot up. One result would be huge pressures on workers to struggle for more pay. That will not be a happy outcome for his working-class supporters or for his corporate backers. Wal-Mart might go to the wall

ONE, can tax cuts ever stimulate investment? The answer is ‘Yes, they can.’ Whether they do so will depend on the actualities of time and place. The immediate future is the least likely time for a tax-cut to stimulate job-creating investments.

The implosion in capital that erupted during 2008 had its origins in excess capacity. Some of that excess has been shut down. For example, motor-vehicle and some steel production in Australia. But plant closures around the world have not eliminated anywhere near enough of the excess capacity. Indeed, China has increased its excess capacity to stave off graver  social unrest.

There are plenty of other signs of why handouts to the global corporates are unlikely to stimulate investment. First, with sub-zero interests rates in much of the world, why aren’t companies borrowing? After all, current interest rates are equivalent to being paid a subsidy.

Secondly, the erstwhile champions of smaller government are now calling out for public spending on infrastructure to make up for the lack of profitable outlets in the corporate sector. Trump’s trillion infrastructure spending is another promise to prime the pumps.

TWO Where might the U.S. corporates invest their tax cuts? One ‘solution’ to excess capacity at home will be to send more funds overseas. In fact, the near total absence of profitable investments in the metropolitan economies is seeing funds flow to the so-called ‘emerging economies’. In the case of Indonesia, there has been something of a slow down. Foreign banks are refusing to lend to crony corporates just so that they can pay off their bad debts.[1]

THREE Even if there is more investment inside the U.S. of A., will it  create jobs – or will it replace workers with machines? That has been a dynamic in capitalism for more than 200 years. Particular capitals ward off competitors and repress workers by replacing living labour with the past labour present in machines.

Of course, capital’s need to install new and faster machines has also been the source of crises. Each corporate ends up with ever more commodities to sell while the share of value going to wages shrinks. That outcome sounds like a recipe for even more over-production.

Meanwhile, a lot of the lost jobs are still ‘at home’ in the non-unionised South. Others are in US-owned factories around the globe. The Chinese didn’t steal jobs from U.S. workers. U.S. corporates are chasing more than low-wages. Above all, the owners and their agents need total control over the labour-time that they buy from us in exchange for our wages.

Well, that’s it for 2016. To get a grip on what 2017 holds for the class struggle don’t forget to check on line for the quarterly report by the Bank for International Settlements. It will be released just before the end of the year.