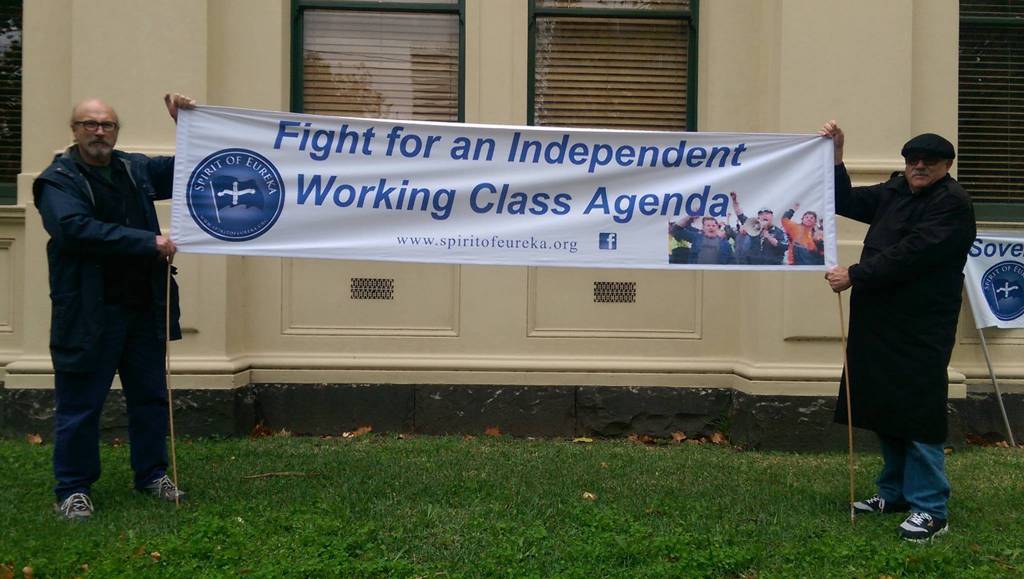 On May Day 2016 the Australian working class reflects on its achievements, won by its own hard struggle. But while giant corporations dominate Australian economic, political and ideological life, no victory for workers is ever permanent.

Both Coalition and Labor governments implement corporate control, and attack the rights of the Australian people. The organised working class is particularly targeted because it spearheads the struggle for a better future.

No wonder so many people are disillusioned with parliamentary politics when they are constantly used, lied to and attacked.

The ACTU recognises that dismantling the Your Rights at Work movement after Rudd’s election was a huge mistake. While multinationals ramped up their organised demands through the Business Council of Australia, the Institute of Public Affairs, the Murdoch press and their like, the Australian people were disarmed and disorganised. The Labor leadership did as they were told by their corporate masters.

Unions cannot allow themselves to be used during elections and abandoned afterwards by whoever wins. The working class has to fight for its own interests, and mobilise the Australian people behind it. Targeted seats’ campaigns may have their place, but much more is required to keep politicians to their immediate promises, and eventually wrest Australia from the control of its corporate masters.

What does an Independent Working Class Agenda look like?

A people’s movement built through communities and unions will give this independent working class agenda real teeth. Let’s start building it today!