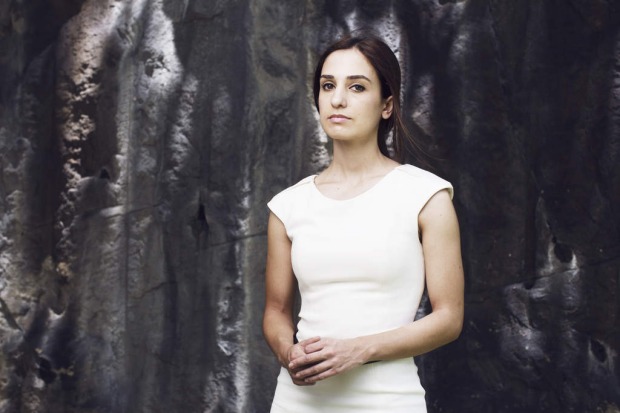 A turn to reactionary politics is nowhere more clearly seen than in a formerly independent voice moving away from criticism of the high and mighty towards attacks on little people. That is precisely what happened when Media Watch (the media watchdog of Australia’s public broadcaster, the ABC) bought into the propaganda war on Syria.

Media Watch had gained a reputation for making corporate monopolies squirm when their lies and manipulations were exposed. This was best done by lawyer Stuart Littlemore, who started and presented the show for much of the 1990s. Since then the program, run by ABC journalists, became tamer and more sensitive to political criticism.

The ABC itself was subject to a witch-hunt style inquiry in 2003, after the Howard Government accused it of biased reporting of the Iraq invasion. That inquiry upheld 17 of the government’s 68 complaints. Several management reshuffles and a fair degree of self-censorship later and the ABC is much less likely to ‘rock the boat’ over any new Washington-led war.

Nevertheless, it was surprising to see the near compete turn-around in ‘A Syrian Homecoming’ (Media Watch), ostensibly the critique of a story about a young Syrian-Australian woman’s visit to Syria, published in the Good Weekend magazine (‘Cry my father’s country’). In practice this was a savage personal attack on a young woman who opposed the foreign-backed war.

The Good Weekend story profiled Reme Sakr, who visited Syria last December both to see her father and to participate in an Australian solidarity delegation to Syria. This writer was also part of that 11 member group. Freelance journalist Chris Ray, who accompanied the delegation, wrote several articles on matters that emerged from our meetings with political, religious and community leaders; but the Good Weekend article was commissioned as a personal profile.

This long and well written piece covered Reme and her journey to visit her father in the Druze area of Sweida, after her work with the delegation. Reme had gone to school there and her father had returned home from Australia, after he retired. She was worried about him and Sweida, after hearing of attacks on Sweida by the western-backed al Qaeda groups.

The story therefore humanised a young woman and her family in the context of a war which has been characterised by many well-publicised atrocities by the western backed ‘rebels’, and a series of highly contested accusations of war crimes by the Syrian Army.

Media Watch researcher Emily Watkins asked Reme, Chris and the Good Weekend several questions before the program, but the narrative by veteran journalist Paul Barry, was one-eyed and relentless. Unusually, he focussed on subject of the story much more than the journalist, attacking Reme for her support of the Syrian Government.

Paul Barry, a journalist who made a fair amount of money on the side writing tame books on Australian media moguls Rupert Murdoch and Kerry Packer, seemed keen to re-ingratiate himself with the Murdoch stable. He quoted The Australian and Prime Minister Tony Abbott, as authority figures who had condemned Reme and her fellow travellers.

Media Watch also criticised the Good Weekend story for ‘sidestepping’ the alleged crimes of the ‘Syrian regime’ and for ignoring the ‘moderate Syrian opposition’. However author Chris Ray responded in a letter: “I wrote about and identified rebel groups who attacked Malek Sakr’s district and the road between Damascus and Druze territory in Sweida. Should I have written about other rebels who did not attack Druze territory? … Who is the moderate opposition anyway? The rebellion is dominated by Islamists who differ mainly in the extent of their sectarian intolerance.”

Outraged by the misrepresentations of the story, Reme wrote a two page reply to Media Watch; at the time of writing this letter was not posted on their website.

To the disgrace of the ABC, in the course of trying to de-humanise Reme and re-assert the western media line on Syria, presenter Paul Barry told several lies.

1. Barry said: “A couple of things seemed not right. The father turned out to be a leader of the minority Druze community”. This was both false and an ethnic slur. As Reme said in her letter ‘It is simply not true – and a complete fabrication on your part – to claim my father is a leader of the Druze. He is a religious man, an ‘Uqqal’ … [but] in no way is he a community leader … And why does belonging to the Druze, a religious minority, seem “not quite right” to you? Does it devalue my family’s story or our position regarding the conflict in Syria?’

2. Paul Barry said: “Reme Sakr clearly received special favours on her trip”, referring to a letter of safe passage she had from the government, when travelling to Sweida. This ‘special favour’ claim was untrue; and the Media Watch researcher didn’t even bother to ask Reme about it. In fact, as her Syrian ID card had expired, she needed a temporary identity document to travel through areas with many army checkpoints. Providing her with such a travel document and assisting with her safety, in these circumstances, is a duty that governments owe to their citizens.

3. The Media Watch presenter said Reme was “a leading light in Hands off Syria, which backs President Assad, refuses to admit he’s used chemical weapons.” This was another deception. Reme has publicly spoken out against the war on Syria and the Good Weekend story noted that her delegation had met with several Syrian ministers, including the Prime Minister and the President. Reme responded: “Since when did speaking out in support of a cause we believe in ever make us … less deserving to have our stories told?” The false suggestion was that Reme or the story had somehow covered up her anti-war activism.

Hands off Syria for its part, has always made it clear that it supports the Syrian people and their nation, not any particular political leader. Barry repeatedly misrepresented Hands off Syria and the delegation as “backing Assad” or expressing “solidarity with Assad”. Reme responded: “While many Syrian-Australians do back President Assad, Hands off Syria as an organisation supports principles rather than personalities – especially the principle that Syria has the right to self-determination free from aggressive interference by foreign powers and foreign-backed terrorists.” That distinction was lost on Media Watch.

4. In an effort to back up its claim that Hands off Syria and Reme “paint the popular uprising as a foreign invasion”, Media Watch showed three video clips of Reme speaking at rallies and referring to “foreign militants” and “foreign militants who are destroying the country of my mother and father”. The evidence presented does not support the deceptive claim that she suggested a Bush-style “invasion” was underway. Further, no evidence was cited to back the claim that the sectarian Islamist groups were part of a “popular uprising”. Indeed analysts for NATO, after more than two years of war, said President Assad probably had 70% support. The sectarian groups themselves have admitted that they have little popular support. Paul Barry’s claim that there was a “popular uprising” was baseless war propaganda.

5. Barry twice claimed that President Assad and his government had used chemical weapons, and that Hands off Syria and Reme had tried to cover this up. He cited a UN report from February 2014. This is highly misleading. While it is true that UN investigators (in most case conducting interviews from outside Syria) have “accused both sides of war crimes”, they have not accused individuals nor have they moved into any prosecutions. Further, no UN body has accused the Syrian Government of using chemical weapons. Indeed the available evidence is quite the reverse. It was the Syrian Government that first invited UN inspectors to visit and investigate chemical weapon use in Syria, after several attacks on Syrian soldiers and civilians. The NATO-backed groups tried to turn that around with the East Ghouta incident, launching an attack precisely when the inspectors were in Damascus. The UN’s report of December 2013 was not mandated to allocate blame, but did conclude that 3 of the 5 attacks were “against soldiers” as well as civilians – that is, they were attacks carried out by opponents of government soldiers. The February 2014 report said: “In no incident was the commission’s evidentiary threshold met with respect to the perpetrator”.

The independent evidence, which Media Watch ignores, was stronger. With the exception of the Washington-based Human Rights Watch (in lock step with the Washington establishment, as regards Syria), almost all independent reports on chemical weapon attacks in Syria tell a very different story. Gavlak and Ababneh (MINT PRESS, 29 Aug) reported that residents in East Ghouta blamed the Saudis for providing chemical weapons to untrained ‘rebels’. The ISTEAMS group led by Mother Agnes-Mariam provided a 17 September report which analysed video evidence of the attacks and said the massacre videos preceded the attack, and that staged and fake images were used. Seymour Hersh, the famous US journalist, wrote on 19 December that US intelligence was fabricated “to justify a strike” on Syria. The Peace Association and Lawyers for Justice group in Turkey issued a report in December saying that “most of the crimes” against Syrian civilians, including the East Ghouta attack, were committed by “armed rebel forces in Syria”. The New York Times in December retreated from its telemetry evidence claims, admitting the earlier vector analysis was ‘speculative’; and MIT investigators Lloyd and Postol reported on 14 January that sarin gas “could not possibly have been fired … from government controlled areas”. In its zeal to back the war on Syria, Media Watch covered up all these reports.

The scale of independent reporting which undermines claims against the Syrian Government stands in stark contrast to the open and boastful publicity given to atrocities (beheadings, mutilations, public executions including executions of children for blasphemy, launching of chemical canisters on rockets, attacks on civilian airliners, bombing of hospitals, destruction of mosques and churches) committed on an almost daily basis by the western backed terrorist groups.

“Contrary to what you tried to imply, I have no ulterior agenda in supporting one side or another in this war, but unlike you … I see Syria being pillaged and burnt to the ground by foreign-sponsored terrorists, I see my family fearing for their lives every time they leave their homes, and I see young women, just like me, being raped and made to watch as their fathers and brothers are beheaded.”

There was no hint of any controversy over the atrocity claims, in the Media Watch polemic. Given their experience and the time they had to investigate, we can safely conclude that Paul Barry lied repeatedly, as an exercise in war propaganda which served to cover up the crimes of western-backed al Qaeda style forces.

Far from the action of a media watchdog, this was the pits of tabloid, propaganda journalism. Rupert Murdoch’s media dynasty will be well pleased to see that the ABC’s former ‘watchdog’, on this particular dirty war, has pulled its own teeth.

Peace Association and Lawyers for Justice in Turkey (2013) War Crimes Committed Against the People of Syria, December, online: http://www.barisdernegi.org/en/war-crimes-committed-against-people-syria-report-peace-association-turkey-and-lawyers-justice