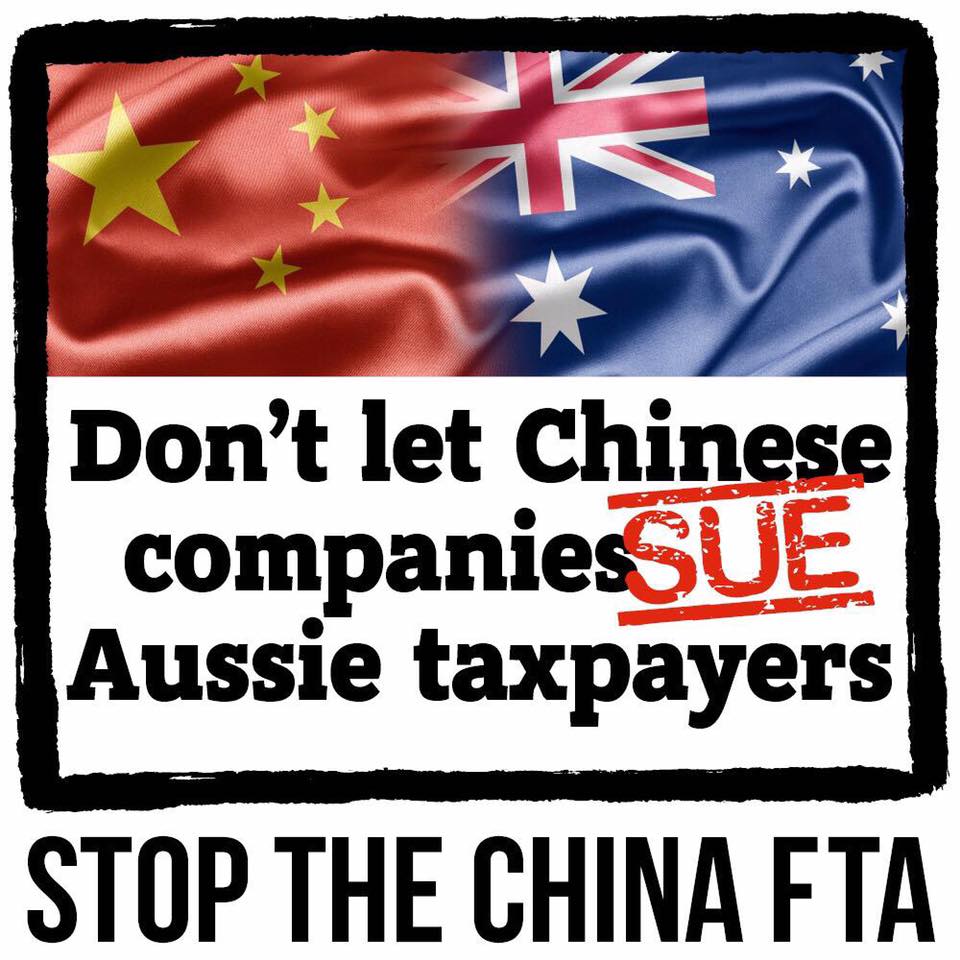 “The investment chapter of the China FTA commits China and Australia to detailed procedures for Investor-State Dispute Settlement (ISDS).This means that Chinese investors could sue the Australian government for damages in an international tribunal if they can argue that a change in domestic law or policy harms their investment. But the exact criteria that could be used for such cases is not spelt out in the agreement, but left to be determined by a review process to take place after three years,” Dr Patricia Ranald, Coordinator of the Australian Fair Trade and Investment Network said today.

“It looks as if the governments could not agree about the details, but were desperate to announce the agreement, so they have delegated these definitions to a review in three years, which will then be incorporated in to the agreement (pp 90-91). Under the current process for deciding the text of trade agreements, this is a Cabinet process. These changes may not have to be voted by Parliament, because they would not require changes to Australian legislation,” explained Dr Ranald.

“The problem is that the Australian Parliament will be asked to vote in the next few months for the implementing legislation for this agreement without having the details of what these provisions may mean in the future.  This is like asking Parliament to sign a blank cheque.”