This article is a Sovereign Union Media Release

“On 6 July 2015 Tony Abbott, Bill Shorten and the selected 40 government-appointed ‘Indigenous Leaders’ will be meeting together at Darling Harbour Sydney to discuss advancing the referendum proposal, but the exact time and location has not been released by the organisers.” 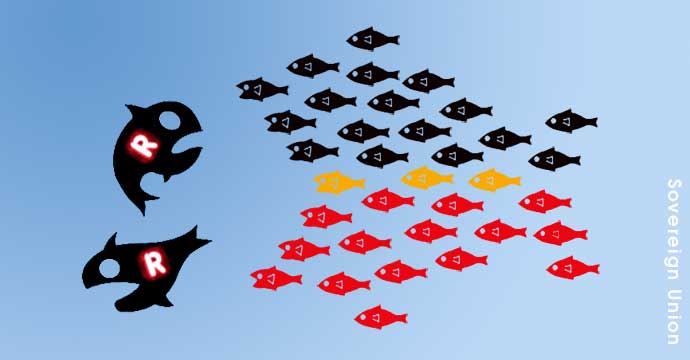 First Nations peoples must all join together to stop this forced assimilation.

Ghillar, Michael Anderson, Convenor of the Sovereign Union, co-founder of the Aboriginal Embassy and Head of State of the Euahlayi Peoples Republic released a statement today from Moree, where he is meeting with the executive of Northern Basin Aboriginal Nations (22 in all). The key focus is on natural resources and, in particular, water flows within the Murray Darling Basin and how the importance of water impacts on Aboriginal culture, through what is known as ‘cultural flows’.

“Clearly an important aspect of the issues under discussion is Aboriginal citizenship and our relationship to the rest of Australia. The Northern Basin Aboriginal Nations (NBAN) have concluded they are not Australian, but are themselves belonging to their own respective Nation. The delegates themselves express no interest in being part of the Australian Constitution because we have always been outside of the system. First we were denigrated as being closer to primates than humans; next we were aliens and non-persons; then the free citizens became concerned about the genocidal practices going on throughout Australia when they were clearing the lands of Aboriginal Peoples by killing with impunity; only then to have laws established to round up the rest of our Peoples giving them ‘protection’ from the murderous onslaughts of the free settlers and squatter society, as the Aboriginal Protector Bleakley from Queensland called it, ‘to smooth the pillow for a dying race.’ 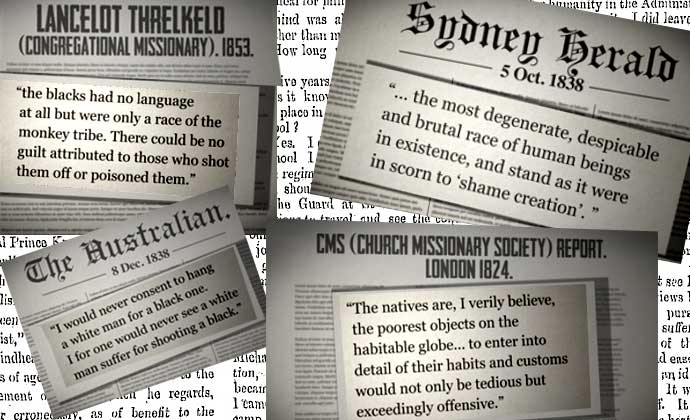 We were denigrated as being closer to primates than humans; next we were aliens and non-persons; then the free citizens became concerned about the genocidal practices going on throughout Australia when they were clearing the lands of Aboriginal Peoples by killing with impunity

“Now the Australian government realises that the objective to wipe out Aboriginal Nations and Peoples has failed and breeding the colour out did not work either, for our Aboriginality has remained a driving force within the spirit of the people. The Australian government has had to admit that Aboriginal Peoples are outside their colonial legal system. We have always been independent First Nations and Peoples. The constitutional referendum ambition is fraught with many dangers for Aboriginal people. The key danger being that any participation by Aboriginal Peoples to support this government-initiated drive for inclusion will be seen as Aboriginal Nations and Peoples acquiescing and agreeing to be governed by the Crown and dictators, such as Tony Abbott.

“It is totally illegal for the Government to spend so much money on promoting a referendum without providing equal amounts of money for the No campaign. Nobody hears the rational thoughts of the opposition from within the Aboriginal communities, who realise the overall agenda of the Recognise campaign is one of assimilation, being coerced into consenting to be governed by a colonial power, and we gain nothing.

On 25 June 2015 the Commonwealth government published its Final Report of the Joint Select Committee on Constitutional Recognition of Aboriginal and Torres Strait Islander people which is available for all to read (link is external) at – http://apo.org.au/files/Resource/report_8.pdf (link is external)

On 6 July 2015 Tony Abbott, Bill Shorten and the selected 40 government-appointed ‘Indigenous Leaders’ will be meeting together at Darling Harbour Sydney to discuss advancing the referendum proposal, but the exact time and location has not been released by the organisers, Prime Minister and Cabinet. The meeting is not even listed as an ‘upcoming event’ on their website www.dpmc.gov.au (link is external). We need a united protest outside to demonstrate our opposition to this corrupted process.

An environment is being created where there will be no free prior and informed consent from the Aboriginal grassroots, but rather public servants’ middle class Aboriginal voice through regional, provincial and city-based meetings will be viewed as gaining authority from Aboriginal Peoples and this is so far removed from the truth.

Our problem is the mainstream media shuts down and blocks the opposing voice of Aboriginal Peoples. It’s all about the Noel Pearsons and the government stooges, who are paid enormous amounts of money to run TV campaigns throughout Australia paid for by taxpayers. The Australian public will soon realise that is a decision by them and not by Aboriginal Peoples. It is the Australian public that need to be told the truth. It is a disgrace that the middle class black Australia are running psychologically disturbing sob stories across the face of mainstream media talking about ‘poor bugger me blackfella bin here 40 000 years and got nothin’. To have the word Aboriginal people and Torres Strait Islanders in the Constitution will not alter the impoverished situation of Aboriginal Peoples throughout Australia in the immediate short term or longer term. 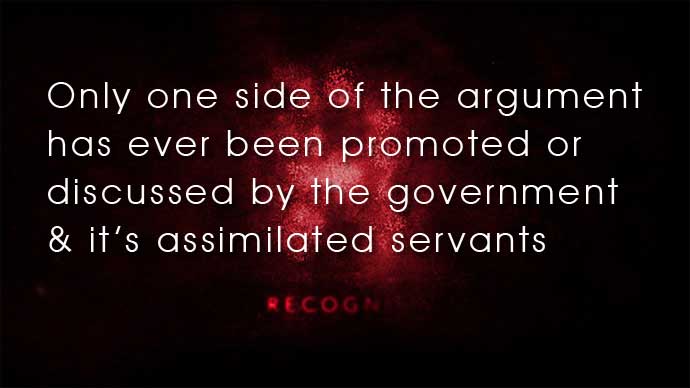 Most importantly the Aboriginal Nations, who have declared their independence by way of the UDIs, Unilateral Declarations of Independence, legitimately stand outside any Aboriginal people’s approval for a constitutional change, if it succeeds at all. We are many languages, we are many Nations, each with our own Law and culture that does not permit one mob making decisions for the other. There is sufficient evidence right across this continent for this. The middle class black collaborators know it and the government knows it. We are like Europe . The French will never be permitted to make decisions for the Germans and the Spanish and vica versa, so too is Aboriginal Australia similarly organised.

This constitutional inclusion concept is a pipe dream of highly paid middle class Aboriginal people. The corruption of money is also a factor in this campaign to the point where the Abbott government has created an illegal coercive strategy that says if you want government money for Aboriginal programs from IAS, the Indigenous Advancement Strategy, you are required to promote the Recognise campaign as a significant outcome in your application. If you refuse, or you don’t know this is a funding prerequisite, then you receive no money no matter how good your program may be. This equates to an extortion-type approach. It is criminal to think that governments are saying that if you want to provide a service to Aboriginal Peoples then we will only give you funding if you sign up to this promotion of Constitutional inclusion, which will be a false representation of consenting to be governed by the colonial power.

The illegal practices that are going on should be investigated by the ICAC because there is no freedom of choice and the government is spending millions and millions of taxpayers’ dollars to build a one-way street for Aboriginal Peoples. Forced assimilation and genocide – you bet!

There is a large proportion of the Aboriginal population who will not be part of this ##and we will rally the forces at the grassroots to let the Australian non-Aboriginal population know that this is not about improving our rights and addressing the oppression and poverty, but it is about stealing our patrimony by stealth.

Our People are being held to ransom through this Recognise campaign. Nobody can inform anyone of how ‘Recognising’ Aboriginal Peoples in the Constitution will improve our plight.

The Australian public know we are here, we don’t need it in the preamble of a colonial Constitution.

We have a right to develop ourselves according to our Law and culture, locating our own niche on our own lands. 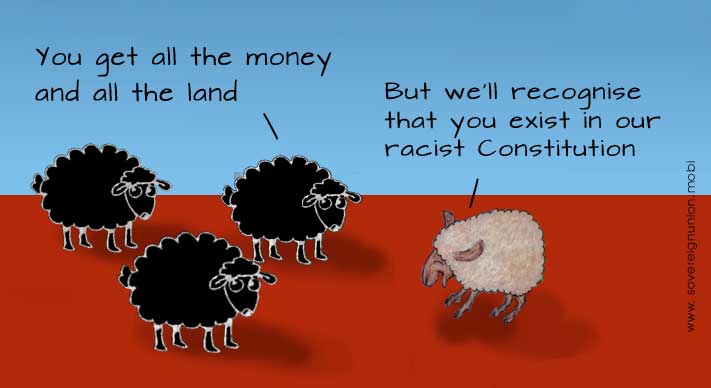