This article came from the Wikileaks Party site

It is rife in mainstream Australian politics, especially in the ALP, for senior figures to be compromised by US connections, writes Julian Assange. 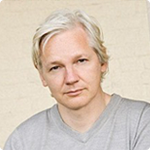 Tony Abbott says we need to protect our sovereign borders. I couldn’t agree more. But the real threat comes not from a few destitute refugees, but rather from the infiltration of Canberra by the United States government and its overfed corporate allies.

In standing for Senate office, I see it as among my most important tasks to challenge and expose this toxic degradation of Australia’s democracy and independence.

All countries need a strong defence to maintain their sovereignty and self-determination and to ensure they are not imposed upon by others. But are our interests best served by subordinating Australia’s military, diplomatic and natural resources to US agendas? Even former prime minister Malcolm Fraser now says that Australia has become too beholden to US interests. This is not just a matter of military and intelligence capacities; it also runs to economic and corporate policies.

When it comes to subordinating Australia’s independence to the United States and its big business partners, the ALP and the Coalition are barely distinguishable. Both are abject in their servitude to Washington, and both vie in their eagerness to give US big business protectionist sweet deals through secretly-negotiated so-called Free Trade Agreements. And they are not averse to back-tracking on environmental and other legislation to appease their US allies. For example, a US cable published by WikiLeaks, and reported by Fairfax, revealed that under secret US pressure the Labor government neutered a navigation law designed to protect the Great Barrier Reef from oil spills.

Are secretly negotiated trade deals really in the public interest? In 2010, the Productivity Commission told the Gillard Government that there was little evidence to suggest Australia’s six free trade agreements have produced “substantial commercial benefits”. And it is well known that well over 70 per cent of the profits from the Australian mining sector flow overseas.

In fact these agreements are far from free. They are binding instruments of geopolitical realpolitik negotiated in secret, which add many layers of regulation that privilege super-sized international corporations with large and aggressive legal teams, at the expense of most Australian businesses. ISDS tribunals are a case in point. And if the Coalition have their way there will be more such agreements to come. Why is it that Australians know so little about the extremely serious Trans-Pacific Partnership (TPP) currently under negotiation by our government? Because it is being negotiated entirely in secret. Everything is kept from the public, so how can we ensure the interests of Australians and their businesses are being adequately represented?

It is rife in mainstream Australian politics, especially in the ALP, for senior figures to be compromised by US connections. Take Bob Carr, for example, our current Foreign Minister, who was sucked into the US system back in the 1970s when he was feeding information to the US embassy about the Australian union movement. He admits that while working with the unions in his 20s he met with the US embassy. Well, what does a New South Wales union man have to do with the United States embassy? Or consider Mark Arbib, formerly a member of the Labor cabinet and one of the primary power-brokers that put Gillard in place in the coup against Rudd. In US cables released by WikiLeaks, he is described as a key source for the US Embassy throughout his political rise. The Kissinger Cables released by WikiLeaks this year also reveal the extent of Bob Hawke’s attempted political subversion by giving the US political intelligence on the Whitlam government.

Who do these people really represent when they get into Canberra? Do they represent the electorate? No, naturally enough, they represent the networks to whom they owe their positions and influence, which in the case of Bob Carr include the US Embassy and the Macquarie Bank. No one is in any doubt about where the unelected senator Bob Carr will go after this election: he’ll be parachuted into a high-paid US consulting job or he’ll go back to helping the Macquarie Bank make deals with the government.

It’s hardly any different for most of the ALP and Coalition leadership. As soon as they see their political ship going down, they start using what influence they still have to do favours for their mates, selling off Australia’s heirlooms as fast as possible, and making sure there’s another ship – usually a big corporate vessel – to jump onto.

Over recent decades Australia has clearly had difficulty securing its sovereignty in relation to Washington. The refusal of the Rudd government to talk about the mass violation of the private communications of Australians – including those stored at Google, Facebook, Microsoft, Apple, Skype, Yahoo and others – drives home the point.

The purpose of our military is to preserve our self-determination, not to subordinate our country to the futile wars and obsessions of a declining foreign power. We need to increase the autonomy of our military and intelligence agencies so they work for Australian interests rather than for the foreign networks of compromised politicians like Bob Carr. Australia must always be in a position where it can say no, and mean it.

This is the reality of Australia’s politics which must be stopped. We must bring people to Canberra who have proven themselves to be incorruptible, so they can clean it out.