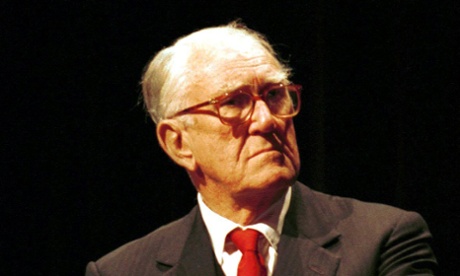 The former Liberal prime minister (1975 – 1983), Fraser who spoke at the launch of the Melbourne Globalist on 2 June, warned the US could launch attacks from Darwin and that Australia’s foreign policy is “complacent”, he also criticized the government for being detrimentally dependent on the US.

In his speech at Melbourne University, Fraser stated he was “ashamed” that Australia was an accessory to the “falsehoods” and a willingly accomplice in the Iraq war and attacked the present deployment of American troops in Darwin.

Here he was referring to the 2,500 American troops who are now rotated through Darwin for training, with equipment such as amphibious assault craft, jets and helicopters sent to Australia, in an effort to bolster the US military posture in the region.

Fraser argued Australia was “hostage to the decisions of a country 10,000 miles away”, and this was an example of a damaging imbalance in the US-Australian relationship.

He pointed out: “And they aren’t going to say ‘Canberra, we don’t like what people are doing here and we want to attack them and we want to use those forces you’ve so conveniently housed in Darwin.’

Fraser stated that Australia should be suspicious of “not very good” US foreign policy in the Middle East and northern Africa being recreated in the Asia-Pacific region, advising the government to develop an independent Australian identity that concentrated on engaging with regional nations.

“We are a complacent nation when it comes to foreign affairs,” he warned. “Since the end of the cold war and the failure of the Soviet Union, our ties to the US have become closer and closer than ever before.

Fraser advised that Australia was in jeopardy of being a minor player by becoming enmeshed in US foreign policy ambitions, with regional powers such as Indonesia becoming more important to Washington.

“The largest Islamic country in the world would rate highly in the priorities of the United States,” explained Fraser. “20 million Australians? Not so highly.”

“It’s time Australia stood up and learned to be independent. To have no external entanglements that would stop it making up its own mind.

“In the second Iraq war there were three nations involved and I’m ashamed to say Australia was one of them. And they went to war on a falsehood.

“[Chief UN weapons inspector] Hans Blix wasn’t allowed to finish his job, because if he had, he would’ve shown there were no weapons of mass destruction.”

He targeted for criticism the Australian mainstream media for not exposing the fact that the Australian army general Richard Burr was appointed as the second in command of US Pacific operations.

“The announcement was made by the [US] secretary for the army, John McHughand wasn’t published in the Australian – but it was by the Guardian, in England,” Fraser noted.

He said this appointment was “another way of tying us into decisions that they make and makes us complicit in whatever they do”.

“The senior American military people, as the British before them, are very good at making people feel important. It flatters lesser powers and some people are not immune to the consequences of that,” Fraser cautioned.

Spirit of Eureka commends Malcolm Fraser for his sincere and frank stance in opposing US aggressive policy of big power domination over smaller countries. It is rare to see past and present political figures, such as Fraser, courageously state the need for Australian independence and a foreign policy that advances the interest of the people here and overseas and not the predatory interest of a world superpower.