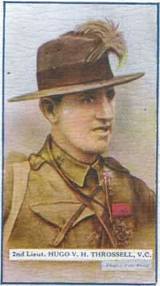 April 25, ANZAC Day is annually drummed into the Australian psyche as the day of remembrance for the sacrifices of soldiers who fought and died for the freedoms we now exercise. Unfortunately the reality is somewhat different. Australia’s involvement in wars such as: Boer War, Gallipoli, Western Front, Korea, Vietnam, Iraq and Afghanistan were for fought reasons of empire or imperialism. Soldiers lives were sacrificed, not for democracy but for strategic advantage and valuable resources.

What is noteworthy about Australian soldiers involvement in wars is the fact that they have been sent by foreign great powers (Britain in the past followed up by the US); and been overseas military adventures where another nation is invaded and occupied, and not actually for the defense our own country. Certainly soldiers and civilians who have lost their lives in war should be commemorated, but regrettably militarism takes over and prepares public opinion for future aggressions to take place in another part of the world. Where will the next conflict be – Asia, Africa, Pacific?

The story that is presented about Anzac by authorities does not give a voice to Australian’s opposition to war and especially to those soldiers who came back disillusioned and anti-war.

By 1916, recruitment levels for the Australian Army had fallen to their lowest levels. High casualty rates, a longer than expected conflict, and a plummet in enthusiasm for the war brought about the problem for the government to continue the war effort.

The conscription question deeply divided Australia with large meetings held both for and against. It split the Labor Party with Billy Hughes leaving and joining the pro-British imperialist conservatives.

After the first plebiscite the government arrested and prosecuted anti-conscriptionists such as Tom Barker and many other members of the Industrial Workers of the World. Even John Curtin, who was to be prime minister of Australia in WW II, was arrested for opposing conscription.

Anti-conscriptionist publications were seized by government censors in police raids.

Australian army Gallipoli hero Captain Hugo Throssell VC (VC – The Victoria Cross is the highest British military award for bravery in combat) came back from the overseas conflict anti-war, anti-empire and anti-imperialist. He was invited by his home town of Northam (WA) to participate and speak at a celebration of the peace treaty with Germany. However his speech at the gathering brought the pro-war establishment down on his head.

This is some of what he said that was reported in 1919 from the newspaper The Queensland Worker :

“The war has made me a Socialist. It has made me think and inquire what are the causes of wars. And my thinking and reading have led me to the conclusion that we shall never be free of wars under a system of production for profit, with its consequent over-production, periodic crimes, unemployment and the struggle for markets… .

“I want to work for peace because I know and have seen the horror of war. If only the people who say they want peace would do the logical things to bring it about, there would be no wars… .

“While it is possible for unscrupulous men, profiteers, and manufacturers of war materials to profit by war, we will always have wars.

“If we do not want war, we must change the system of production for profit, and organise not for the benefit of a few people but of the community as a whole.”

After this, unlike other war heroes Throssell received no official recognition.

Another side to the story

Until this history of the Anzac story is rightfully acknowledged and given space in the mainstream media and officialdom, the Anzac legend that is served up to us is in reality just myth making for spurious reasons. Australia’s involvement in many wars, like other countries, has less to do with freedom and democracy and more to do with, as Throssell argued, with profit and the struggle for markets. The truth about why we go to wars needs to be honestly answered. If it is not it does a disservice to our soldiers and to those civilians who died in these wars.