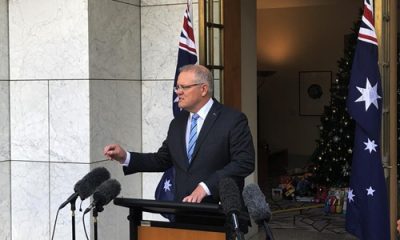 “I am not going to be talking about numbers today,” Australia’s Chief Medical Officer Paul Kelly told Australia’s Radio National on April 12.  This echoed suggestions from the Australian Prime Minister, Scott Morrison, who had adopted the position that Australia best forget meeting any clear vaccination targets.  Having left battling the pandemic to State governments, the Federal government has found itself unable to execute its program, if one dare call it that.

Part of the monumental failings of the government can be put down to its stubbornness in prioritising the use of one vaccine.  AstraZeneca was meant to be the vaccine wonder, the Godhead, the miraculous deliverer.  CSL, Australia’s only vaccine manufacturer, was given the task of producing the majority of 54 million ordered doses at its Broadmeadows factory in Melbourne.  Many of those now risk being essentially useless.

AstraZeneca’s product has been plagued by a profile that has become a ballooning public relations nightmare.  While various medical authorities in Europe delayed the application of jabs fearing a possible link between the vaccine and a rare blood-clotting syndrome, Australia looked on with goggle-eyed wonder, insisting that no pause was necessary.  Administrative objectives took priority over medical ones.

Last week, Morrison’s medical advisers made things even more trying by suggesting that the AstraZeneca vaccine be ruled out for those under 50.  In a media release on April 8 by the Department of Health Secretary Brendan Murphy and Chief Medical Officer Kelly, it was revealed that they had “received very important advice” from the Australian Technical Advisory Group on Immunisation (ATAGI).  ATAGI had been considering European and US findings regarding any possible link between the AstraZeneca vaccine and any possible cause of “thrombosis with thrombocytopenia” characterised by “blood clots with low platelet counts.”

In Europe, one in every 250,000 people who had received AstraZeneca had been diagnosed with the rare blood clot condition.  But Australia had not been spared, with one patient suffering thrombosis  and a low platelet count after being vaccinated on March 22.

ATAGI had recommended that those under 50 years of age should take the COVID-19 Pfizer vaccine instead.  “This recommendation is based on the increasing risk of severe outcomes from COVID-19 in older adults – and hence a higher benefit from vaccination – and a potentially increased risk of ‘thrombosis with thrombocytopenia’ following AstraZeneca vaccination among those aged under 50.”

The advisory group also recommended, obliquely, that the AstraZeneca vaccine might still be used for adults aged under 50 in cases “where the benefits clearly outweigh the risk for that individual” and the individual in question had made “an informed decision based on an understanding of the risks and benefits.”  Patients, it would seem, beware.

Ominously, the health officers had to accept that the decision to accept the ATAGI advice would have “implications for the vaccine rollout program.”  One of them was already in evidence by the end of last week.  Victoria’s Department of Health was taking few chances.  “Until updated consent forms and consumer information are available from the Commonwealth Department of Health, and immunisation teams have been familiarised with these materials, it is advised that the AstraZeneca COVID-19 is not administered to eligible persons aged under 50 years.”

Those who had made vaccination appointments for April 9 at the Royal Exhibition building in Melbourne were denied the jab.  “They just turned me away,” St. John Ambulance employee Athena Stathoulas explained to the ABC.  “I had no idea it was for 50s and over. I had no notification.”

The Morrison government has been scrambling.  The Prime Minister announced on Friday that Australia had secured a further 20 million Pfizer vaccine doses, in addition to current orders for 20 million.  He tried to distract critics by noting that 170 million doses of vaccines in total, spanning deals with Pfizer, AstraZeneca, Novavax and COVAX, had been secured.  (Delivery has been quite another matter.)

None of this could conceal the fact that vaccination timetables had been shredded.  An October deadline had been proposed for all Australians wishing to be vaccinated to receive at least one dose.  Prior to that, the government had dreamily suggested a target of 4 million vaccinated Australian adults, with all remaining adults being finished by October.  On April 8, Morrison emphasised “uncertainties” and “many, many variables” that doomed any coherent planning.  “This is not a certain world and we’re not on our own.  The whole world is dealing with the same uncertainty.”

Government incompetence has also taken on a patriotic dimension. Stupidity can be forgivable, if it is shown to be defending the national interest.  Agriculture Minister David Littleproud is a startling example of this, refusing to consider how ordering other vaccines might ameliorate the problem.  Having not consulted the entire Australian population on the matter, he could confidently tell Channel Nine that he did not “think any Australian would want the Chinese vaccine or the Sputnik vaccine.”  He spoke of an approach “calm and methodical about making sure that we give the best vaccine with confidence, and however long it takes”.

The National COVID-19 Commission, through member Jane Halton, is also of the same view.  “The trick now is for people to calm down a little bit and get back to basics.”  Prizer would be the stand-in hero here.  Think, warbles Halton, that “there will be 40 million doses in total” of it.

The current state of calm, understanding of basics, and methodical application means that a further two years will be required for Australians to be fully vaccinated.  Daily tallies such as 27,209 are a far cry from the suggested number put forth by epidemiologist Mary-Louise McClaws, who opines that a total between 100,000 and 120,000 would be eminently more suitable.

AstraZeneca’s future is not promising in other respects.  The European Medicine Agency is currently reviewing reports on a possible cause of capillary leak syndrome.  Other drug titans are also not being spared scrutiny, with Johnson & Johnson’s own Janssen vaccine potentially being tarnished by the same blood clot problem.  “At present, no clear casual relationship has been established between these rare events and the Janssen COVID-19 vaccine,” stated the company in an email.

The damage, certainly in terms of public relations and the vaccination program, deepens.  But in Australia, the issue cuts deeper.  Bureaucratic incompetence has become the Siamese twin of unoriginal selections and poor supply lines.  With the State governments having performed the lion’s share of the work protecting populations from COVID-19, the Federal government has shown various, fabulous ways of soiling the stable.  A near future of closed borders, snap lockdowns and an increasingly enfeebled economy, seems likely.