Independent and Peacful Australia Network (IPAN) and labour History held a commemoration meeting for the 50th anniversary of the Vietnam Moratorium Campaign in Adelaide, 20th Sept 2020. The following statement was given by Stephen Darley (IPAN Sth Aust Convener and Spirit of Eureka member) to the event. 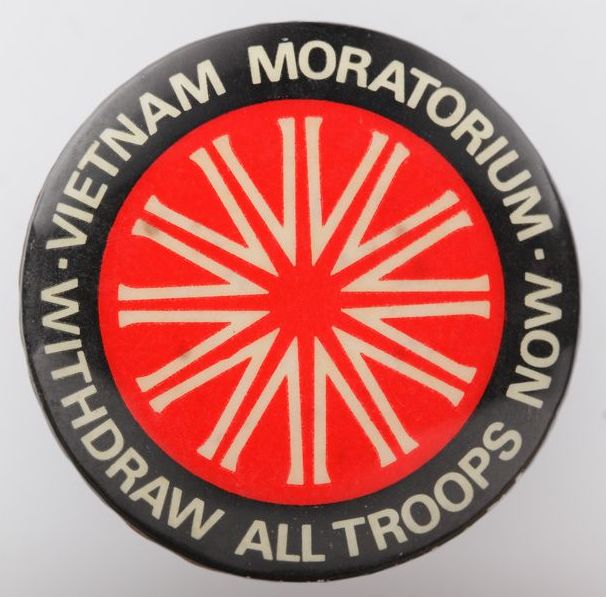 My brief is to connect the Vietnam war and the large-scale protests against it in Australia, to the present day. Obviously the US alliance still prevails, and so do the negative effects of that alliance on Australia and Australians. More on that shortly. One key result of the experience of the Vietnam war and the moratorium campaign against it was the end of mass Australian casualties in such colonial wars. The proportion between Vietnam and Afghanistan deaths and casualties is less than a tenth  in the latter war, and much less in Iraq (this bears no relationship to the deaths and injuries of Vietnamese, Afghani’s and Iraqis of course – they number in the millions, civilian and military).

So it’s reasonable to conclude that Australian governments decided that mass casualties  (as a result of some form of conscription) were not politically advisable. More importantly, the US agreed – mostly because they were more interested in political support than cannon-fodder, and the commitment of a relatively few aircraft, ships and army units was for that political reason above all.

Of course, in another respect Australia continued to risk mass casualties, through the hosting of key US bases at Pine Gap, Nurrungar (until 1999) and N_W Cape, which were and are clear nuclear targets. They are remote from most Australian population centres, but this is of little comfort to the residents of Alice Springs and Exeter. That risk remains today, and might well be joined by Robertson Barracks and Tindal RAAF base – and thus the city of Darwin.

The other major risk to Australia today is economic – through the increasingly irrational focus on destroying our relationship to our biggest trading partner China – at the behest of the US. This is not to say that China is pure as the driven snow when it comes to either the South China Sea or relations with Australia. It is however clear that the main aggression, indeed frenzy comes from the US, and Australia is dragged along behind.

The frenzy is bi-partisan – anyone bearing illusions that the main-stream Democrats are any more peaceable than trump and the Republicans have missed or turned a blind eye to Biden’s pronouncements in recent months when he attacked  Trump for being too soft on China – or only a week ago when he declared the US may have to increase their military budget under a Biden-Harris administration. The main difference is the Democrats want to focus first on Russia, and then move on to China – so pick your target, the biggest economy on earth, or the biggest nuclear power after the US. The collective delusion that this will go well is driven not by political party’s as such, but by the absolute unwillingness of the US corporate elite to accept the decline of the US.

This is not a healthy or a well-driven wagon to hitch ourselves to – but we are. Australia’s coal (not so bad, but for other reasons), barley, wine and educational sectors are currently taking the biggest hits from the deteriorating relationship with China, but other sectors will almost certainly follow.  Again, it is not necessary to remain silent about Chinese human rights abuses – as long as we admit our own, particularly towards First Nations peoples and refugees, and internationally towards Timor L’Este.  And then, we seem able to not only trade with but sell arms to such shining lights of  human decency as Saudi Arabia, the UAE and Israel. Another important  political effect of the Moratorium years and the failed war itself was to increase the impulse towards a more independent Australia, reflected to some degree in the actions of the Whitlam government. That relatively mild actions were savagely punished no doubt sent a clear message to successive Australian governments.

We are now faced with the threat of global conventional and nuclear war as we haven’t since the 1980’s, when again manyy many Australians turned out to protest. An effort even bigger than those rallies and the moratorium campaign will be necessary if we are to avoid this fate. So I can only conclude by saying to the moratorium campaign – we follow in your footsteps against all colonial wars!