This article came from caitlinjohnstone.com 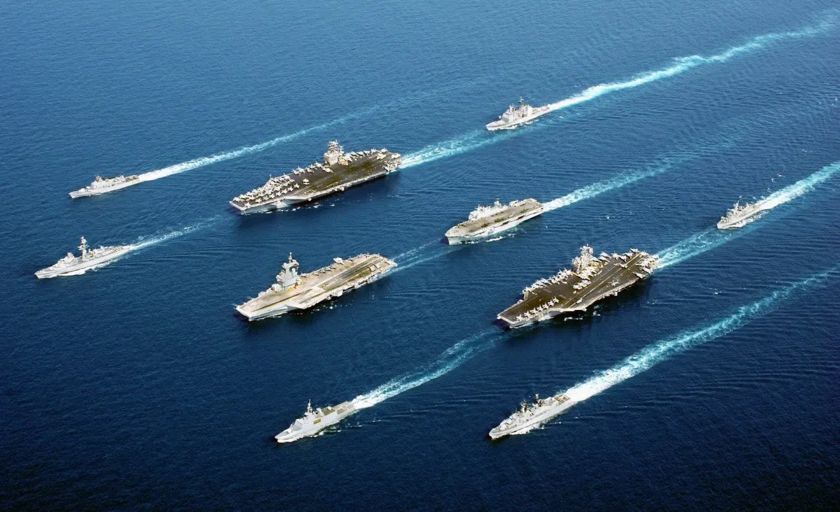 During a suspended parliament without properly elected supervision, the Australian government is slashing financial protections for its own economically struggling citizens while pouring vast fortunes into supporting dangerous US cold war escalations against Australia’s number one trading partner.

Despite a worsening COVID-19 surge in Australia’s two most populous states, the Liberal-National government yesterday announced the slashing of its pandemic wage subsidies and welfare benefits, as part of its drive to “reopen the economy.”

Under conditions of mass unemployment, this will impoverish more than five million unemployed or under-employed workers and welfare recipients. The blatant purpose is to give workers no choice but to go back into unsafe workplaces regardless of the danger of infection.

“JobSeeker and JobKeeper are not do—nothing payments,” Prime Minister Scott Morrison declared, saying they were not designed to prevent people “from going out and seeking work.” Treasury had reported that the payments to workers “potentially blunted their incentives to work, or to take on additional hours of work.”

Got that? It’s too dangerous for our own MPs to go back to work, but everyone else needs to or face economic hardship. These cuts come at a time when 13 out of work Australians can be competing for a single job.

The blatant purpose of the cuts is to give workers no choice but to go back into unsafe workplaces regardless of the rising danger of #COVID19 infection #auspol https://www.wsws.org/en/articles/2020/07/22/parl-j22.html …

This is happening at the same time that five Australian warships are conducting provocative naval exercises alongside the United States and Japan in the Philippine Sea as a “show of force” against China.

“As the US rogue regime ramps up its new cold war on China, vassal state Australia joined Washington and Japan in joint military exercises in the Philippine Sea — an obvious threat to Beijing,” journalist Ben Norton observed of the operation on Twitter.

“Escalating tension with China might be good for Trump’s election campaign, but can’t see what it does for us,” tweeted President of Australians for War Powers Reform Paul Barratt.

This is also happening at the same time the Morrison government commits $270 billion over the next decade to implement a new long-range missile system and upgrade Australia’s military due to fears of a rising China and its increasingly heated relationship with the USA.

This idiotic expenditure against a nation that is still Australia’s leading trading partner by a very wide margin amounts to no less than $10,800 per Australian citizen. For a family of four, that’s $43,200 per household. The insanity of pouring billions of dollars into protecting Australian interests from Australia’s top economic partner has been hilariously spoofed on the ABC show Utopia:

This is also happening just after the newly released Palace Letters gave us new insights into the way the British government collaborated with the CIA to stage a coup in Australia and oust our Prime Minister Gough Whitlam in 1975. Whitlam’s offense? Trying to assert Australia’s independence as a sovereign nation, of course.

Australia is Washington’s basement gimp. We’re not a real country, and we don’t have a real government. We are functionally nothing more than a US military/intelligence asset, a useful stretch of land in the Indo-Pacific for stationing war machinery and running NSA operations out of. The rights of our citizens always come second to this role, as evidenced by Canberra’s complete abandonment of WikiLeaks founder Julian Assange as the US fights to extradite him and imprison him for life for the “crime” of journalism which exposed US war crimes.

And now Australians are being increasingly used as pawns in the US empire’s slow-motion third world war against all nations like China which have refused to be absorbed into the imperial blob like we were. US State Department-funded think tanks and our own Murdoch-dominated news media have been used to manufacture consent for our role in these world-threatening escalations, and for the most part our propagandized populace has put up little resistance.

Australia has expressed ZERO alarm over US hackers compromising networks across the world. Shame on @smh for spreading this blatant US propaganda. At least report the other side as well. Pathetic. #auspol https://twitter.com/smh/status/1285877748679016450 …

Australia has expressed alarm over Chinese hackers compromising networks across the world for commercial and personal gain, after a US indictment alleged a decade-long spree targeting an Australian defence contractor https://www.smh.com.au/politics/federal/australia-hits-out-at-chinese-hackers-as-pompeo-urges-global-coalition-against-china-20200722-p55e8t.html?utm_medium=Social&utm_source=Twitter#Echobox=1595410140 …

People ask me why I focus on the US empire instead of on my own “government”. This is why. My real government lies not in Canberra but in Washington, and in the US government agencies and their allied plutocrats who pull its strings.

And we don’t even get the dignity of being offered a pretend vote in their fake elections.