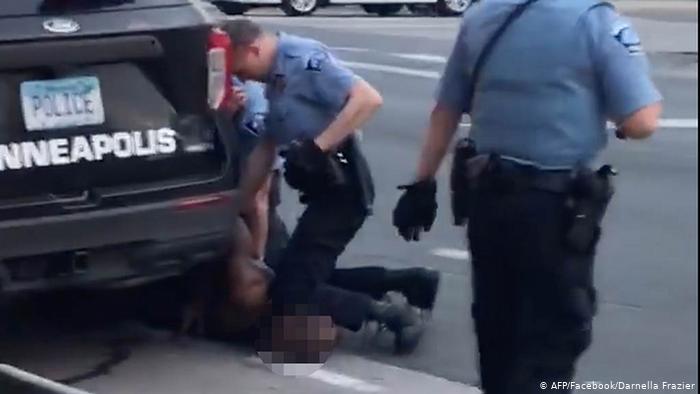 Millions of people around the world have come out in protest to support the Black Lives Matter cause after witnessing the enormous protests in the United States against the sinister murder of George Floyd in Minneapolis by the city’s police. These protests have now swelled into uprisings in at least 70 cities throughout the US after their violent suppression by the police.

Australia is no different. Whist the numbers may be smaller here, black deaths by militarised and racialised police are all too common occurrence in both countries. Since the 1990s Australia has seen 434 black deaths in custody and that is merely the ones that have been counted.

These recommendations are still applicable today because life circumstances, inside of prison and outside with police, for Indigenous people haven’t improved.

The continuous reality for Americans is the killing of 1,100 unarmed citizens by the police each year. US police routinely conduct random searches of the population with no apparent cause other than to intimidate.

This results in 13 million arrests a year and 1.6 million people placed on drug charges, half of which are for possession of marijuana. Homes, cars, cash and any other possessions are confiscated on dubious accusations of illegal drug involvement and these proceeds become funding for police budgets.

There is an incentive for police squads in poor neighbourhoods to operate as criminal gangs. Their mode of operation to instill fear and compliance is nothing short of police terrorism.

The demand by the authorities to meet arrest quotas results in police regularly apprehending people at will and charging them with a bag of supposed crimes, often without justifiable reason. Most of these crimes involve lengthy compulsory sentences, where it is easy to coerce defendants into accepting a guilty plea for lesser crimes.

Because the US courts have become a deformed justice system, where the poor get little time with their lawyer, there is virtually no chance for framed police victims to dispute their charges. Added to this is the substantial pack of ready informants who are willing to tell courts whatever is commanded of them by the police, so as to lessen their own sentences. 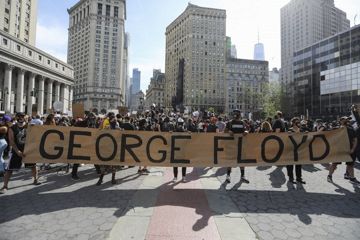 The current uprisings in major cities of the US are not just about wilful murder and brutality by the police but are a desperate struggle against enormous inequality that has been imposed on the working class, in particular people of colour. The poor and blacks have been pushed to the edge of oblivion and have no other recourse but to demand their dignity and wrest back power over their lives.

In the US  50% of the country lives in poverty: where they are priced out of the health care system, live without adequate food and clean water, have their electricity and water cut off, are regularly evicted from their housing, unable to find work, and are disabled by debt servitude and now with the pandemic are dying at enormously higher rates.

As the uprisings testify the poor and blacks know that the ruling class see them as dispensable. Their lives are of no consequence and they just don’t count. Where they do count is when they are locked up in prison providing slave labour for an army of corporations. The US prison system has turned into a multi-billion dollar business where their lobbyists bizarrely canvas the federal and state governments to keep prisoners longer in their cells or throw them back there as quickly as possible after being released.

Prisoners can produce as much as $60,000 a year for businesses in the following areas: for-profit medical services, phone services, food services, clothing manufactures, private prison contractors, laundry services, money transfer services etc. The US prison system exploits cheap and bonded labour of more than 1 million of the 2.3 million internees. This neo-slavery in US prisons is the model corporations envisage for 99% of Americans.

In the middle of this crisis, the ruling Trump kleptocrats have looted over $4 trillion from the nation’s treasury for their corporate oligarchs, offering virtually nothing for the poor. This is a déjà vu scenario on the scale of the 2008 Obama and Biden bailout.

The more the ruling class continue to ignore the source of the problem behind the current protests, and dishonestly engage in ridiculous attempts to sidetrack the blame, whilst enriching themselves at the expense of 99%, the more the turmoil will expand. The oligarchs will also utilize and inflame racialised violence between the underprivileged whites and underprivileged people of colour, as a final desperate measure to save themselves.

History has shown that these tactics of divide and rule have been used time and again with much success. Nevertheless, the racial war has morphed into a class war as can be seen by those participating in the ongoing protests in the US. Trump’s trickery of pretending to be anti-establishment is slowly wearing off on the working class who have gained nothing under his government, their economic situation has only got worse. 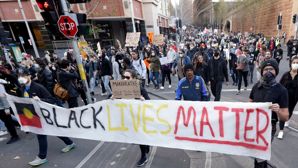 Law enforcement in coloured and underclass communities has become a tyranny. This nascent police state easily turns their thuggish tactics on dissenters, activists and citizens who make a principal stand against illegal oppression. Blatant police repression will become routine as social strife proliferates as the country disintegrates.

Totalitarianism always seeks sanction for its repression by aiming to demonize minorities or groups who pose an alternative. It insists that the police be free from legal constraints, such as habeas corpus, to fight the ‘anarchy’ brought about by ‘despised’ groups. Once the capricious and unrestricted suppression of demonized minorities has been achieved the police can use these tactics against the wider society.

A totalitarian system replaces equality for all before the law with rights and privileges, makes opposition to the social order illegal and dangerous. With an authoritarian antagonist deficient of scruples, state violence will predictably be met by counter-violence.

State-sponsored police terrorism has ignited a whirlwind of opposition to the point where the government has lost its legitimacy to rule. The peril of extensive partisan violence from the United States to Europe, from Latin America to Australia is now very real.