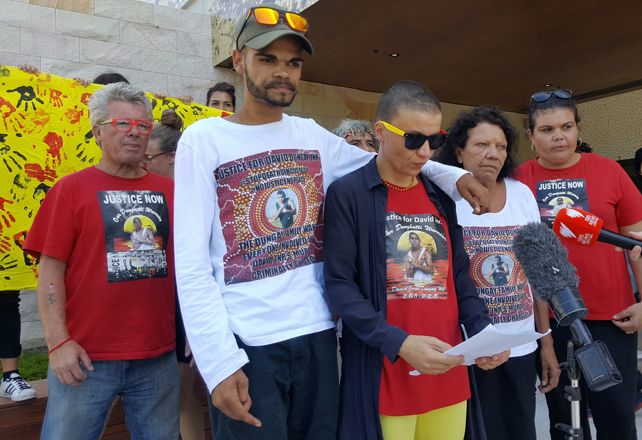 What sorry choices parliamentary elections offer. NSW has one on the boil and another to follow federally.

Parliament isn’t a democracy. Whatever the aspirations of a few well-meaning politicians, parliament manages capitalism for corporations.  ‘Governments’ come and go, but the system remains.

This doesn’t mean politicians can’t do any good, but that parliament is part of the deceptive apparatus of capitalism, just like Murdoch’s media empire. It’s a shadow democracy, which puts the demands of foreign-controlled corporations and their Australian collaborators, like Gina and Twiggy, above all else.

Always has been, even when the forces of the people were strong enough for Gough Whitlam, the superhero of corporate-aligned Aboriginal activist Noel Pearson, to ride into office on giant waves of struggle.

“This is racist bullshit from an old Queensland cop. I’d welcome him on the stand at a royal commission.”

Langton’s description implies the real and continuing legacy of Queensland police involvement in horrific colonial massacres, through the 1980s where Langton was a vocal leader defying the law in Bjelke-Petersen era brutality, to the present day.

She worked for two years at the Royal Commission into Aboriginal Deaths in Custody and her 1989 submission to it, ‘Too much sorry business’, spoke not only of Aboriginal deaths in NT prisons but deaths by alcohol and other drugs.

John Pat was not quite seventeen when he died in WA’s Roebourne gaol on September 28, 1983 after a brutal police assault. Ensuing protests helped lead to the Royal Commission. Memorials on the 35th anniversary of his death were held round the country in late September last year.

This extract is from the poem ‘John Pat’ by Australia’s greatest playwright, Noongar man Jack Davis.

The end product / of Guddia law
is a viaduct / for fang and claw,
and a place to dwell / like Roebourne’s hell
of a concrete floor / a cell door / and John Pat

Aboriginal deaths in custody have increased by 150 per cent since the Commission’s end.

When this writer last looked at Jens Korff’s Creative Spirits page, another was expected within 13 days, 0 hours, 34 minutes and 52 seconds.

Watching time slip away, second by second is more than sobering. The death rate is three times higher in private than in government-run prisons. To make increasing profits, private prisons need increasing numbers of prisoners. Far too many of them are Aboriginal.

Marcia Langton wants another royal commission. She wants the law, that supposedly delivers justice, upheld. She speaks of “contempt of the rule of law” emanating from state and federal ministers.

Behind the law are unmarked massacre and battle sites covering the continent. We walk on bones. We walk on blood, just as we walk and live on sacred Aboriginal land. 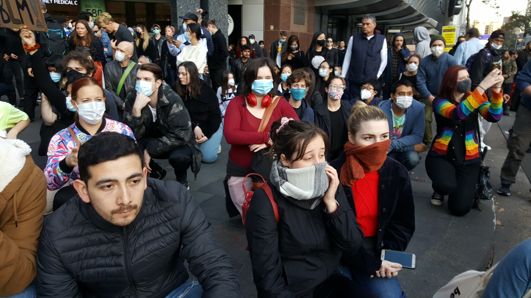 Corporations prefer to rule by deception. Parliament, the corporate media, the education system all have a role, regardless of the good intentions of individual journalists, teachers or even a small number of politicians.

But behind the web of deception waits the state apparatus of police, courts, gaols and, in the case of the NT Intervention, the army. They are two parts of the same thing; capitalism’s rule of the miniscule minority over the vast majority.

Deception, apart from inculcation of Christianity, has only been systematically tried on Aboriginal Peoples in recent years. After 230 years of violence, most know reality too well to accept deception. So force is frequently used.

On Monday, March 4, the inquest into the death in custody of young Dunghutti man David Dungay Junior in December 2015 reconvened after an adjournment in the NSW Coroners Court.

David’s cousin, Dunghutti-Gumbaynggirr-Bundjalung poet Elizabeth Jarrett, emphasises the importance of publicising the case saying, “What makes his case so harrowing is that the last moments of his life are captured on CCTV and part of that video has now been released to the public, so it’s now our obligation to help make the world aware of the TRUTH and to have accountability held for those responsible.”

A statement following Invasion Day this year said in part, “In Sydney, where 35,000 marched, Leetona Dungay spoke of her son, denied the right to breathe, suffocated by the overpowering force of the state’s gaolers at Long Bay as he begged for his life. Where are her honours for demanding justice for her son, after two Royal Commissions’ recommendations continue to be ignored?”

Putting the black man in his place

Outside the Coroners Court, Elizabeth Jarret read for the media the words her aunt, Leetona Dungay, spoke in court.

“I have nothing against all you lawyers in your expensive suits who all went to good schools here in Sydney,” she read. “You have all worked hard to get where you are. But face facts – you have no idea about what it’s like to grow up as an Aboriginal person in this country. Imagine a game of footy like David used to play, but one team has to play with their arms tied behind their back.

“That’s what racism and discrimination feel like for us.”

“We have not got a straight answer out of this inquest about how a young and fit man can suddenly be dead a few minutes later. After being grabbed and held down by 6 huge prison officers.

“There is one strong, burning desire that I have and that my whole family has – it is something that is keeping us going through the whole ongoing trauma of this inquest – we want to see justice for David’s death. We want someone charged with something arising from his homicide.

“No mother should ever have to suffer through seeing her son die like that on TV right in front of her.

“One thing we can all agree on, because we have heard the evidence, is that there was no security emergency or medical emergency on the day David had his cell raided by the guards. David wanted to keep control of his biscuits which he bought in the buy up – it was the only little bit of freedom he had in his life.

“We have heard the experts say there was never any serious or immediate risk posed by the biscuits. Why did they raid his cell then?

“Me and my family believe this was about power and control, putting the black man in his place. It appears to us that David was killed in a power struggle over a packet of biscuits.”

Yet David Dungay’s death was not the only Aboriginal death in custody case in a NSW coroners court on March 4.

Another opened in Newcastle.

Elizabeth Jarrett writes, “Rebecca Maher lost her life on 19-7-2016 in Maitland police station after being picked up WITHOUT CHARGES as well as the police failing to follow protocol of the CNS custody notice service to notify ALS or family that Rebecca Maher was being detained.

“Police have stated that they were worried about Rebecca’s well being and that they received calls. She seemed to be heavily intoxicated and disorientated. BUT not once did they seek medical advice or help for her. Then roughly 5 hours after being detained she was sadly found deceased in the cell. Then to further insult, the family was not notified of her passing until roughly 6 hours later,” she wrote.
Where will we stand? 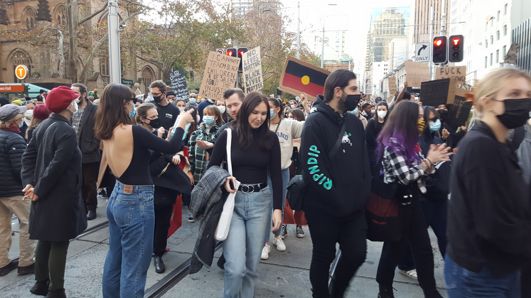 Aboriginal deaths in custody are often marked by silent protests. At other times, there’s this chant, “Too many coppers, never any justice.” It refers not just to the individual police, but to the whole state apparatus.

Corporations may put some fancy icing on the capitalist cake, but here’s the reality. While there are some good programs, like the Indigenous Rangers, which are providing valuable jobs with corporate backing, remote communities have been forced off their land or are being denied the most basic human rights. Even water has been cut off in some places.

Conventional mining has poisoned rivers and now at Borroloola in the NT you can’t drink the tap water either thanks to Glencore, one of the world’s biggest mining companies. At a Sydney protest last year, Senior Researcher at Jumbunna Indigenous House of Learning UTS, Paddy Gibson, said Glencore paid less tax in recent years than someone paying GST on a single cup of coffee.

Now fracking spreads more poison. The Gomeroi and Gamilaraay are fighting it in the Pilliga in NSW. Across the NT communities are being further divided, yet still fight back against proposed fracking on 51 per cent of the Territory.

In 2007, when the NT Intervention was announced, Gudanji-Arrernte leader Patricia Turner immediately called it a Trojan horse disguising a land grab. Fracking is the incontrovertible proof.

In the 500 pages of legislation that went through federal parliament in June 2007, the word ‘child’ was barely mentioned, though children were supposed to be the reason for the legislation.

But there were ample references to access roads into communities. The legislation was ready well before, simply waiting for an excuse.

It has continued almost unaltered though nearly twelve years and six prime ministers under both Coalition and Labor administrations.

Again, and again, Aboriginal and Torres Strait Islander Peoples have demanded control of their own affairs.

In their daily lives they assert their sovereignty.

Every inch of this continent was defended from the British invaders. That war has never ended. Despite the murders, imprisonments, theft of land and of children and the suppression of culture, resistance continues.

More and more people are learning that this capitalist system and its bedrock of ongoing colonialism that First Nations survive under has to go. People can do extraordinary things. The Dungay family’s refusal to give up in the face of lies, denials and brutal oppression is proof.  Grassroots people, everyday people, hold the future in their hands.

The last words of struggle go to warrior Elizabeth Jarrett, “Is there such thing as JUSTICE or is it JUST US?”