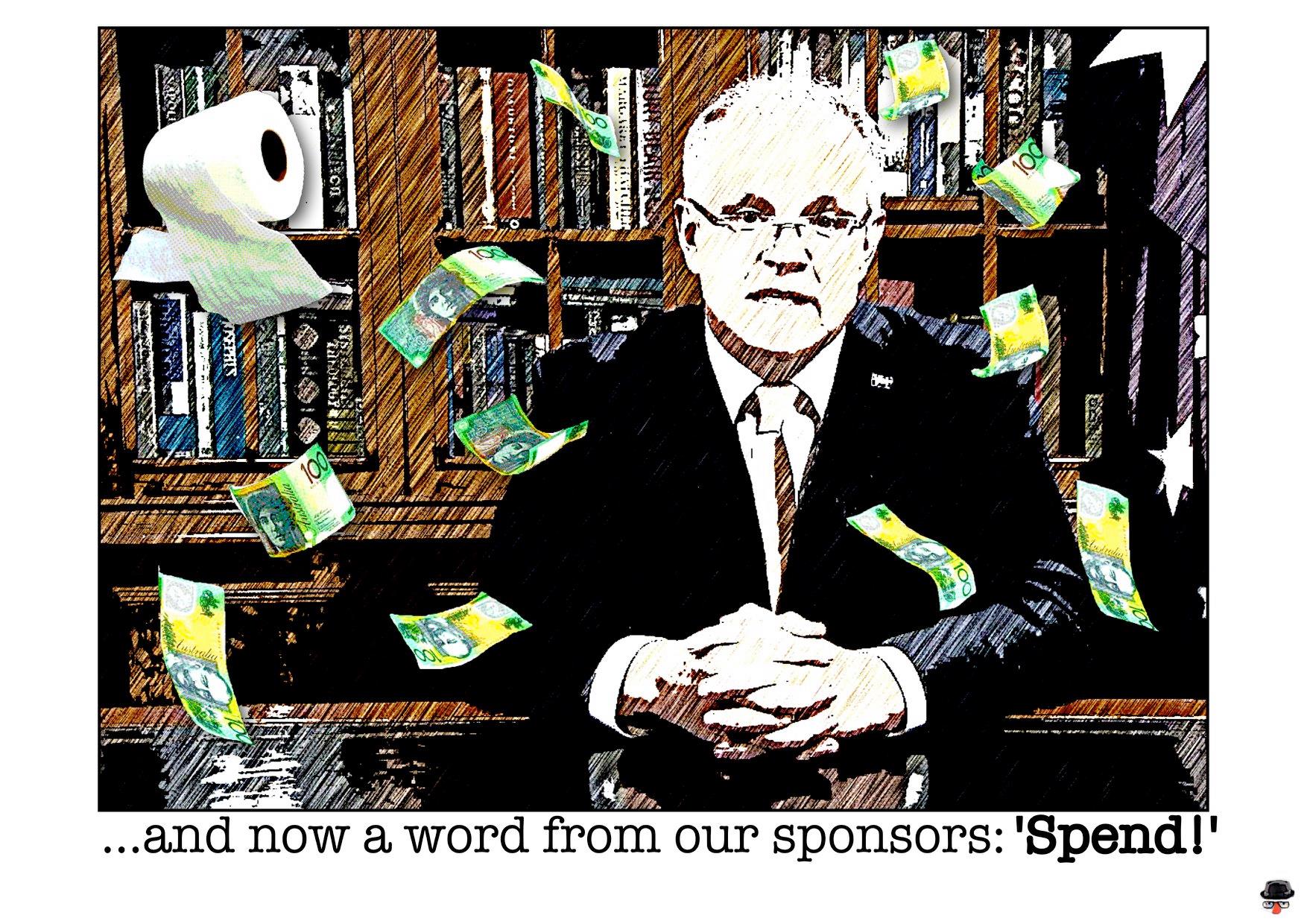 This is an edited version of an article first published in Vanguard on 13 March.

Since then, multiple failures in communication and preparations for Covid-19 have seen experts shredding the government’s credibility. On Sunday 14 March, the federal chief medical officer even stated it was okay to shake hands, contrary to all expert advice.

South Australia is leading in its decade long preparations for such a crisis, while there are so few kits available in NSW, staff at pop up clinics are copping threats and abuse for refusals to test. The human meaning of the shortage of Intensive Care Units and ventilators is the grief a woman on TV on March 15, like many elderly Italian people, just diagnosed and refused treatment after her husband died.

The media focus on supermarket shortages ignores this underlying reality. Capitalist boards were already having virtual meetings while schools, TAFES, construction sites and other workplaces brought together concentrations of workers.

Demands are growing for governments to provide ongoing support for casual workers, small businesses, including the hard-hit arts’ sector. But corporations must be forced to look after their workers too! And banks to offer debt repayment holidays. Some of this may happen in the coming days. Governments want to hand over our money to corporations. It’s time to nationalise them under workers’ control. Qantas workers don’t need the boss and his board! They have the expertise to ensure essential maintenance and run the show when the Covid-19 crisis ends.

Two nights back Scott Morrison excelled himself. Was he channelling U.S. President and B grade actor, Ronald Reagan’s homely TV addresses, or perhaps a cat smiling after a banquet of small native animals? Utterly unconvincing as a human being and leader. He didn’t even choke when he said scientists are part of the Covid-19 response. But his approval rating went up.

Here’s a PM who ignored pleas to lift Newstart to people so poor they have to choose between food and medicine, feeding their kids or themselves. Now he flings them $750 with an order to spend it now. First capitalism tramples them, then says, “Be patriotic! You can save the economy.” And nothing to come afterwards. Maybe they’ll buy a tent, to have it confiscated by the police. Job done!

The media will pick over the $17.6 billion bones of the stimulus package. Whether it temporarily holds back deep recession or total collapse, for this writer, that $750 sums it up.

So does the $8.8 billion spent by the Reserve Bank to prop up the stock market the day after. Yes folks, that’s taxpayer money buying stocks. The contrast couldn’t be clearer.

Scummo’s strategy, following the U.S. corporate lead, has been small government, cuts to people’s services and his jingle, “Be a lifter not a leaner.” Translate this for today’s real life and people hear, “Grab those toilet rolls, because you’re in it on your own.”

So many double standards! When students share videos of school fights, the adult world is outraged.

But when women fight over toilet rolls, in the week International Working Women’s Day is celebrated, even the ABC eventually shared a video that shamed and humiliated the women.

It came after months of unprecedented bushfire trauma proved the complete inability of capitalism to protect Australia and its people.

This is capitalism’s inevitable cultural high point. Frightened and isolated women fighting for toilet rolls. How many stores had they been in to get them before the fight? How many hours had they been at work? How soon did they have to be home to feed the family? How many kids, grandkids or elderly family members did they have at home? It’s not nice. But it isn’t the cause of our problems.

This is capitalist culture. Not me too, because that’s collective and inclusive. It’s, “Only me. Only my family. Only I matter. Because I’m alone and abandoned by a system that is suddenly, unexpectedly, breaking at the seams of cracks that have been growing under our feet, papered over by propaganda.”

There is no crisis capitalism can’t recover from.

But Covid-19 looks like the trigger to unravel U.S. imperialism and its Australian underling into economic crisis, brought on by overproduction, the end of a record boom delayed by massive and unprecedented debt. And now more debt.

Capitalism in Australia has avoided recession for a record period. Things are now crumbling.

Constant expansion of construction, of roads and other infrastructure and of housing, have kept the economy running. This is based on constant influx of capital and on debt. A Chinese market for resources kept our economy afloat during the 2008 crisis.

Alongside this, the just-in-time commodity delivery system was meant to rid the scourge of capitalist overproduction, by stopping the build-up of unsold products. People might have to wait a little for commodities to arrive after they order – especially in housing where delays are legend. But corporations wouldn’t have to slow the circulation of capital and risk their profits as unsold goods pile up in warehouses.

What this means in hospitals was shown in the arrival of the Serco-run, government-funded Fiona Stanley Hospital in Perth. Profits came before everything else.

This writer well remembers the distress of a friend having to take basic equipment like dressings and catheters to the hospital for her partner. The debacle deepened, because the specialist spinal unit her partner relied on at a local public hospital had been closed to make way for the flash new hospital. It had no specialist spinal nurses, nor specialist doctors. Unfortunately, the doctor brought in from Malaysia many months later arrived just-in-time for his health to be so undermined that he died within a few years.

Sydney’s Northern Beaches Hospital opened in 2018. It was modelled on Fiona Stanley’s success…

So, let’s have another Scummo winner, “Public hospitals should be for the poor. Everyone else should have private health insurance”

We know the medical system – especially our precious public hospitals – are at breaking point. Despite this, they achieve amazing human results. Some of the country’s hardest working, most compassionate and capable people work at every level of the system.

No doubt there are ladder climbing authoritarians suppressing the hospital workers and getting in the way of collective response. But the system still works, for now.

Meanwhile, private hospitals profit from mass production operations. They don’t want sick people. Only profitable ones. They leave life-saving emergencies, complex health issues and corona virus to the public system. Perhaps they’ll be forced into action. But the front line is, and will remain, the public system.

They have to be opened for Covid-19 business, sooner not later, and bugger their profits!

“No more cuts! We’re already bleeding!” said the public system, FOR YEARS, but cut and cut and cut went successive capitalist administrators, parading as governments. And up and up and up go private hospital profits! Bupa is too big to fail and we have to prop it up. And that hero! Ramsey Health making buckets and buckets and buckets of money from mass medicine and government handouts. Cash splash for philanthropy… after Ramsey’s founder is dead and can’t use it any more. Thank f— for the Ramsey Centre for Western Civilisation, funded to the hilt with scholarships for degrees and research, while other courses are starved of funds and more recent academics are smashed with impossible workload!

“Use your surge capacity,” or whatever tag Scotty from Marketing uses. Of course, there’s none. 24 hours a day 7 days a week 52 weeks a year, hospitals at full bore. FFS! They didn’t have breathing equipment for the Rural Firefighters. Why would they have them for people sick with corona virus?

Remember young doctors suiciding from overwork and guilt when they make unavoidable mistakes with dire human consequences? That hit the 24-hour news cycle, and sank without a trace. Still happening. Still capitalism. “Clear the decks! Put off elective surgery!” There’s a nine month wait for surgery to remove gallstones. Once you’d go straight in. What about other agonising, exhausting illnesses and injuries? Oh, yes! They’re ‘elective surgery’.

And what factory is going to make face masks in Australia? Or protective suits, handwash? Who’s going to disinfect the GP’s offices or hospitals, or replace doctors who get sick? Capitalism has dismantled most Australian industries, to hunt increased profits overseas.

In NSW last week, there was two to three week wait for testing, except for health workers, according to insiders.

The NSW Health Department contracts mainly from medical warehousing and distribution multinational, Symbion. The latter was originally a pharmacy owner and supplier. Privatisation of government medical supplies has not been good news.

Symbion is owned by EBOS, which still presents itself as a New Zealand corporation. But, by taking over the Swiss company Symbion, EBOS gave Symbion’s owners, the Zuellig Family, a 40 per cent share in EBOS’s own operations. This is almost certainly gave the Zuilligs control of EBOS.

Symbion increased its Australian pharmacy chain ownership to 500 with the takeover of Terry White Pharmacies and its merger with Chemmart to become Terry White Chemmart. Symbion’s just-in-time process is called GAINS. EBOS/Symbion and other corporations have numerous other subsidiaries operating in the hugely profitable pharmaceutical and medical supplies market. 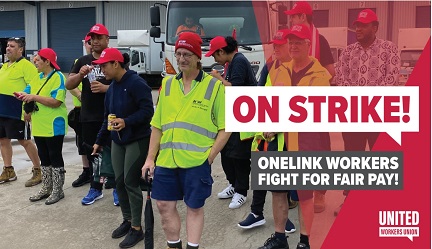 Its profits are big, but Symbion’s subsidiary Onelink refused its workers a 20 cents per hour pay rise to bring them into line with wages at Symbion. Onelink’s Sydney workers struck in mid-February.

As buyers, hospitals have some clout because of the size of their contract, but there is some question as to whether the EBOS pharmacies or the hospitals will get first dibs on needed medicines, hygiene and other critically important products.

Many of the necessary products are imported from China and Malaysia, and some drugs, not connected with the virus, have been in short supply for the first time. No masks or surgical gloves are made here.

During the 2003 SARS outbreak a strategic reserve of essential products was put in secure storage within a week of the outbreak in some hospitals.

So, the Federal Muppet Show announces it has 54 million masks in stock. While this may seem a large number, a former health supply insider says that it could possibly last just weeks.

For example, Sydney’s Royal Prince Alfred Hospital has around 27 operating theatres, not all of which are used each day, but could be needed in a crisis. Each operation usually involves 5-6 people in masks, gloves and eye protection, doing 6-7 operations per day. Multiply this nationwide, add dentists, GPs, paramedics, nursing homes, mobile testing clinics and the like, with protective equipment changed with each patient seen in hospital, or at least every two hours for other practitioners, and the 54 million doesn’t sound so many.

All round the country, people are asking questions they’ve never asked before. They’re thinking what they should do. It’s time to be bold and provide answers.

Some fall for capitalism’s individualist crap, and rush for the toilet rolls, but those reduced to brawling are just three women, who have been blamed and shamed too much.

We say, take simple precautions. You’re not alone. Help each other. Be brave. Be kind. Work collectively.

We need to get the stock market, government-appointed chief medical officers and politicians out of the way. Australia led the world in its response to the AIDs epidemic. We need the experts in charge!

Australia needs a well-funded, free, universal public health system. We need an independent economy. We need to get out from under the U.S. imperialist thumb. We need to get rid of capitalism.

But no matter how big the crisis, it won’t fall over on its own.

The masses need push it over. They need to run this joint. They need working class leadership!