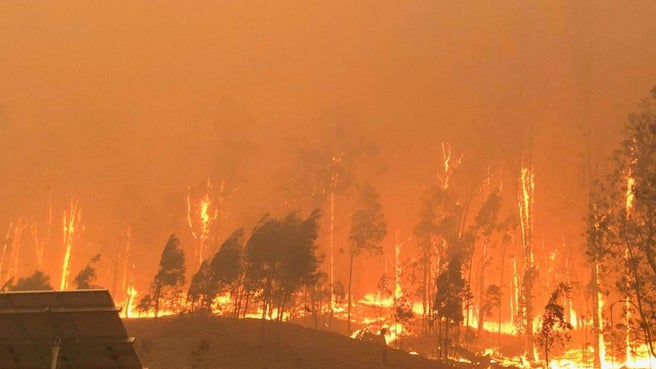 Despite the Internet, connectivity, and linking technologies, distance has not shrunk the Australian sense of self, an often provincial appraisal of the world seen in slow motion and stills.  Whether it’s the “flower revolution” or Michel Foucault, trends and ideas are often delayed, and seem almost cutely anachronistic by the time they make landfall down under.  Wedded to the insatiable urge to reap, rent and remove from the earth, and you have the ultimate myopic: Australia, the exceptional country, outside the stream of history and, dare it be said, the inconveniences of science.

With some 11,000 scientists warning that planet Earth “clearly and unequivocally faces a climate emergency”, some sense of it was registered on the Australian political scene, if only barely.  The “World Scientists’ Warning of a Climate Emergency” published in BioScience does not shy away from the language of catastrophe and emergency.  “Despite 40 years of global climate negotiations… we have generally conducted business as usual and have largely failed to address this predicament.”  Climate change had not merely arrived but bulldozed itself into recognition, “accelerating faster than many scientists expected.”

The authors and signatories suggest that, “An immense increase of scale in endeavours to conserve our biosphere is needed to avoid untold suffering due to the climate crisis.”  Public debates on the subject of climate change had mostly focused on global surface temperature, a clearly inadequate approach that avoids “the breath of human activities and the real dangers stemming from a warming planet.”

Areas of urgent redress were also suggested.  Energy efficiency and a reduction in the use of fossil fuels are high on the list.  “We need a carbon-free economy that explicitly addresses human dependence on the biosphere and policies that guide economic decisions accordingly.”  The call for a change of language is encouraged: rhetoric of GDP growth and affluence needs to be replaced by sustainability “and improving human well-being by prioritizing basic needs and reducing inequality.”  Not exactly music for the muscular fossil fuel lobby.

Another song sheet that would not have impressed the fossil fuel industries was an event that barely disturbed the press releases.  This month, the National Electricity Market in Australia received a contribution from wind, solar and hydro energy amounting to half of the total energy production.  Rooftop solar contributions came in at 23.7 percent, with wind (15.7 percent), large-scale solar (8.8 percent) and hydro (1.9 percent) bringing up the rear.

With the release of the report, Australia braced itself for the incinerating fury of bush fires that have arrived earlier this season.  The state of New South Wales is anticipating what the Rural Fire Services Commissioner Shane Fitzsimmons describes as “the most dangerous bushfire week this nation has ever seen”.

The warnings were already pressing through the policy pipeline in the last decade.  The National Inquiry on Bushfire Mitigation and Management’s 2004 report to the Council of Australian Government warned that, “Fires’ frequency, intensity and size are expected to increase under climate change as temperatures rise, rainfall variability increases, droughts become more severe and ecosystem dynamics alter, resulting in changed biomass fuel loads and types.”

The authors of the report go on to suggest that “projected hotter, drier and windier conditions associated with climate change caused by greenhouse warming would extend the period of fuel drying and increase rates of fire spread.”

Earlier this year, former NSW Fires Chief Greg Mullins and 22 other emergency honchos warned Prime Minister Morrison of the dangers that would face Australia this summer, suggesting that the government meet to discuss some form of action against risks of conflagration.  The meeting has yet to take place, leaving such politicians as Adam Bandt, the Greens MP for Melbourne, certain that Morrison “bears some responsibility and must apologise to the communities impacted”.

Various Australian politicians, as then, were having none of it.  Charged with the task of keeping a plunderer’s lifestyle in perpetuity, the well-fed pigs in clover, the following words of the BioScience report sit uncomfortably with members of the Morrison government.  “The climate crisis is closely linked to excessive consumption of the wealthy lifestyle.  The most affluent countries are mainly responsible for the historical GHG emissions and generally have the greatest per capita emissions.”

The Deputy Prime Minister Michael McCormack preferred some tea and sympathy in responding to the victims of the fires, not policy and prognosis.  “They don’t need the ravings of some pure enlightened and woke capital city greenies at this time when they are trying to save their homes.”

McCormack’s primary target was the Green party itself, which he accused of fiddling politically while Australia burned.  “That’s what Adam Bandt, and the Greens, and Richard Di Natale, and all those other inner-city raving lunatics – and quite frankly, that’s how he was carrying on yesterday – that’s what they want, we’re not going to go down that path.”

Other politicians have adopted a similar approach: the now is what matters, and never mind previous failings and future disasters.  NSW Premier Gladys Berejikilian provided the stellar example.  “For any of us on the ground, speaking to people traumatised, speaking to people fighting fires for weeks… know exactly what the priorities should be, and that is saving life and property”.  Climate change, in other words, was something for another day, another slot in the packed meeting schedule.

Morrison reiterated the position.  He was “focused on the needs of the people”.  He spoke of having “firefighters out there saving someone else’s house while their own house is burning down, and when we are in that sort of situation, that is where attention must be.”

Mayors from the areas most affected by the recent conflagration have been crankily unimpressed by the platitudes.  Climate change literature, they surmise, is being assiduously avoided by the government.  The unfortunately named Carol Sparks, Mayor of Glen Innes, site of two deaths over the weekend, suggested that McCormack needed “to read the science, and that is what I am going by, is the science.” Forget, suggested the mayor, the politics here.  Science had imposed its cold, objective hand on the matter.  Mid Coast Mayor Claire Pontin was similarly riled, notably by suggestions that fires were the staple of Australian life and landscape.  “We’ve not had situations like that. Fifty years ago, this would never happen.”

There are few incentives for humanity to adapt than through the infliction of catastrophic conditions.  Pandemics, world wars and existential risk have done their bit in propelling change.  But luxury produces complacency; well fed bellies induce sloth.  Come the writing of humanity’s extensive biography of preying on the planet, Australia and its political classes will have much to answer for.