CONTINUING THE STRUGGLE FOR AN INDEPENDENT AUSTRALIA AND THE FIGHT FOR WORKERS’ AND DEMOCRATIC RIGHTS! 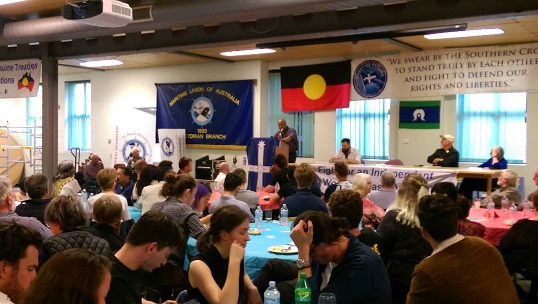 Over 160 people, including unionists, community activists and Spirit of Eureka supporters gathered at the Maritime Union of Australia Hall in Melbourne on Thursday November 28, 2019 to commemorate and celebrate the 165th anniversary of the Eureka Rebellion.

Spirit of Eureka Co-convenor Dirk van Dalen opened proceedings with a speech highlighting the continuing relevance of the struggle for a truly independent Australia today. Next Clinton Fernandes, academic and author of books such as Island of the Coast of Asia and What Uncle Sam Wants, addressed the crowd with a thought provoking speech. Long-time unionist and working class activist Dave Kerin gave an inspiring speech about the state of the union movement today and how it might chart a way forward. Lastly, guests were left feeling inspired and motivated after long-time activist Joan Coxsedge spoke on her long history of struggle.

Fittingly, the annual Spirit of Eureka Award was presented to Joan Coxsedge, for her tireless and unwavering dedication and work over more than 50 years for social justice, real democratic rights for the people and against imperialism and imperialist wars. She was presented with a framed painting by indigenous artist Peter Clarke from the Gunditjimara Nation in South West Victoria, who grew up in a Ballarat Orphanage. He titled his painting the Spirit of Ballarat, which is a Eureka flag done in an Aboriginal dot painting style.

We share below Spirit of Eureka member Dirk van Dalen’s opening speech, as well as some photos from the night. Other speakers’ speeches will be posted separately shortly.

“THE CONTINUING STRUGGLE FOR AUSTRALIAN INDEPENDENCE”

The theme we chose for tonight’s event is “Continuing the struggle for an independent Australia, and the fight for workers’ and democratic rights”.

The connection to the ongoing fight for workers’ and democratic rights is probably pretty obvious – Eureka was an inspiration in the formative years of the trade union movement and its values of solidarity, defiance, and militant struggle continue to resonate in union and workers struggles today.

Eureka also played a pivotal role in the formation of Australian democracy, and the legacy of the rebels’ fight against injustice and unjust laws remains just as relevant today, as our democratic rights are slowly being eroded by a creeping police state.

But what about Australian Independence?

It will be 165 years ago tomorrow, on November 29 1854, that over 10,000 gold miners and their supporters from some 20 different countries and cultures, gathered at Bakery Hill on the diggings near Ballarat in a mass meeting. They met in protest and rebellion against the gross injustices of the miner’s license and the harsh and undemocratic conditions imposed on them by the brutal and oppressive British colonial government.

And on that day a flag was raised for the first time. THAT FLAG. Today we know it as the Eureka Flag, but it was not immediately called that.

Henry Seekamp, the editor of The Ballarat Times and a voice of agitation for the demands of the miners at the time, referred to it as the “Australian ensign”, in other words, the Australian flag. In a report to his superiors back in Britain, Sir Charles Hotham, then Lieutenant-Governor of the colony of Victoria, called it “the Australian flag of independence”.

And so it was. The rebels were in open defience against the British colonial government. The general thrust of their actions and demands was for an independent republic that gave rights and liberties to the ordinary working people.

Certainly, it would be a republic – with a new constitution that does away with the historically outdated British monarchy as the head of the Australian state – and a new flag.

But that alone would not be enough make us independent. Because the power that dominates this country is no longer British. We are now part of a different empire – the US empire.

A truly independent Australia would have an independent and peaceful foreign policy based on the principles of self-defense and mutual respect between sovereign countries.

An independent Australia would not be integrated into and subordinated to the US military and its plans for imperialist wars around the world.

It would end the US-Australia alliance, remove US Marines and military bases from Australian soil – such as Pine Gap in the NT, and North West Cape in WA.

Our governments, both Liberal and Labor, would not be falling over themselves to pay tribute to Uncle Sam and our special “joined-at-the-hip” relationship with America.

An independent Australia would have a government that does not abandon, but protects and defends the rights of its citizens like Julian Assange. Of course, his only “crime” has been to expose the war crimes of the US and allow ordinary people around the world the chance to learn the truth behind the actions of the world’s governments and major corporations.

Julian Assange should be greeted as a great Australian, but instead our government ignores his democratic and legal rights – because the US demands it.

Economically, Australia is dominated by foreign capital and multinational corporations, most of which pay little or no tax. Take our huge mining and resources sector as just one example. It’s about 90% owned by foreign investors.

Australia is currently the second biggest exporter of liquid natural gas in the world behind Qatar. The single largest holder and exporter of Australia’s gas is the American energy giant Chevron. These multinationals export so much of our gas, that there are now plans to IMPORT gas because apparently, WE HAVE A GAS SHORTAGE!

I’ll say it again – the world’s second largest exporter of LNG, is about to start importing LNG, because we don’t have enough gas to meet the needs of the Australian people. Does this sound like the logic of a country that is independent?

In 2018, Qatar made over $26 billion from the taxes on the sale of its gas. Australia exported a similar amount of gas, but received less than $1 billion.

What does that mean for people like you and me? It means billions and billions of dollars that we don’t have to spend on public schools, hospitals, teachers, nurses, apprentices, infrastructure, public transport, public housing, pensions, Newstart… the list of services for the Australian people that we could fund with that money goes on. But we can’t. Because we don’t own this country. The multinationals do.

I’ll finish in a minute but, I just want to say one final thing about the struggle for an independent Australia, and in many ways, it’s probably the most important.

In 1788 this country that we call Australia, was invaded by British colonialism. What followed was a genocide and dispossession of the First Peoples who have lived on this land for tens of thousands of years.

The massive amount of natural resources and wealth that this country possess has been stolen from the First Peoples. We can’t change the past. But to create the future that we want to see, we need to face up to and recognise that past.

That’s why the struggle for an independent Australia must stand in solidarity with the First Peoples struggles for justice, self-determination, and against colonisation.

Our struggle and vision for an independent Australia cannot be a racist one. It must be a multicultural one that takes to heart the true spirit of Eureka as captured by Italian miner Rafaello Carboni when he called on his fellow diggers “irrespective of nationality, religion or colour, to salute the Southern Cross as the refuge of all the oppressed from all countries on Earth.”

That’s the kind of Australian Independence that Spirit of Eureka organises towards. We hope you will join us! 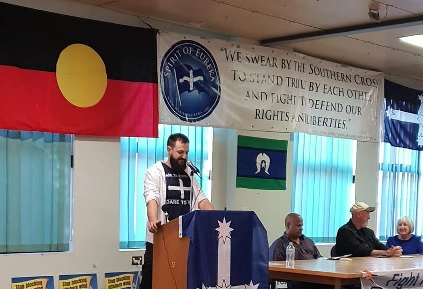 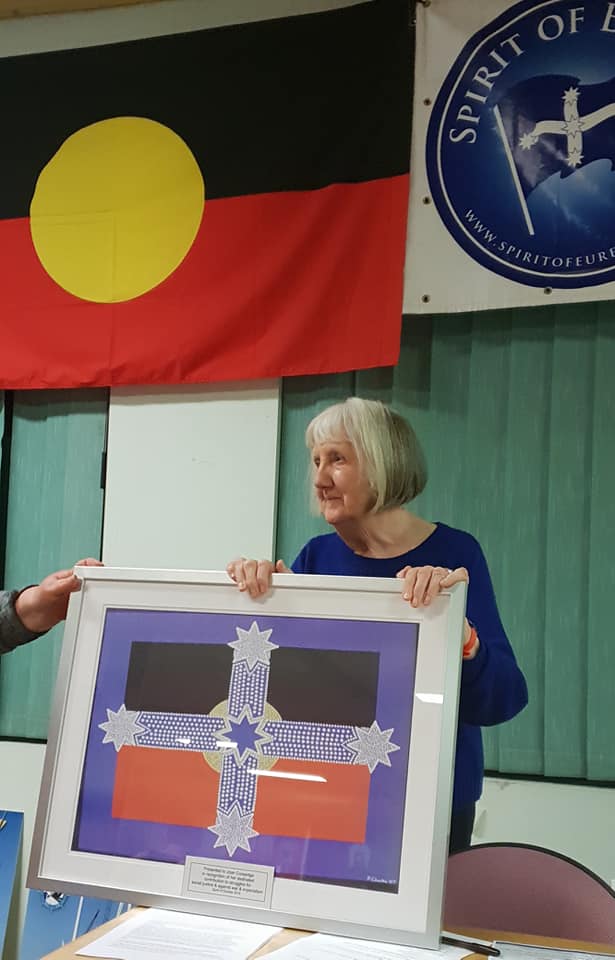 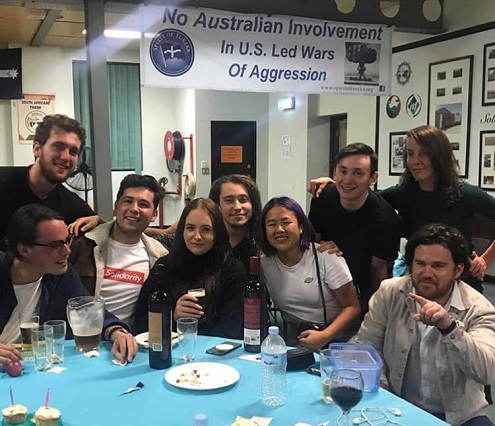 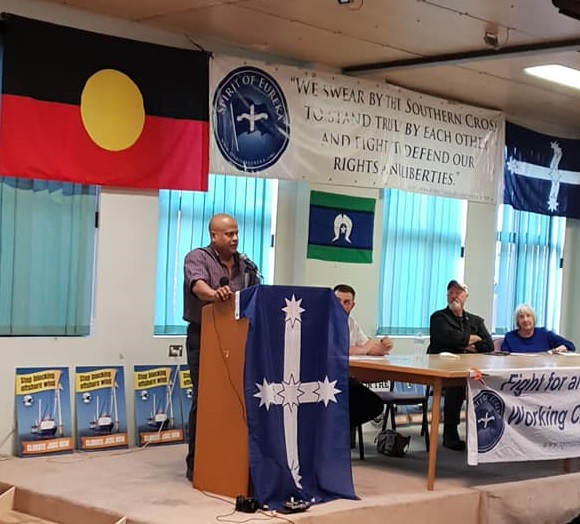 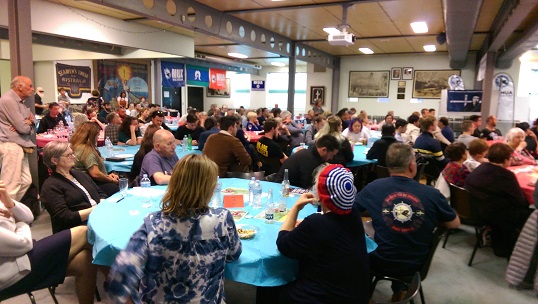