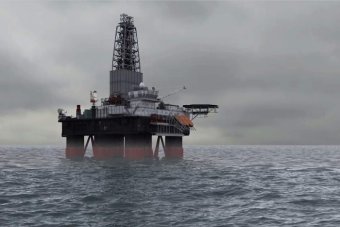 Such companies advertise themselves as slick and professional, the best in the business, all things to men, women and everyone in between. They insist that we can all have that vast cake of wealth and eat it too.  Equinor, a Norwegian multinational beast of an energy company with its headquarters in Stavanger, has been doing much in the way of making cakes and eating them. It seeks“to be the world’s most carbon-efficient oil and gas producer” but at the same a sound investor in renewables. The earth may well be heating up, but there is no point in not having a bet each way as the frog boils.  Whatever its formula, the company is boastful. “We energize the lives of 170 million people.  Every day.”

Interest has now shifted to the Great Australian Bight, an area deemed by the Great Australian Bight Alliance “one of the most pristine ocean environments left on Earth, supporting vibrant coastal communities, jobs and recreational activities.”  The Norwegian company is determined to drill for oil at a location some 476km west of Port Lincoln, a site which is intended to become the Stromlo-1 well with an intended depth of 2,240m.  A period of 60 days is anticipated, with commencement taking place for late 2020.  A submitted proposal to do so is currently being assessed by the National Offshore Petroleum Safety and Environmental Management Authority (NOPSEMA).

The company has every reason to be confident that hiccups will be few and far between.  As Coalition campaign spokesman Simon Birmingham told reporters in Adelaide last week,

“There are a large proportion of constituents who want to see jobs and opportunities created, as long as there is no environmental harm.”

Outside the good offices of NOPSEMA, disputes over the science feature.  For Equinor, all is manageable and realisable.  For James Cook University marine biologist Jodie Rummer, a utopia reconciling drilling and sustainability is questionable: environmental frameworks need to be far more sensitive.  Her own research showed that “even small boats and the noise that motors make are disturbing fish and the way they develop.”  Rummer’s descriptions are of marine communities at risk and trauma; even a few drops of oil, she asserts, would cause “massive effects on behaviour and even physiological performance.”  The terror for concerned citizens such as the Wilderness Society’s South Australian director Peter Owen is clear: “It’s very remote where they’re proposing to drill, so if it all goes wrong out there, there’s nothing they can do.”

A typical formula in Australian environmental regulation is its sense of devolution, a polite way of deferring problems best resolved at the highest levels.  Federal bodies prefer their state counterparts to masticate over the issue, thereby passing any potential scandal down to a more local level; state politicians, in turn, refer the issue to the relevant state regulator, bound to be praised for its sound assessments.

“The bottom line,”  says South Australia’s treasurer Rob Lucas, “is it cannot proceed and won’t proceed unless the most stringent safety environmental standards are met.”

Opposition groups numbering some 20 councils and a range of environmental concerns have not been assured by either the Liberal or Labor parties.  Ever spooked about the prospect that denying such a company access to the Australian environment might prevent a jobs opportunity, voices of concern tend to fall silent.  Such silence is assisted by the power of cash and wooing: Equinor and the Australian Petroleum Production and Exploration Association, a self-touted “voice” for the industry, have been busy spruiking their case to members of the South Australian parliament.

In March this year, both groups were given access to parliamentarians and interested parties at two fora in Adelaide.  APPEA South Australia director Matthew Doman extolled the industry’s aspirations to sustainable operations and engagement with “coastal communities” and those using the marine environment.  To push the claim for drilling, Doman dreamily spoke about an “independent” report from 2018 commissioned, naturally, by his own outfit along with the assistance of ACIL Allen Consulting.

Dollar signs flashed with seductive calling: oil exploration in the Great Australian Bight could see “more than 2,000 jobs in South Australia” while generating some $7 billion in average annual tax revenue for state and federal governments.  As is often the case in such soothsaying, a future indirect effect is also praised: between 2020 and 2060 (time is never an issue for those in this business), additional activity and “associated tax revenue” would see the creation of 5,000 jobs.

For those claiming the unimpeachable nature of any independence in the process, ACIL Allen Consulting prides itself on having experience in the resources business covering “all aspects of the minerals and energy sector, from iron ore and coal industries to onshore and offshore petroleum.”  Now that’s independence for you.

Even more troubling to environmental activists was the presence of NOPSEMA’s own head, Stuart Smith, at the Adelaide events.  There was little in the way of objective distance: Smith was there to be impressed and chew the fat with industry participants.  Greenpeace Australia Pacific chief executive David Ritter was not taking chances, pointing out in a letter to the regulator that such proximity was inappropriate.  “Australian and international integrity bodies have long raised concerns that close relationships between regulators and the industries they are regulating can lead to ‘regulatory’ capture’.”  It was “not appropriate for the chief executive officer of an independent regulator to actively participate in events that are set up to endorse the ‘opportunity’ related to activities that is the authority’s role to independently regulate.”

It has fallen to Greens senator Sarah Hanson-Young to provide reassurance that the issue will make its way to the federal parliament.  “The campaign is growing and growing, but we have to stop this project in Canberra and in the parliament.”  With the regulator watered and dined, that, assisted by ferocious public protest, may well be the only route open to concerned parties.