The persistence of white supremacy 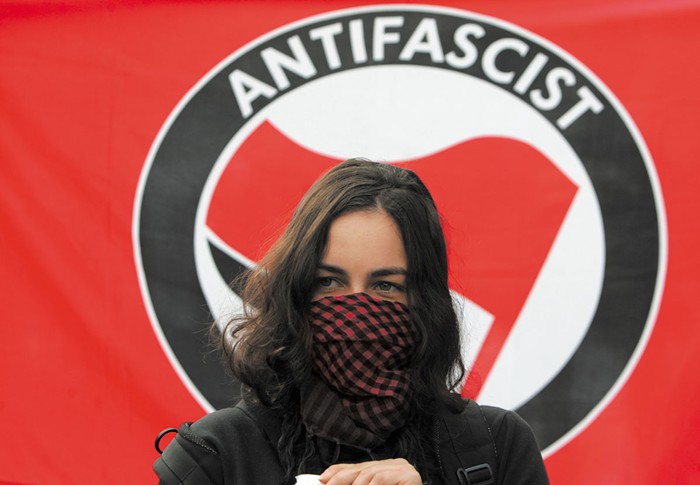 Race politics and white supremacy have a long and dispiriting history in the European tradition. They have informed its political ideas for 500 years, from the 16th century slave trade through the völkish nationalism and eugenics of the 19th century to the authoritarian regimes of Italy and Germany after the Great War. They have fed numerous ultra-right fantasies of monocultural ethno-states constituted on the concept of an organic gemeinschaft. After 1945 they became important planks for the opponents of decolonisation, civil rights and Indigenous recognition. In Australia, issues of race have been an integral part of its history since 1788, with sporadic conflicts between settlers and Aborigines, the English and the Irish, British and German colonists, old Australians and new, white and Asian Australians. It was only in the 1960s and 70s that the foundations for a new social compact were laid to ensure racial, religious and cultural tolerance and put an end to the centuries of discrimination and violence. It had limited success.

Perhaps we needn’t go past Christchurch to see the results of the white ultra-right’s emergent confidence and its ascendancy in public affairs. But it’s worth noting that there have been similar atrocities committed in Québec (January 2017) and Italy (February 2018). Overtly neo-nazi rallies have been held in Melbourne, Charlottesville (USA) and European cities. Ukraine has had members of Svoboda (a neo-nazi party) in the nation’s cabinet. Hungary’s Fidesz Party has made the exclusion of Middle Eastern immigrants a major element of its political platform. Elderly celebrities like Brigitte Bardot publicly call the French overseas territory of Réunion ‘a demoniac island’ and its indigenous people ‘degenerates’ with ‘barbarous traditions’ and the ‘genetic makeup of savages’ (she has since apologised!). The Reclaim Australia movement has placed the Protocols of the Elders of Zion, a fabricated anti-semitic tract, on its website. Need I mention the likes of Pauline Hanson and Milo Yiannopoulos?

In this context it is timely to read, or re-read, a book by British author Mark Bray on the history of anti-fascist and anti-racist movements since the 1920s and their contemporary manifestations, Antifa: The Anti-Fascist Handbook (Melville House, 2017; MUP paperback, 2017). It’s not a great book but after Christchurch it’s a relevant book.

Mark Bray is a lecturer at Dartmouth College, UK. By his own admission, he is a leftist activist involved in many social movements in recent years (such as Occupy Wall Street in New York City) and a labour and anti-war organizer in both the UK and the USA. He is a Jew who lost part of his family in the Holocaust.

The term Antifa (pronounced UNN-tee-fah) is short for ‘anti-fascist’, with ‘fascism’ used as a catch-all signifier for authoritarian, racist and white supremacist groups. It derives from an amalgam of Antifaschistische Aktion, the German militant network in 1930s that broadly inspires the current movement. The word is commonplace in Europe, spray-painted on innumerable walls in cities both large and small from Naples to Prague. Bray’s Handbook is the first and, to my knowledge, the only English-language transnational history of the movement. It presents itself as a ‘how-to’ for would-be progressive activists and provides advice from 61 current and former anti-fascist organizers from 17 countries interviewed by Bray.

The book is an overtly partisan history of militant anti-fascism in Europe and the United States. It argues that militant anti-fascism is a ‘reasonable, historically informed response to the fascist threat that has persisted after 1945 and that has become especially menacing in recent years’. Bray traces the movement from the 1920s Italy, Germany and Spain before describing its modern incarnations from the Britain of the 1970s to the German autonomous movement of the 1980s, and finally to contemporary approaches in the era of social media and Antifa’s convergence with some strands of feminism. It presents Antifa’s mission as apposing ‘the historical continuity between different eras of far-right violence’. He describes it as ‘a kind of ideology, an identity, a tendency or milieu, or an activity of self-defense’. He is at pains to say that it is a leaderless, horizontal movement with roots in broad leftist causes such as communism, anarchism, socialism, feminism and anti-racism.

The first half of his Handbook deals with pre-1945 activism. It is a somewhat rushed history and is its weakest part, very sketchy and sometimes confusing. The second half deals with the period post 1945 and is better structured and more interesting. The book’s later chapters (e.g. ‘Five Historical Lessons for Anti-Fascists’ and ‘So Much for the Tolerant Left!’, ‘No Platform’ and ‘Free Speech’) are adaptations from essays Bray has published elsewhere. They are actually significantly more focussed, better written and more convincing. In this section Bray deals with important philosophical and practical problems with Antifa: aggression versus persuasion; mass movements versus militancy; choosing targets and changing tactics; issues of free speech.

Antifa is against free speech and assembly. Bray concedes that disrupting fascist rallies and events could be construed as a violation of these rights. He argues that: (i) fascists forfeit their rights to speak and assemble when they deny those same rights to others through violence and intimidation; (ii) fascism is not a difference of opinion that can be argued with but a political opponent to organize against; (iii) Antifa does not abide by John Milton’s dictum (in Aeropagitica, 1644) that, in a free and open encounter, truthful ideas will prevail. After Auschwitz and Treblinka, argues Bray, organized racism and hate have forfeited their right to be heard. Against the slippery-slopists who believe Antifa will begin with racists and eventually attack anyone who doesn’t agree with them, Bray adduces the historical record that does not support this view since Antifa cells that have shut down local hate groups have invariably closed themselves down as well.

Antifa is intolerant: Bray argues that there can be ‘no tolerance for intolerance’. Antifa does not abide by the liberal notion that one can ‘agree to disagree’ when one’s opponents are in the service of ‘white supremacy, hetero-patriarchy, class oppression, and genocide’.

Antifa indulges in macho posturing: Most of Antifa’s activities focus on research and the monitoring of white power events and groups. But while Bray asserts that direct confrontation is only a small percentage of what is done, he concedes that there is some masculinist posturing in Antifa’s behaviour. Bray claims that all the anti-fascists he interviewed, in all countries, decried the problem of machismo within their ranks and take active steps to suppress it.

Some reservations and a conclusion

I have already expressed some criticism of Bray’s book, but I raise three broader matters. First, the book can read like a pastiche since it rushes between different countries and decades with more description than analysis. In his defence, he admits that it is a ‘handbook’ prepared in haste and not an academic history, written not to persuade but to reinforce a message; nevertheless more care would have better achieved his aim. Second, his definition of ‘fascism’ is too broad and consequently can leave itself open to whimsical interpretation by Antifa activists themselves. Third, he often magnifies the role of Antifa in historical events.

Bray declares the book ‘an unabashedly partisan call to arms’ and this is the best way of approaching it. Despite its faults, it is sincere in its opposition to white supremacy and lucid about the ability of fascist and neo-nazi movements to organise, and organise quickly, in times of crisis around the world. It reminds us that the ultra-right can infiltrate, influence and direct mainstream politics. It repeats some hard-won lessons that some anti-racists have forgotten. He tells us that representative parliamentary democracy is not a foolproof safeguard against the ultra-right. After all, Hitler started with a handful of members, Mussolini with a few veterans, and Golden Dawn was initially a joke in Greek politics; but all these authoritarian and racist parties became or have become significant political forces acquiring power legitimately through legal democratic processes. In addition, Bray enjoins us to reject the fatuous argument much repeated by the mainstream media, that there is a moral equivalence between racists and anti-racists, for the peddlers of white supremacy and the progressives who oppose it.

And I would add three more points to help prevent a repeat of Christchurch: that we must hold our parliamentarians to account and demand that they go beyond flowers and platitudes; that the everyday, casual and often thoughtless racism that creeps into words and actions and poisons civil society needs to called out at all times and all places; that when it comes to racism and white supremacy we should remember the slogan of the Spanish republicans in the 1930s, ‘No Pasaran!’ [They shall not pass!]