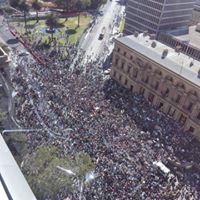 On Friday the 15th March, the country’s attention was drawn to the “School Strike for Climate Action”. Protests demanding that urgent steps be taken to reverse climate change were held in 60 locations covering metropolitan and regional areas across the country. An estimated 150,000 students changed their place of education from the classroom to the street on this day. Large numbers of adults also attended in support.

The rallies were so well supported that attendances were in excess of expectations. In at least one major city, initially one traffic lane of a main road was kept open, but as the rally grew police had to close it off.

The event was unprecedented, both in terms of its success as far as environmental rallies go and the organisational acumen of the students. Australia can be proud of its young people.

This generation is the most educated and aware about environmental issues than previous generations. It is not easy to pull the wool over their eyes, no matter how hard the climate change deniers might try. Couple this with being social media savvy and you have a formidable voice for protecting the environment.

The range of placards at the protests was inventive and poignant, authored by little tackers right up to high school students – indigenous and non-indigenous.  Here are but a few:

“The world is dying, stop denying”, “the oceans are rising – so are we”, “system change – not climate change”, “coral not coal”, “make earth great again”, “I have seen smarter cabinets at Ikea”, “compost capitalism” and many more.

The speeches given by the students were passionate and articulate.  They were adamant that they will not sit back and allow the current devastation to continue any longer.

There was a clear call for politician to stop supporting businesses that engage in activities that contribute to climate change and for businesses to put the planet before profits. 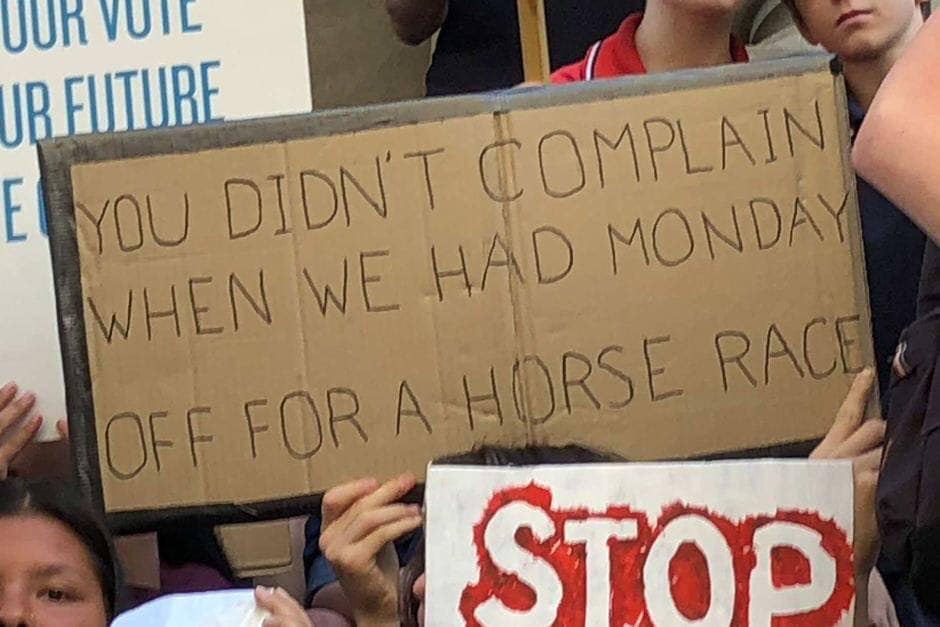 The best that the media, conservative politicians and the climate change deniers could come up with was to slam the students for taking a day off from school.  This is a similar response to the first national “School Strike for Climate Action” that was held on 30th November 2018. They still don’t get it. However, climate change will feature as a big issue in the coming May federal election. The rallies put the politicians on notice that if they continue as they have so far with no intention of addressing climate change, then they will lose their cushy parliamentary seats.

The school strikes were part of a global student action that all occurred on the same day in some 1,659 towns and cities in 105 countries.

The business sector and their politicians have made every effort to avoid halting and reversing climate change lest it interferes with profit making. If they don’t act responsibly, this young generation might just make the change for them.