The most important book on Australia and the Great War

The Great War centenary has seen a goodly trickle – though not the flood we anticipated – of books about Australia’s part in the Great War. We have seen important books on the operational side of the war (Meleah Hampton on the Australians on the Somme, say, or Lucas Jordan on ‘stealth-raiding’) and on the experience of war (Greg Raffin exposing the 1st Battalion protest to scrutiny or Joan Beaumont and her co-authors in Serving Our Country revealing the war experience of Indigenous communities).

Yet, no one (not even Beaumont in her prize-winning 2013 Broken Nation) has fully answered the biggest question of all: why did Australia become involved in such a ruinous conflict, seemingly without a second thought? The conventional answers to that question have been ‘because as a part of the British Empire Australia had no choice, and anyway went willingly’ or ‘no one could have known what the war would bring’. Both of those responses are true, but only up to a point.

Peter Cochrane is an independent scholar who has published widely on aspects of Australian history, including penetrating books on Simpson and his donkey and New South Wales colonial politics, and a couple of historical novels. Now, his Best We Forget is, quite simply, the most important book on Australia and the Great War to appear in the course of the war’s centenary.

Australians’ racial anxieties and antipathies in the late colonial and early federal period are, of course, well known and documented, as are their effects in making a White Australia one of the earliest and most durable creations of a national parliament, and in sending successive Australian governments off in the ‘search for security in the Pacific’, as one of the most substantial scholarly studies of the period was entitled. So what is new about Peter Cochrane’s book?

Cochrane shows that key members of successive Australian governments decided in the decade before 1914 that, when war came (as all expected it would), Australia would go ‘into this conflict for our own national safety’, as Billy Hughes said in 1919. That ‘national security’ was not conceived with a remote and notional German threat in mind, but with a conviction that a ‘race war’ would begin in the Pacific and that Japan would become an enemy.

Cochrane’s work endorses and elaborates the research of John Mordike, who in two books, An Army for a Nation (1992) and We Should Do This Thing Quietly (2002), showed how Australian politicians were willingly co-opted at imperial conferences before 1914 to commit troops to the Empire. These decisions remained unknown for some 80 years. Mordike’s argument, warily regarded or even rejected by more cautious historians, is complemented by Cochrane’s book. And we need to acknowledge the strength of Douglas Newton’s 2014 book, Hell-Bent, on the Australian decision to accept (and indeed anticipate) the Empire’s war in 1914, a work which likewise confirms and corroborates much of Cochrane’s argument.

Cochrane avers that his title Best We Forget is ironic. It is certainly ironic that, in over a century of writing about the Great War in all the dimensions in which we have, we – Australians – should have missed the essential facts as Peter Cochrane has found them. His argument is, in essence, that Australians’ racial anxiety toward Asia in general and Japan in particular in the decade before 1914 made Australia’s political leaders prepared to underwrite an imperial war in the hope of securing British support for the security of a White Australia. 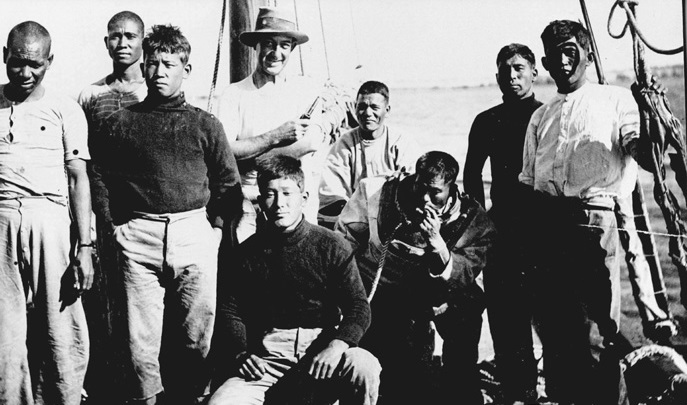 Cochrane supports his contention beyond question. Future historians of the Great War, while avoiding the easy characterisation of Australia as a prematurely ‘independent’ nation, can no longer find refuge or solace in its standing as a part of the British Empire. Australia’s membership of the Empire is part of the story, but not, as Cochrane shows, the whole explanation. ‘Popular memory’ of the war in Australia, he writes, has hitherto known ‘little or nothing of the racial dimension’ of the thinking and decisions underpinning the Australian decision to so enthusiastically commit to support the Empire. That now has to change. The next popular history of Australia’s Great War must acknowledge this fact.

One of the most important changes that Cochrane’s book has precipitated is that he shows that Charles Bean’s Official History, while perhaps not fostering outright lies, certainly presented a misleading view of events before and during 1914. It did this not least by failing to explain the importance of Australian apprehensions of Japan, despite Bean himself sharing those fears, as is clear from his published writing before the war. Did Bean really not know of the thinking that led to the decision to embrace the war so fully, or was he dissembling?

Cochrane has made the original and profound connection between Australian racial fears and its participation in the Great War. This is something that – amazingly – no-one else has done, despite the abundant literature on all of the historiographical strands from which Cochrane spins his yarn.

Cochrane’s is a most original and illuminating argument. It is perhaps more complex than it needs to be to provide a popularly accessible survey of the subject – Cochrane’s aim – but the detail strengthens his case. He takes the reader through late colonial Australia’s generalised racial antipathy, its eventual focus on the spectre of a resurgent Japan, and the anxieties of Australians conscious of their vulnerability and frustrated that Britain, their supposed protector, seemed unwilling or unable to fulfil that role.

Cochrane’s focus is ultimately to explore the question of why all this was so. His answer is to argue that the creation and dispatch of an expeditionary force (one that suffered the death of one in five of its members and the wounding of half the rest) was based not only – or not so much – upon simple imperial loyalty, but upon the quite deliberate trading of the lives of Australian citizen soldiers for an assurance that Britain would thereby undertake to protect a nervous, vulnerable White Australia, anxious over potential Japanese aggression.

Come the outbreak of the expected Great War the chief villain emerges, in the figure of William Morris Hughes, the self-proclaimed ‘Little Digger’, whose portrait adorns the book’s cover. Cochrane argues that Hughes changed his mind to seek conscription in order to demonstrate Australia’s bona fides. In this he was aided by Defence Minister George Pearce, who had been implicated in promises made at imperial conferences and who was now responsible for creating and maintaining an Australian Imperial Force.

Thus, Australia’s seemingly pointless sacrifices on the Somme and at Passchendaele were, Cochrane shows, made in order to guarantee a White Australia. The sixty thousand Australian dead Hughes famously claimed to speak for at Versailles were the premium Australia paid for what Hughes hoped would be an imperial guarantee, one that in the event was not honoured as Hughes and Pearce had hoped.

Cochrane’s case, if overly detailed, is clear and convincing. We can no longer continue to simply argue that ‘Australasian Britons’ simply responded to the appeal of Empire. They did – that was what made Hughes’s and Pearce’s task all the easier – but, in their motivations and – the word is unavoidable – machinations, the decisions of successive Australian governments, Labor and Liberal, committed their nation to a tragedy in order (in their view) to forestall the greater threat of an aggressive, imperialist Japan.

These governments were, of course, twenty-odd years previous, and the Australian crisis of 1942 when it came had to an extent been exacerbated by Hughes’s rhetoric and actions at Versailles. Arguably, Australia did eventually fight a ‘race war’ in the Pacific, but the losses suffered in the Great War did little or nothing to forestall it.

To end, a disclaimer: I read parts of this salutary book in manuscript, am thanked by the author in his acknowledgments and contributed a puff to its publisher (as did half-a-dozen other historians). Despite having tipped my hand, as it were, I do not consider that I am disqualified from offering a review of it. (Nor do we. HH)

* Professor Peter Stanley of UNSW Canberra is one of Australia’s leading historians of the Great War. As well, in 2008 he published Invading Australia: Japan and the Battle for Australia, 1942, in which he explained the long roots of Australian apprehension of Japan, and in 2017 The Crying Years, a history of Australia’s Great War that could have benefitted from Best We Forget.