‘Sacrifice Zone’, a documentary directed by David Lowe and Eve Jeffery, premiered as the Labor administration opened 51 per cent of the Northern Territory to fracking on First Nations’ lands. More is planned for South Australia and Western Australia.

The film systematically unfolds the reality of fracking and the dignity and determination of those standing against it, especially in the Santos Narrabri Gas Project in north western NSW.

Santos’s 850 wells on 425 well pads over 95,000 hectares is just the beginning. Six more fields (collectively the size of Tasmania) are planned, but local opposition is well above 95 per cent.

“The biggest enemy of farmers by far”

The wild and precious Pilliga forest where fracking is slated to begin “falls within the heart place of the Gomeroi Nation” says Gamilaraay/Gomeroi activist Judy Kay Knox.  Gamilaraay men, Uncle Paul Spearim and Nathan Lesley speak while locked on at a drilling site, “standing up for our land, our water, our country.”

The Pilliga is the recharge zone for the Great Artesian Basin. The GAB lies under four states and territories, an area bigger than Queensland. Poisoning the Basin would be irreversible. 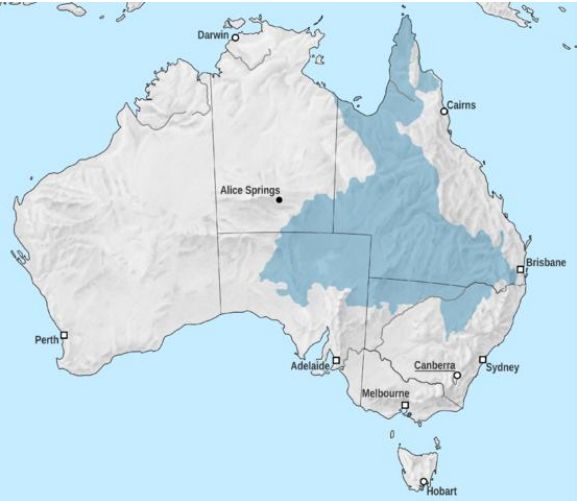 “Data is absolutely solid on methane migrating in bores” but it isn’t mentioned in Santos’s Environmental Impact Statement, and as for the staggering amounts of waste salt, Santos says it “won’t discuss” it.

US farmer, John Fenton said, “We can’t drink the water out of the wells any more. We have to ventilate our homes so they don’t explode… Our property is worth nothing now.”

QLD farmer and Chairman of Basin Sustainability Alliance, Les McNicholl says, “The resource sector is the biggest enemy of farmers in Australia by far.” He says of the sector’s representatives, “You know they’re lying if their lips are moving.”

Farmer Megan Kuhn says, “I think Australian farmers need to be really brave. Not just in the country, but as a whole and ask ourselves, ‘Is this what we really want?’”

“They’re missing one element – the people.”

Often the young inspire parents to strong action, so Josh Borowski expressing his utter disbelief that his father would lock on, is an unexpected gem. After Ted Borowski locked on under a truck for seven hours, his sons followed suit with their mates. No picture could typify country men more than these smiling blokes with big hats about to head up the road.

New NSW trespass laws copped this wry response from a middle-aged female protester, “Seven years prison for locking on? What a lovely rest for a farmer’s wife.”

The sheer ordinariness of those involved in this campaign is overwhelming. They don’t rant or rave. They’re quiet, articulate, funny, expert and united. There’s not a second of preaching. The facts roll over you like a flood, unmistakeable, powerful, unstoppable.

North West Alliance can be contacted at: www.csgfreenorthwest.org.au