This article was an Independent & Peaceful Australia Network (SA) leaflet handed out at a United Nations Australia Association and Women’s International League for Peace and Freedom public meeting held in Adelaide, during November.

Saudi and Israeli leaders, backed and supported by the US, are concocting a war against Iran and their allies, Hezbollah/Lebanon. Syria, Qatar, Turkey, and Russia may well be drawn in by their own alliances.  The ultra-conservative Islamist monarchy of Saudi Arabia, and the ultra-conservative Zionist and apartheid state of Israel, are joined in an unholy alliance because “the enemy of my enemy is my friend”.

Now that Islamic State and Al Qaeda (aided by the Saudis and Israelis) have been effectively defeated in Syria and Iraq, both Crown Prince (and effective ruler) Salman and PM Netanyahu are obsessed with Iran’s growing influence in the region.

You might think Australia has no possible shadow of an excuse for involvement, but that forgets the terms of the so-called US alliance – ‘you go where we need political cover, in return we might  support you in some possible future conflicts’. That’s what brought Australia to the Iraq invasion, to bombing missions in Syria – and to so many other wars before that.

Salman in 2015 started the bloody and destructive but so-far unsuccessful war against Yemen (one of the poorest countries in the world) for empire-building reasons, both his own aspiring regional one, and the US global one. Despite its poverty, Yemen is very strategically significant, placed as it is at the mouth of the Red Sea – entrance to the Suez canal. The Australian Navy has just conducted a training exercise with the Saudis, not far from where they are blockading food and other supplies to a starving Yemen. 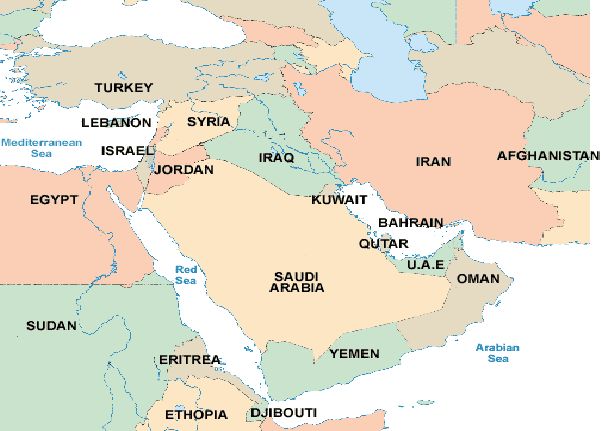 “I think it is disturbing to hear that the ADF is training a navy that is involved in this blockade,” Elaine Pearson, Director of Human Rights Watch in Australia, said. “We know that the Saudi-led coalition has been arbitrarily delaying and diverting ships carrying lifesaving goods to Yemen, and humanitarian assistance is clearly desperately needed right now.”

Some weeks ago, Defence Industry Minister Christopher Pyne was also spruiking arms sales to the Saudis. The Yemen war creates their most pressing need for arms. So Australia’s ethics-free refugee policy also applies to military sales.

Our allies-by-proxy are amongst the worst human-rights violators in the world.

Israel’s apartheid treatment of the Palestinians, illegal settlements in the West Bank, and murderous bombardment of the Gaza Strip are well-known.

In 2016 the Saudi-led coalition was added to the UN Secretary-General’s “list of shame” for children in armed conflict for its role in killing and maiming children and attacking schools and hospitals in Yemen. Domestically, non-lethal crimes including   “adultery”,  “apostasy”,  “witchcraft” and “sorcery” are often punished  by execution in Saudi Arabia. Recently Crown Prince Salman has been posing as a moderate, and puff pieces in Australian and other western media push this line. But apart from allowing women to drive, very little has actually changed. 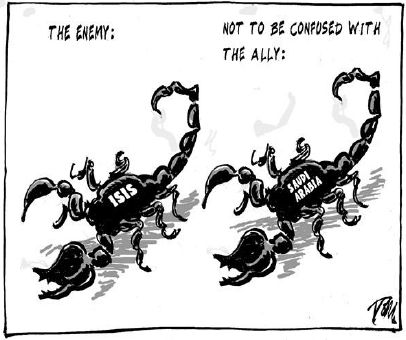 The growing coordination between Saudi Arabia and Israel for triggering a desired war in the Middle East was revealed in early November when Israeli Channel 10 published a leaked diplomatic cable sent to their missions abroad to do everything possible to ramp up pressure against Hezbollah and Iran, and support the Saudis.

This, then is a real and urgent threat – and arises from our one-sided relationship with the US. We need an independent foreign policy that allows Australia to stand on it’s own two feet – and not be a puppet of the US.

To promote this and other peaceful alternatives, a new organisation has been set up in Adelaide – Independent and Peaceful Australia Network (SA)