This article was a recent Spirit of Eureka leaflet 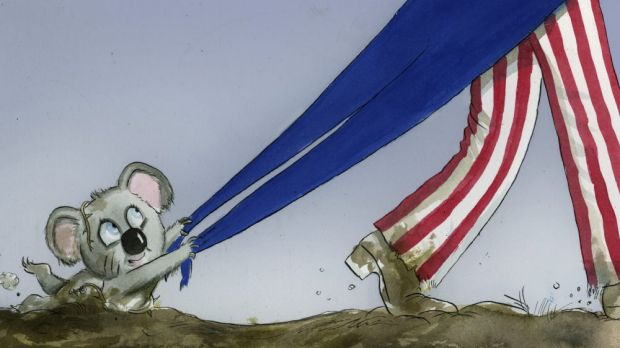 We live in a world under a permanent threat of major wars with devastating consequences for the people and the environment.  These dangerous times call for a broad and united peoples’ movement for global peace, justice and mass mobilisation against foreign military bases, foreign troops and imperialist wars.

In Australia, it is more urgent than ever to call for an end to Australia’s subservience and complicity with U.S. wars, and to promote an independent foreign policy that builds peace, justice and independence from big powers.

Militarisation of the world is on a scale never seen before.  Today the military-industrial complex made up of the biggest US and European giant multinational weapons producers and traders, dominates world economies and increasingly dictates countries’ foreign policies.

The U.S. is the most heavily armed, militarily powerful and belligerent aggressor igniting geo-political and economic tensions and military conflicts in many corners of the world.  Its economy is in crisis and more than ever relies on foreign wars, threats of wars abroad and growing fascism at home.

If we look beneath the surface we can trace the source of these geo-political tensions and conflicts to competition between big powers and their multinational corporations for natural resources (oil, gas, minerals), trade routes, markets for their goods and services, and cheaper labour.

Wars of aggression and foreign interventions have become the norm, as more world economies are militarised and people’s democratic rights are eroded.  At the same time the working and living conditions for people worsen and poverty spreads.

Thomas Friedman, the New York Times columnist famously said in 1999, “The hidden hand of the market will never work without the hidden fist of the military. McDonald’s cannot flourish without McDonnell Douglas, the designer of the F-15. And the hidden fist that keeps the world safe for Silicon Valley’s technologies is called the United States Army, Air Force, Navy and Marine Corps.”

Without the servile support and complicity from its client states like Australia the US would have far less power to dictate international policies and unleash global wars.

A world-wide movement mobilised against U.S. aggression and interference and the military-industrial complex, is capable of stopping these wars.  Knowing the main forces driving global wars, and creating strong people’s alliances, are powerful tools for building a broad and united movement against imperialist wars. 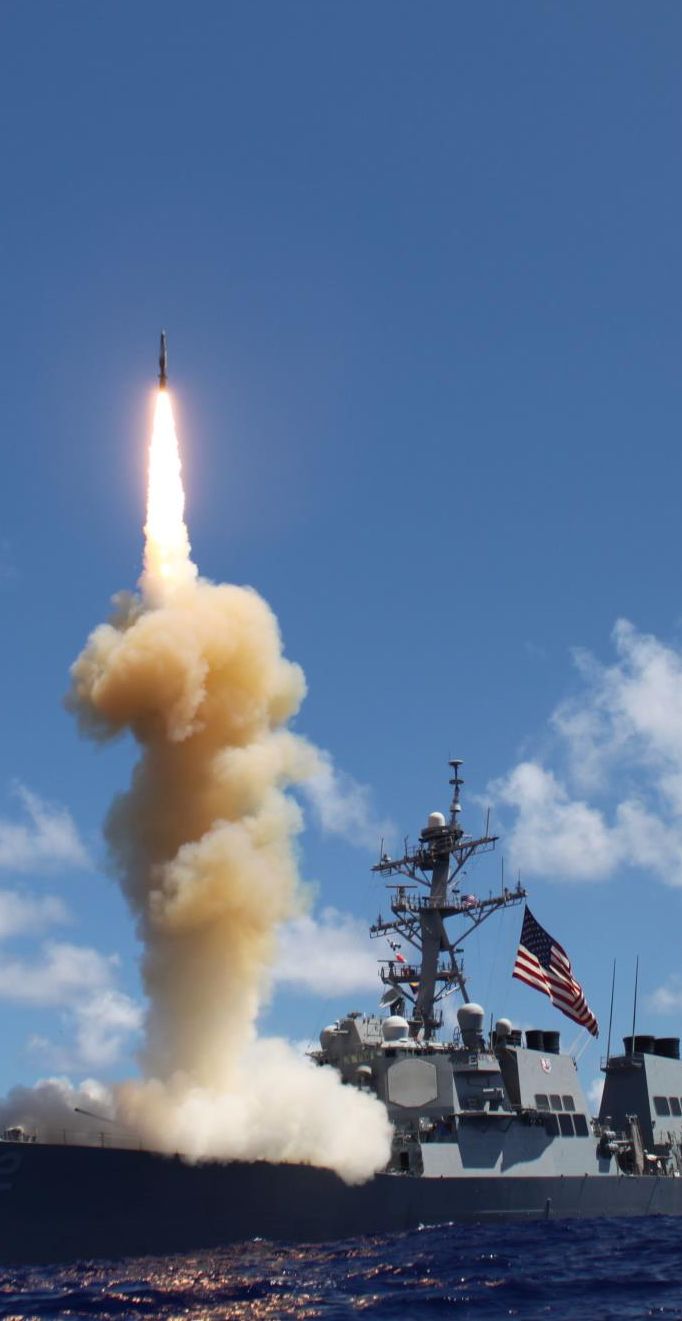 Understanding the underlying causes driving the world towards war, and creating strong people’s alliances, are powerful tools for building a broad and united movement against imperialism.

The U.S. needs servile and reliable “allies” to do its bidding and provide international “legitimacy” for its military aggressions and economic hegemony.  Subservient Australian governments have unquestioningly followed their US masters and willingly complied as deputy sheriffs in the Asia-Pacific region.   Since WW2 successive Australian governments have obediently dragged Australia into many U.S. wars with countries that Australia has not been in conflict.

Australia’s foreign policies have always been appendages of whichever imperial power dominated this country economically, politically and militarily.  First by the British colonial empire up to the 2nd World War and for the past 70 years by the US.

Australia’s national defence and foreign policies have primarily echoed and unquestioningly supported these imperial powers’ global military interests. The Former Prime Minister, the late Malcolm Fraser, in his book Dangerous Allies points out that it’s Australia’s subservience and blind support for Britain and the US for their wars that is the real threat to our security.

We fought, and continue to fight, against countries that pose no threat to Australia’s security, peace and safety, and with whom Australia as a sovereign nation had never been in conflict or dispute – the Boer War 1895, 1st WW, Korean War, Vietnam War, Afghanistan, Iraq, Syria – will North Korea, the Philippines, Venezuela, or China be next?

The most important sectors of Australia’s economy are dominated by U.S. corporations – finance, food processing, pharmaceuticals, construction, electronic technologies, oil and gas, military/defence and until recently, car manufacturing. “It is a little-known fact that Australia is home to more US investment than any other country in the entire Asia-Pacific region. No single country plays a larger role in Australia’s economy than the United States. From aerospace to agriculture, US direct investment in Australia takes place in practically every sector of the country’s economy.”, the United States Studies Centre – University of Sydney. ExxonMobil, Chevron, Citibank, Boeing, Lockheed Martin, Costco, Bechtel, Dow Chemicals are some of the biggest U.S. corporations exerting powerful influence over Australia’s economic, financial, environmental, industrial relations, defence and military policies.

Australia’s taxes should be used to serve the people

Significant parts of Australia’s defence budget and public spending have for more than 120 years been simply servicing British and US military agendas and their wars.  Today, the Australian government purchases most of the weaponry designed for offensive warfare, not for self-defence, from multinational arms manufacturers who stand to profit enormously from a world that’s in a perpetual state of war and the threat of war.

The majority of recently acquired weaponry, hardware and arms procurement is from the US multinational arms manufacturers – Raytheon, Lockheed Martin, IBM, Boeing.  Australia is purchasing from the US, 75 F35 joint strike fighters at a cost of $10 billion; and 12 Barracuda submarines from France (member of NATO), at a cost of $50 billion.  This hardware is specifically designed and built for long-range warfare, not for self-defence.

Instead of spending people’s taxes on decent and reliable services for the people – health, education, public infrastructure, welfare and community services, pensions for single parents, people with disabilities, affordable housing, the elderly, the unemployed, and climate change – public funds are spent on servicing foreign wars of aggression and the multinational arms manufacturers.

US Pivot into Asia-Pacific

The rapid economic growth and expansion of China is viewed by the U.S. as a major threat to its economic, military and political hegemony in the region. As part of an attempt to counter China’s rise, in 2011 former US President Obama and former US Secretary of State Hilary Clinton announced the US Pivot into Asia-Pacific that would see 60% of U.S. global naval, air and ground forces moved into the region.  It is no co-incidence that the first public announcement was made in the Australian parliament.  Australia was being primed as a major US military outpost in the region.

Australia’s defence forces, infrastructure and foreign policies are now even more deeply integrated into the US war machine.  Thousands of U.S. marines are now permanently stationed in Darwin.  Pine Gap and the other military and intelligence bases that Australia hosts are critical to U.S. prosecution of its wars against other countries. 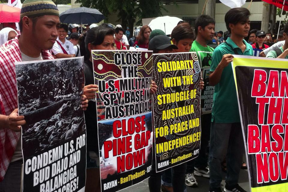 The Pine Gap military intelligence base continues to function as an essential part of an aggressive and expansionist US foreign policy in which Australia is expected to play an ever-increasing role of a US Deputy Sheriff. The base is critical to the US preparations and conduct of wars around the world and vital to the illegal U.S. drone assassinations program.

In March 2016 US General Lori Robinson landed in Darwin announcing that America’s biggest long range nuclear war planes bombers the B52 and the B1 will be regularly using Australian air bases in Darwin and Tindal, in Northern Australia.

These US bases and marines facilitate US aggression against other countries and make Australia complicit in its wars, and a probable nuclear target.

Successive Australian governments willingly submit to US war plans and military strategies in the region:  South-China Sea provocations, Turnbull’s threats and provocations on the Korean peninsula, his “joined at the hip” with the U.S. proclamation, echoing “All the Way with LBJ” during the Vietnam War of 1966 – 1972.

As long as Australia remains in the US-Australia military alliance and continues to host Pine Gap and the other US bases and marines on Australian soil, the people of Australia will be inexorably drawn into conflicts and US wars around the world. Internationally, Australia will continue to be accurately identified as a lackey of the US, and an integral part the American industrial-military.

The Australian people don’t want our country to be subservient to the interests and war mongering of any big power’s.

Closing down foreign military bases, sending home US marines, removing Australia from the US-Australia military alliance and upholding our own independent and peaceful foreign policy is the best defence for Australia.

An independent and peaceful Australian foreign policy that builds peace and co-operation with other countries and people; aims to resolve conflicts peacefully and respects the integrity and national sovereignty of other countries and people, is the only real alternative to our successive governments’ subservience to big foreign powers’ military and economic interests, and collusion in their wars of aggression.

An independent and peaceful foreign policy will be the Australian people’s contribution towards making the world a more peaceful and secure place for both people and the environment. 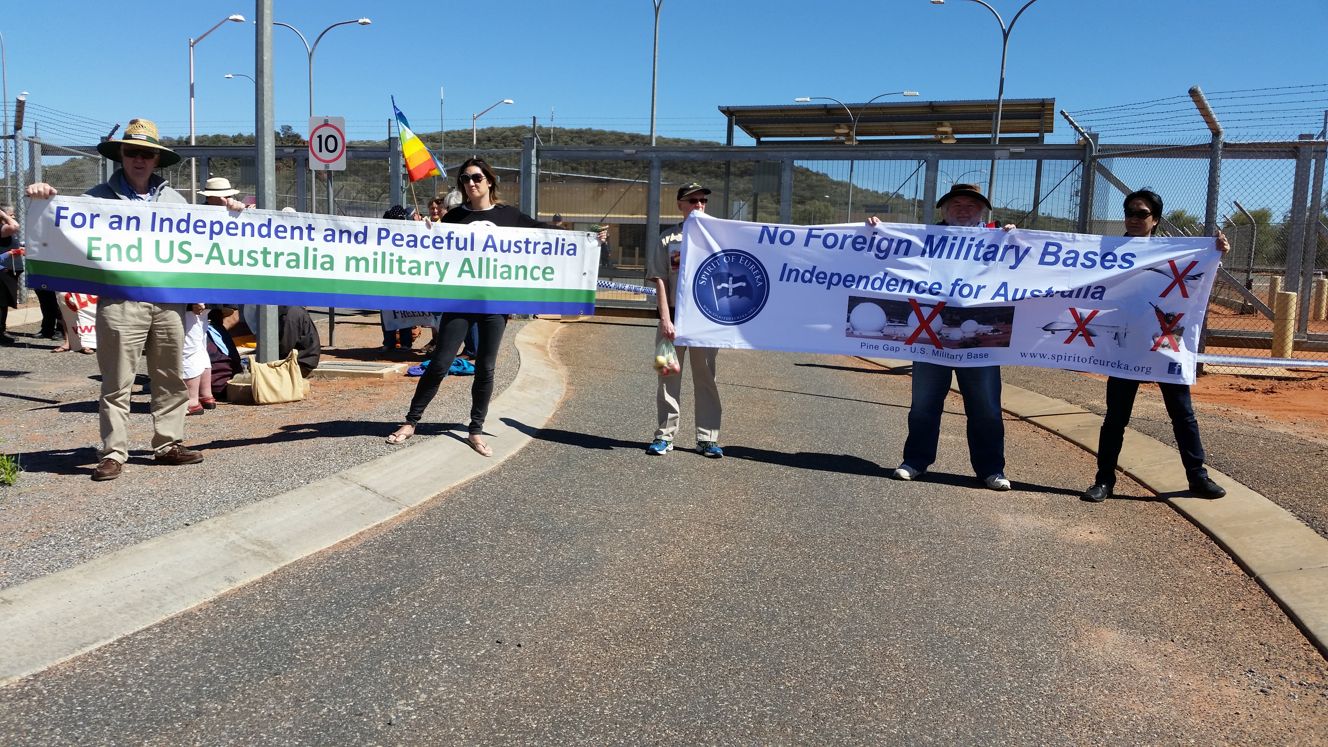