A presentation given to Solidarity Breakfast on Radio 3CR, 19 August 2017 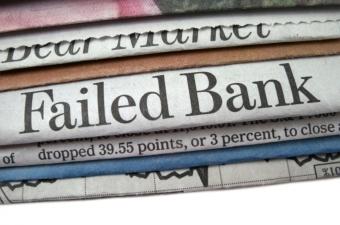 Two weeks back, we sketched the core of Marx’s analysis of the financial system. Now, we’ll go around the world on a sixpence, as they say, looking for its weak spots. That is, where might the next financial crisis erupt?

We’ll divide our investigation into two. We’ll begin by looking at what the Central Banks have been doing. Then, we’ll look at how some of the commercial corporates are faring.

Since 2008, the capitalist system has been kept afloat – more or less – by the Central Banks’ pumping of cash into the system. That adrenalin drip continues at a lower, yet still significant rate. This year, the combined pump priming will be US$1.2 trillion. A trillion has twelve noughts. It’s hard to imagine what that very big number adds up to in real terms. Well, $1.2 trillion is the size of the Australian economy, or, around 2 percent of the global economy.

Two percent is pretty close to the annual rate of growth of the world. In a very over-simplified model, if you took the 2 percent of pump-priming out of the system, the rate of global growth would be a tad above zero. In other words, there would be a global recession. And that Great Recession would have been going on every year since 2008.

Another way of thinking about the effect of pump-priming is to look at a particular economy. Sweden is a stand-out. Its growth rate of above 3 percent. That’s three times the average across the European Union. However, the Central Bank in Sweden will pump out a further $US 1.7 billion in the second half of this year. In addition, the Bank holds the official interest rate at below zero.

Let’s move beyond small little rich countries such as Australia and Sweden to the state of the U.S. economy. The Federal Reserve is no longer pumping out cash with Quantitative Easings. The U.S. growth rate is back to being pretty respectable. The rate of inflation, however, is still below the Fed’s desired level of 2 percent.

Despite progress, the U.S. recovery still two real world stress tests to get through. The Federal Reserve has put up interest rates three times this year, and is hinting at more to come. At the moment, the rate is only 1.5 percent.

Two possible dangers merit attention. The first is pretty obvious. Until last year, corporates and consumers were being paid to borrow money. Yes, I know. I can’t believe it either. For as long as U.S. buyers got money for jam, they spent. What will happen as interest rates get closer towards levels once considered ‘normal’? How much pain will U.S. spenders absorb before they stop investing and shopping? The Fed has been concerned not to go to far or too fast. It worries least a couple of more increases in short succession will kill off the recovery.

There is a second danger from lifting U.S. rates above those in Europe and Japan. Higher earnings in the U.S. will draw in speculative money to earn that extra half of one percent. Moreover, the arrival of money puts upward pressure on the value of the dollar. A higher exchange rate makes it cheaper to import and harder to export. That puts a damper on domestic production. In itself, that squeeze won’t mean a collapse of the broader U.S. economy. However, the Fed has to think about such indirect effects from higher interest rates.

The bond market is a whole other matter. It’s at least as important as the share market which gets all the attention. I keep thinking we should spend a session on the relationship between shares and bonds. The normal pattern is that if one increases, the other falls. That hasn’t been happening. That disconnect is just one more post-2008 outcome which the experts can’t explain.

What is the European Central Bank doing? It’s pumping out money too, and has no plan to quit. It is also winding up the last of the failing banks in the Euro zone. A failing Spanish Bank was taken over by a local competitor. Two medium-sized Italian ones were taken over by an Italian rival which got tax-payers funds to buy them out. Deutsche Bank staggers from one crisis to the next, one scandal to another. But it leans on the German government and surely its too big to be allowed to fail. If the worst happens, its shareholders, and even the big depositors, might have to bear some of the costs of a bail-out. Don’t hold your breathe. They aren’t Greeks.

British-based banks opposed Brexit. They hate the post-election uncertainty even more. At first, they just had to decide where to roost next: Dublin or Frankfurt? With the negotiations stalled, the banks can’t be sure when to fly the coop? Such uncertainty is a pain but is not going to bring them down.

On that front, the only disaster remains the Royal Bank of Scotland. It still has not cleaned up its balance sheet to return a profit after nine years.

We’ve just seen that most of the world has been kept going for nine years by pump-priming and near-zero interest rates. Japan has been doing both for 25 years. As the rabbit says in Alice, it’s taken all the running they can do to stay on the same spot. At least the authorities in Tokyo have warded off a deflationary cycle. That cycle is when everyone puts off buying today because they expect everything to be cheaper tomorrow. That hope becomes a self-confirming prediction. Prices keep falling and no one invests.

The management of the Japanese debts is in very different hands from the inner-workings of the Chinese state. Japan is no less corrupt but its political regime is utterly institutionalized and has been cemented to the corporate sector for 150 years. The LDP has ruled the roost for almost all of the last sixty years. So the affairs of state seem pretty secure.

Given those advantages why has nothing worked? On the other hand, why hasn’t the system imploded under its weight of debt and political inertia? It seems that the pundits have given up asking those questions, let alone offering answers. To fall back on the inscrutable Orient is to assume that nothing can go wrong.

That’s a bit like saying there will never be another Great Kanto earthquake because the one expected in 1989 is almost 30 years overdue. We can’t conclude that there’ll never be another one like 1923. A quake could be building up to burst out with greater force. Or the plates might have been realigned by other quakes to the south in 1991 and around Fukushima? Seismologists do not even pretend to know. The same ignorance rules in the economic realm.

Ten years after the financial system began to fall apart, a new set of rules for banks is almost in place. It is known as Basel III. The new rules are supposed to reduce the likelihood of another crisis. They are also intended to contain its impact when it does happen – as one will. In addition, the costs of the next crisis are supposed to be carried by the shareholders and not tax-payers.

Now, it is true that the banks have suffered a triple-whammy. Least of their burdens is that they have been hit with multi-billion-dollar fines for their bad behavior last time.

Under the new rules, they have to retain more funds in case of the next banking crisis. They, therefore, cannot lend as much. That limit depresses earnings from interest payments. The restriction comes at a time when interest-rates are close to zero anyway. So it’s little wonder that bankers everywhere are protesting that the Basel III regulations are too strict.

In the U.S. of A., Trump has promised to wind back regulations. Even under the tighter regime, the banks are up to their old tricks – and they have come up with some new ones. And that takes our world tour to Latvia.

For some reason, we’ve never mentioned Latvia before. It’s high time to make up for our neglect. Its banks engaged in various money-laundering schemes. Those doings placed them under bans from international organisations. The sanctions reach beyond the borders of Latvia. They apply to non-Latvian banks transferring dollar-denominated funds in or out of Latvia. Those banks are known as ‘correspondence’ banks. The upshot is that the Latvian banking system is shrinking to only within its own borders.

Who cares if Latvia doesn’t have an international banking system? A big part of the answer has been Russian oligarchs. But they might no longer be the only ones to suffer. A cou8ple of the Latvian banks helped North Korea to get around U.N. sanctions.

The U.S. is talking about imposing sanctions on the Chinese banks that finance trade with North Korea. So far, the U.S. has fingered only a couple of the smaller banks. Sanctions would prevent their operating outside China. The U.S. can enforce that.

For as long as the impact of those sanctions is confined to a clutch of small Chinese banks, there won’t be a threat to the global financial system.

Two wider risks are not impossible. The first is that the Chinese banks caught dealing with North Korea might be shadow banks for the four big ones. More likely, some of the major Chinese institutions will be ‘correspondence banks’. In that case, one or more could be caught in the web of transfers. Almost all the big European banks had their fingers on the Latvian Laundromat.

No Chinese bank is a major lender on the world stage. Despite the size of the Chinese economy, none of its four big banks is anything like Goldman Sacks, or Noruma in Japan. So, even if the sanctions spread from one or two smaller Chinese banks to the one or more of the Big Four, that need not have much effect on the availability of short- to medium- term funds throughout the world.

The danger is of a different order. The big Chinese banks handle the financing of China’s imports and exports. In other words, they are the conduits to its real economy. And that real economy is very much tied to the rest of the world.

The eruption in 2007-08 was made worse by contagion. Solid institutions had put themselves at risk by spreading their risks.

The imposition of bans would not bring about an instantaneous blockage to trading in goods and services. Yet any tremor will reverberate through China’s Great Wall of Debt. Its debt to GDP ratio is approaching 3 to 1. Many analysts fear that that level is unsustainable.

As with Japanese debt, we’re in unchartered waters. For how much longer can China absorb its debt levels? Does anyone even how much the total debts are? How many loans are non-performing and should have been written off years ago is a state secret.

Tighter liquidity at near-zero rates makes it harder to profit from lending money. Banks, therefore, are pushing up fees and chasing swindles. They are acting as ATMs for drug-dealers, gun-runners, terrorists – not to mention tax-dodgers. That is the name of their game.

The ‘culture’ problem is not inside Deutsche Bank or the Commonwealth Bank. The culture problem is real existing capitalism. What never makes the headlines is the laundering of cash from the exploitation of wage-slaves. That core business is not a crime.

Our job is to make wage-slavery a crime. The only way to do that is put an end to the capitalist system. As we said last time, calls for a Royal Commission into capitalism aren’t going to succeed. Anyway, the Report is already in. It’s called Das Kapital. In two weeks, we shall celebrate its 150th birthday.