“Whether we like it or not, Australia would be dragged into a conflict on the Korean Peninsula because of the critical role of Pine Gap in US military operations against North Korea”, says Professor Richard Tanter, senior research associate at the Nautilus Institute and honorary professor in the School of Political and Social Sciences at Melbourne University.

“Given the geography of Korea and the decades of military preparations of both sides,” said Tanter, “we could become a participant in a war likely to result in the deaths of hundreds of thousands of Koreans, with a high likelihood of uncontrollable escalation to involve regional conflict.”

“Informed commentators recognize that there is no military solution to this conflict, and talking is the only option to avoid unimaginable horror,” said Professor Tanter. “Difficult though it is to negotiate with North Korea, there is good reason to believe that its leaders are not bent on suicide. There are indications that negotiations could be possible, but they need to be genuine to have any chance of avoiding war.”

“The Australian government’s strategic response has for a long time been compliance with whatever constitutes United States policy of the day. In the hands of President Trump, this places the future of both the Korean Peninsula and Australia in the hands of a deeply delusional narcissist who is incapable of comprehending the consequences of his actions.”

“The logic of nuclear weapons, epitomized by the United States’ nuclear posture, and fully supported by compliant Australian governments, has led to North Korea’s successful path to nuclear weapons state status. Its goal has clearly been to deter U.S. from attempting regime change, rather than suicidal nuclear aggression.”

“It is time for Australia to take an independent stance urging the utmost caution on its nuclear-armed ally as well as on North Korea, and actively oppose any action leading to what would be a catastrophic outbreak of war.

“But equally, the present crisis makes clear that doctrines of nuclear deterrence – by any country – hold the whole world to ransom, with deterrence failure inevitable in the long run. It is clear that only the abolition of nuclear weapons will offer any chance of planetary safety. The Australian government’s craven acceptance of US demands that its allies boycott the treaty to prohibit nuclear weapons adopted at the United Nations indicates that we have no independent foreign policy.”

Professor Tanter will address the issue ‘What would an independent Australian foreign policy look like?’ during the upcoming Independent and Peaceful Australia Network National Conference in Melbourne over the weekend of       8-10th September 2017. 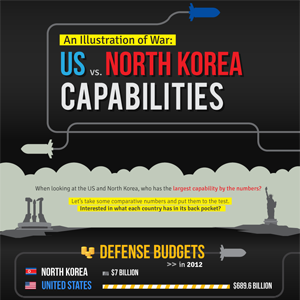 Australia should be supporting a resumption of the Six-Party Talks on North Korea’s Nuclear Program, that began in 2003 and involves both Koreas, Japan, USA, China and Russia. These talks offer the possibility of de-escalating the conflict between the USA and North Korea, and of working for a comprehensive outcome that takes into account the concerns of all and lessens the risk of a catastrophic war.

The response of the Australian Government to the recent increase in tension over North Korea has been misleading in relation to ANZUS, and shows little sign of any attempt to achieve a peaceful solution.  The ANZUS treaty does not require military action from Australia, but rather consultation, in the event of any attack directed at the U.S.

The Prime Minister’s immediate response – supporting the US to the hilt – reflects an appalling lack of judgement about the risks of nuclear war and potentially endangers millions of lives including Australian’s.

Any decision about Australia’s involvement in a war must be subject to a proper debate in Parliament and not exclusively by the Cabinet, as has been advocated by many people since the misguided engagement in the Iraq war. The implications of joining in any combat mission are too important to be entrusted to government leaders alone.

There will be a gathering of concerned citizens at the Melbourne Avenue entry to Parliament House from 7.30am this Wednesday 16 August to draw MPs and Senators’ attention to the importance of Australia supporting a resumption of the Six-Party Talks on North Korea and refraining from militaristic comments at this critical time.  All those in support are invited to join.


IPAN is an umbrella organization of around 45 local and national community and other groups and individuals concerned about peace and Australia’s independence.