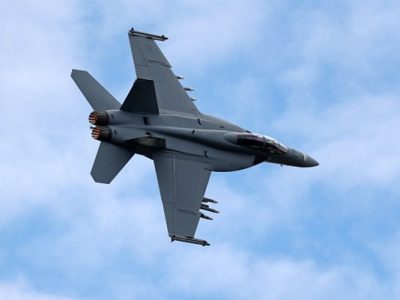 “The situation in Syria is deeply concerning, as the world edges closer to a military confrontation between the US and Russia.

“Such a confrontation, alongside the tension points in eastern Europe on the Russian border, makes the possibility of stumbling into an extended or even nuclear war closer than it has been for decades,” says Annette Brownlie, spokesperson for the Independent and Peaceful Australia Network.

“This is reflected in the Bulletin of Atomic Scientists recently moving their Doomsday Clock to 2-and-a-half minutes to midnight – the closest since the beginning of the full-scale nuclear arms race in 1954.

“The decision by Australia to temporarily suspend air patrols into Syria is a recognition of the high level of insecurity, despite our government’s generally accommodating response to US policy. This came after the US had shot down a Syrian jet, and Russia had responded by warning any US or allied planes that if they crossed the Euphrates River deeper into Syria they would be ‘painted’ by radar as potential targets,” said  Ms Brownlie.

“The vital responsibility of all those involved is to de-escalate and stand down their military forces from the brink of confrontation. The lead should be taken by the US, since they have no shadow of an excuse for being in Syria, but Russia should also make every effort to reduce and not increase tensions.”

“The great majority of the world’s nations are clearly indicating their attitude to nuclear weapons by negotiating a disarmament treaty at the UN as we speak. We must look to diplomacy to reduce these dangerous tensions and Australia should withdraw its forces from the region,” Ms Brownlie said.