This article was first published in a local Adelaide newspaper. It is republished with permission of the author. 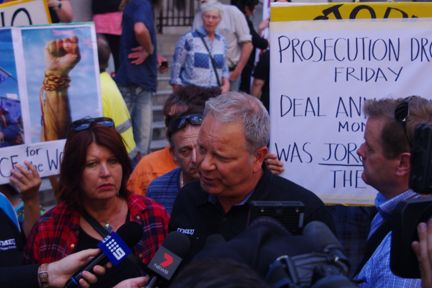 MASTER Builders Association chief executive officer Ian Markos has obviously not worked on a building site in South Australia lately and encountered a safety breach that might have endangered his life.

If he had, he might understand that safety and jobs are not separate issues but interconnected. Here’s how.

If Ian was working on a site and noticed a problem, unlike his counterparts in other states, he would not be able to invite a specialist OHS officer from the union or other organisations to assist in resolving the problem.

He would find that there’s no dedicated safety officer on site as there used to be for workplaces with 20 or more workers and that the person responsible is the project manager.

Depending on what kind of day they’re having, the project manager is likely to tell him that they’ll fix it when they have time, that if they held up the job every time a little safety problem arose, they wouldn’t meet the already tight deadline and to work around it.

Ian might not be satisfied with this response. If he’s concerned for his own safety and the safety of other workers, he might call a meeting and a resolution might be passed to get the problem fixed.

A few months down the track, Ian is surprised that he is being forced to attend an interview with the ABCC as they are investigating why he called a meeting over safety. He faces penalties and the threat of jail if he doesn’t attend.

When that job is over, Ian finds that no one else will employ him.

The CFMEU rally in Adelaide on Wednesday was to highlight the struggle that workers face over safety on South Australian construction sites, a problem already bad that is set to worsen over the amendments that were passed by the Turnbull Government with the support of the cross bench including Nick Xenophon.

The priorities of CFMEU and its members are anything but confused, as Ian Markos asserts. We want safe workplaces.

Our members tell us that the demands to work longer hours on extremely tight schedules, combined with precarious employment through labour hire and sham subcontracting, has made it very easy to get rid of workers who raise safety issues on site. 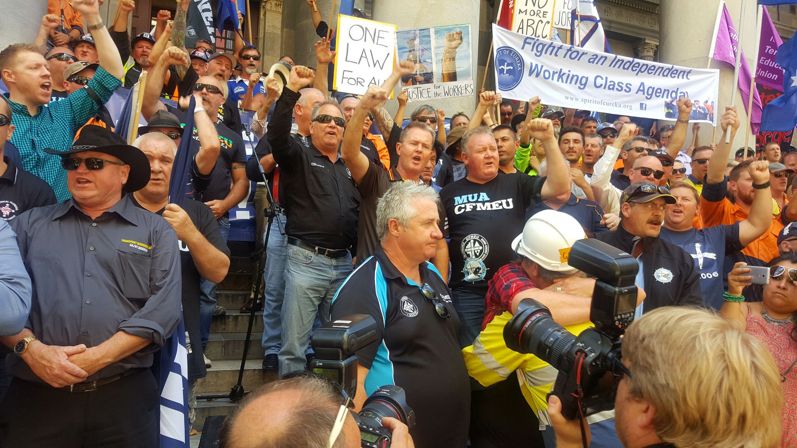 We want elected safety reps to have the same rights as workers in other states and have the ability to invite anyone onto a site to help in resolving safety issues.

We want a dedicated safety supervisor on sites that have 20 or more workers — something that was once enshrined in legislation.

Ian Markos is aware of this. As the former chief inspector for construction with Safework SA, he supported the provision for skilled, dedicated safety supervisors to ensure safe work practices were enforced.

It’s no surprise that the MBA has come out backing Hansen Yuncken — for more than 50 years they have been an influential member of the MBA and one of their major funders.

The indisputable fact is that three workers have died in three years on Hansen Yuncken sites in South Australia.

Our members know that things are already bad for them when it comes to safety. They are in no doubt that a beefed up ABCC means a green light to builders with unsafe work practices who put life and limb at risk.

They also know from experience that if they take action over safety they will be taken to court by the ABCC, be subjected to heavy fines and might never work in the industry again.

Workers feel betrayed that construction companies go unpunished when someone is killed on their site. Less than a week ago, charges were dropped over the death of worker Jorge Castillo-Riffo.

Workers are more vulnerable than ever with laws and governments stacked against them and they know that if they do raise something, they will be targeted.

We are not confused but angry that our members do not have the right to a safe workplace — which is, a universal and international human right of all workers.

We are determined to fight for their right to stand up and speak out about safety.

We want protections in place so that workers are not left to face employers on their own and risk never working in the industry again.

*Aaron Cartledge is South Australia state secretary of the CFMEU