Whilst the President elect Donald Trump will pull the United States out of the Trans Pacific Partnership there are other nefarious trade and economic agreements that the Eagle Empire wishes to impose on the world. This article expounds the malevolent thinking and planning behind these agreements.

TISA, TTIP and TPP continue to be negotiated in secret, as WikiLeaks recently released a new leak from the updated TISA (Trade in Services Agreement) core text and annexes. If you want to know what TISA means in 7 words, it’s this: total privatization and commodification of public services.

Unfortunately, once something is privatized, it becomes very difficult to ever get it back into the public hands. Of the 3 T-Treaties, TISA is the largest, encompassing 24 countries (including blocs such as the EU) which produce over 2/3 of global GDP, yet has received the least attention.

Protests against the TTIP (Transatlantic Trade and Investment Partnership, negotiated primarily between the US and EU) have been strong, to the point where several European government officials have publicly stated that the treaty doesn’t look like it will pass. Protests have also been strong against the TPP (Trans Pacific Partnership, negotiated primarily among the US, Japan, Canada, Australia and other Pacific nations).

Since the worldwide economy is shifting from being product-based to being service-based, TISA has the potential to become one of the most important economics treaties on Earth. Already, according to 2015 figures from the World Bank, service industries account for 78% of US GDP and 74% of EU GDP. Together, the 3 T-Treaties promise to cement massive control in the hands of the international corporatocracy, disempowering sovereign states and preventing governments from setting laws, regulations and policy to protect their nations, markets and people.

All About the Corporatocracy

It’s laughable to hear politicians defend TISA and the other treaties by trying to claim they will be good for jobs or the economy. For most people in TISA, TTIP and TPP affected nations, the results will be disastrous, as discussed in How the TPP is Going to Affect You. The aim of these treaties is to open up markets for multinational corporations to exploit new labor and consumer markets – with less governmental regulation than before. These treaties give the corporatocracy the power to force down wages. This article talks about the proposed TISA agreement:

“The “disciplines,” or treaty rules, would provide foreign services providers free access to domestic markets at “no less favorable” conditions than domestic suppliers and would restrict governments’ ability to regulate services. This would essentially change the regulation of many public and privatized or commercial services from serving the public interest to serving the profit interests of private, foreign corporations.”

You may not like tyrannical governments, but tyrannical corporations are even worse, because at least a government can be petitioned, replaced or overthrown; private corporations answer to no one except their shareholders. The point of government is protect the rights of its citizens, which includes regulating creatures like corporations who are created for the sole purpose of making as much money as possible above anything else. TISA, TTIP and TPP all gut the ability of national governments to enact laws to protect their land and citizens from marauding foreign multinationals. It’s corporate hegemony, pure and simple.

TISA, TTIP and TPP would disallow GMO and country-of-origin labeling, would essentially make Google, Facebook and any website owner a “copyright cop”, and would even require all signatory states to make their national laws conform (and be subordinate to) the ones in these treaties!

Much has already been written about the ISDS (Investor State Dispute Settlement), but for those who don’t know, the ISDS is a parallel legal system that only multinationals have access to. People, local companies and even national governments do not have access to it. The ISDS tribunal is staffed (of course) with corporate lawyers. ISDS even gives corporations the power to get legal damages in “expected profit”. The way it is written, a Vietnamese phone company, for example, could bring its company (with its workers paying its wages) into the US, could set up business there, and could sue if the local, state or national government tried to stop them.

Despite the secrecy surrounding TISA, TTIP and TPP, the public and nations states alike have gained enough knowledge of them to mount widespread opposition. Recently (and surprisingly) Vietnam refused to ratify the TPP, even though some considered it would benefit greatly from the clauses dealing with wage rates. Meanwhile, literally hundreds of thousands of people protested the TTIP in Germany. The French Government has opposed the deal (French Prime Minister Manuel Valls demanded a finish to the talks) and German Vice-Chancellor and Economy Minister Sigmar Gabriel revealed that TTIP negotiations had basically failed. He stated:

“In my opinion, the negotiations with the United States have de facto failed, even though nobody is really admitting it … Europeans must not give in to (the Americans’) demands.”

Those American demands he is referring to are things like Europeans accepting hormone-filled beef and chlorine-filled chicken. Europe’s food standards are much higher than those of the US, which has been more influenced and corrupted by Big Agra and Big Biotech (and their toxic array of pesticides and GMOs) more than the EU. In the US, around 70% of supermarket food is GMO and around 90% of beef is made using growth hormones, whereas the GMO rate in the EU is way lower, and hormone-fed beef is banned. 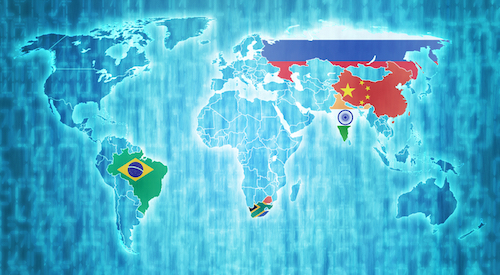 As much as TISA, TTIP and TTP embolden multinational corporations, the 3 T-Treaties also serve another agenda: the geopolitical plan for the US and allies to isolate the BRICS nations (Brazil, Russia, India, China and South Africa). To understand this, you need to realize that the so-called New World Order is very much an Anglo-American-Zionist dominated agenda. It’s all about the push towards global governance or world government, by centralizing power in every area of life: political, military, educational, financial and more. TISA, TTIP and TPP represent nothing less than economic warfare against BRICS.

TTIP forges ties with the EU and surrounding nations, but deliberately excludes Russia. TPP forges ties with Japan, other Pacific nations and some South American nations, but deliberately excludes China, India and Brazil. TISA forges ties with countries all over the world (sort of a combination of TTIP and TPP) but none of them are the 5 BRICS countries. The plan is obvious: isolate, ostracize and weaken any nation which dares to challenge US supremacy. This goes hand-in-hand with US military agenda (the Pivot to Asia) which aims to inflict the same kind of weakening in a military sense.
power grab 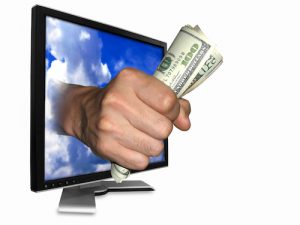 Conclusion: TISA, TTIP and TTP are a Colossal Power Grab

TISA, TTIP and TTP are an attempt to rewrite the playing rules for a massive amount of the world economy, bring financial pressure to bear down upon the perceived opponents and enemies of the US, consolidate more power for the corporatocracy, open up new markets for exploitation without regulation, and make the public even more powerless against Big Money. These 3 T-Treaties (and others like them such as CETA being negotiated between Canada and the EU) must be first brought out of secrecy and under scrutiny. They remove sovereignty and decision-making ability away from the local and regional level. It’s yet more centralization of power – the overriding theme of the New World Order agenda. That reason alone is hopefully sufficient for anyone unsure about these T-Treaties, and new to the sphere of conspiracy research, to regard them with a large dose of distrust.

Makia Freeman is the editor of alternative news / independent media site The Freedom Articles and senior researcher at ToolsForFreedom.com (FaceBook here), writing on many aspects of truth and freedom, from exposing aspects of the worldwide conspiracy to suggesting solutions for how humanity can create a new system of peace and abundance.