A talk given at a public forum by Shirley Winton, in Melbourne 22 July, 2016

The forces behind imperialist globalisation 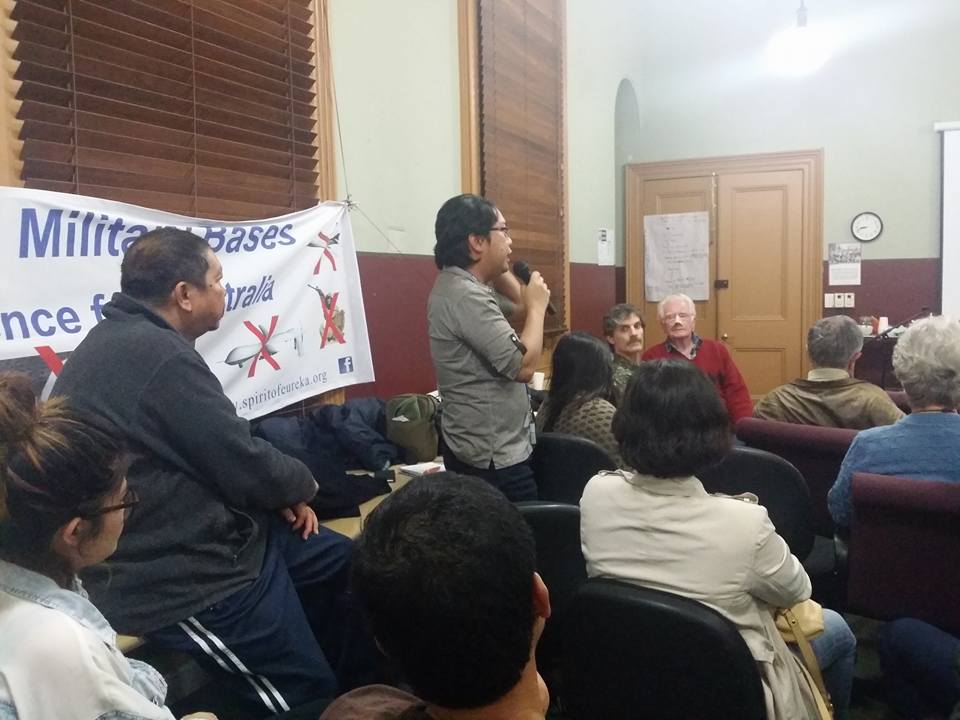 Imperialist globalisation is corporate monopolisation. It’s not a policy that’s been dreamed up or consciously invented by individuals, governments, think tanks or corporations to rescue capitalism out of the economic crisis that it’s in.  It’s the inevitable and natural process of development of monopoly capitalism into imperialism. Imperialist globalisation is a necessity for the survival of the economic system of capitalism.

To survive, capitalism and its global monopoly corporations are compelled to continuously expand and increase the speed of making profits.

They do this through fighting over and seizing new markets, natural resources, monopolising, crushing workers’ wages, destroying jobs, new technological inventions, and exploit the environment even more.  They grow bigger and fatter, stealing all the wealth created by the labour of millions of exploited workers, imposing austerity and hardship on the 99%.

Imperialist globalisation removes all obstacles standing in the way of it maximising the exploitation of workers and the environment around the world.

Unions and workers’ rights are attacked, wages crushed and jobs for millions of workers are destroyed.  Hard won protection of workers’ wages and conditions are swept aside. Restrictions on import of low cost labour are abolished.  This is happening in Australia and right across the world.  Even small restrictions on foreign capital investments that provide even weak restraints on multinationals and giant foreign banks from seizing all of countries’ sovereign wealth, are abolished.

And in times of acute economic crisis and sharpening competition for limited global resources and markets imperialist powers instigate tensions and wars of aggression for hegemony and domination of the world. Eg. East Europe, South China Sea, etc.

The imperialist wars are creating unprecedented numbers of millions of displaced people and refugees fleeing death and devastation.

Imperialist globalisation can’t be reformed, regulated and given a humane face, because its existence depends entirely on attacking the people and the environment. It is exploitative, vicious and violent and there are no other options available for the survival of monopoly capitalism.

The so-called free trade is one of the main vehicles used by imperialist powers – US and EU – to impose and enforce imperialist globalisation on countries and people around the world.

Military force is the other weapon of imperialist globalisation and the enmeshing of  industrial with the military.

TPP, TTIP, TISA, NAFTA, ChAFTA are designed to open up new markets, force down wages and remove all obstacles in sovereign countries standing in the way of intensified exploitation of workers and the environment by multinational corporations.  More public assets are handed over to corporations and banks for privatisation.

Workers’ from poor developing countries are shipped around the world from country to country, intensely exploited and used as cheap labour to maximise profits, replace local higher paid workers and force down local wages and conditions.

National sovereignty of many countries is overridden, with decisions about the direction and future of people’s lives and their countries decided and imposed by the IMF, International Banks, and US and European corporations and banks through their local servant governments.

European Union is an imperialist power that has intensified the exploitation and hardship for workers in Europe.

A tide of resistance and rebellion to imperialist globalisation is beginning to sweep Europe.  People have had enough of being burdened with big business imposed austerity, falling wages, unemployment, the high cost of housing, harder and harder to make ends meet, disappearing social welfare services, destruction of the environment.

The people of Greece refused to carry the heavy economic burden imposed by the European Union troika and took up a fight to get out of EU.  They organised many  independent grass roots community organisations, strongly resisting EU imperialist imposed austerity, demanding sovereignty and independence.  But sadly they were betrayed at the ballot box.  Greece is too important for EU and US imperialists to let go.

In France – workers, students and many others have been engaged in massive struggles – demonstrations, strikes, pickets, boycotts – for several months against the so-called socialist government implementing the imperialist agenda of austerity, cutting wages, attacking unions.

In England the majority Brexit vote sent shock waves into the hearts of European and US imperialists.  Again it was the working class who showed they’ve had enough of EU imperialist globalisation’s attacks on workers’ wages and livelihood, vanishing jobs and spreading poverty and homelessness.  They had enough of the so-called free trade that took away even the little control ordinary people had over their country and their lives.

In the US support for Trump, who opportunistically seized on the increasing hardship and insecurity of the working class, is also a rebellion against the imperialist globalisation and its free trade.

The ruling class and its capitalist media are demonising the people’s rejection of globalisation as racist and xenophobic.  They try to divert attention from the real causes for people’s difficulties and turn attention to scapegoatting immigration, refugees and people of different religions and colour.

Australia has not been immune from the effects of imperialist globalisation.  Free trade agreements that have virtually nothing to do with trade in commodities but everything with opening up the country to more unrestricted foreign capital investments, pushing down wages, crushing unions, wiping out industries and jobs and unrestricted export of profits out of the country.

The flood of 457 visa and other intensely exploited overseas workers. Just a handful and most recent examples of imperialist globalisation.

And as we sit here workers at the Carton and United Brewery in Abbotsford are also resisting imperialist globalisation. For past 6 weeks CUB workers, their union and community supporters have been protesting at the sacking of 55 workers by one of the largest multinational beer companies.

The 55 ETU and AMWU members were given the sack and told they could re-apply for the same jobs they’ve been doing for years, but on 65% of their previous wage and as non-permanent staff. The sackings happened at the same time as the parent company of CUB, SABMiller (South Africa), was being taken over by one of the world’s biggest multinational corporation ABInBev.

The merger will make ABInBev the biggest brewing monopoly in the world. Obviously the deal included cutting the wages of CUB workers in line with ABInBev conditions.

And these are only a few examples of imperialist globalisation taking place in Australia. There is growing anger with governments and major parties over the effects of globalisation – jobs, wages and conditions, protection for local industries and jobs, selling out Australia’s agricultural lands and natural resources, etc. and growing opposition to loss of national sovereignty.

A third of voters voted for minor parties and independents whose policies more closely addressed real concerns of ordinary people and as direct effects of globalisation. The results showed that more and more workers are hurting from the effects of imperialist globalisation.