A presentation given to Solidarity Breakfast on Radio 3CR, 9 July 2016 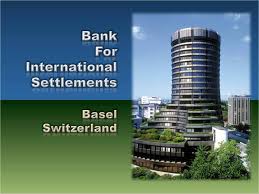 ‘A financial crash is much more likely than not during 2016. When it strikes, it will be far greater than in 2008. The entire global economy will seize up – as almost happened in October 2008.’

That’s how I began my February contribution to Solidarity Breakfast. Last month, I ended by pointing out that

‘In a couple of weeks from now, the Bank of International Settlements will issue its Report for 2016. If the Bank now says that everything is on the mend, I shall have to eat my proverbial.’

Well, the Report came out on June 26.

I don’t think I have to eat my hat. But I have to admit that I should eat the feather in its band. The Bank is not predicting that capitalism will be over by Christmas. Yet the Report is a long way from being optimistic. Its own 13-page summary is on the 3CR site. Listeners can judge for themselves.

Before we go there, we need to background the Bank of International Settlements. We can’t assume that everyone listening has heard about its previous forecasts.

The BIS was set up in 1930 as the central bank for the world’s most important central banks. Its job is to settle the trading accounts between countries. For instance, Australia has to pay every country from which we buy things and we have to get paid for what they buy from us. The BIS does the bookkeeping and posts a total debit or credit for each national economy.

Instead of everyone’s having to pay everyone in full, countries settle only their differences.

The BIS is not like the IMF or the World Bank. It doesn’t implement policies in its own right. Yet, it’s quite influential and has a major research arm. After all, who is likely to know more about the state of the global economy than its bookkeeper?

The Bank certainly knows a great deal more about what is going down that any of us. That’s why we can turn to it for the Big Picture. In June 2007, it warned that the global economy faced a 1930s-style crash. That was sixteen months before Lehman Brothers went down the tubes. At the time, I wrote up what the Bank had warned for Crikey. Its editor said he couldn’t publish my piece about the danger of a depression because it was ‘too depressing’.

The 2014 Report concluded that governments and corporates had done no more than to ‘postpone the day of reckoning’.

This morning, I want to outline the Bank’s latest warning. It fears that the policies that have postponed the day of reckoning are making the costs of that final reckoning several times worse. In its words:

‘We badly need policies that we will not once again regret when the future becomes today.’

That’s why the title of this year’s Report is WHEN THE FUTURE BECOMES TODAY.

The Report begins by reassuring us that ‘the global economy is not doing as badly as the rhetoric sometimes suggests.’

Unemployment has fallen but ‘growth continues to disappoint.’

Then, the third sentence changes tack: ‘Less comforting is the longer-term context …’ According to the Bank’s Report, ‘Two factors stand out’ in that longer-term context. They are ‘debt and the cumulative impact of past decisions.’ (emphasis in the original)

The rest of the Report details why that longer-term context is built on a ‘risky trinity’. The three risks are:

At the root of these dangers is ‘the inability to get to grips with hugely damaging financial booms and busts and the debt-fuelled growth model that this has spawned.’ What do those three risks ‘tell us about the future’?

The Bank spotlights three areas calling out for radical redirection. They are the prudential, the fiscal and the monetary. Let’s take them one by one.

1. The prudential is about rules that regulate how banks behave. In short, do the banks have enough reserves to weather another perfect storm? The BIS is optimistic about how the regulatory regime is being tightened. As socialists, we have a different set of standards and criteria. We reject self-regulation. The post-2008 changes known as Basel I, II and the prospective III cannot go far enough.  The big banks have gone back to their pre-crash scams. Nowhere is that more obvious than in China. Two months back, the Economist (May 7) carried a 16-page Special Report on the Chinese financial system, headlined: ‘It is a question of when, not if, real trouble will hit China’

Even the BIS admits that the prudential is the least significant of the three essential changes for the health of capitalism. To put the problem metaphorically: no system of dykes can hold back a tsunami. To quote the Report: ‘It is as if two waves with different frequencies merged to form a more powerful one.’ And later, it says: ‘One can run, but one cannot hide.’

We therefore need to take on board the two problems that the BIS points  to as getting worse. Those twin realms are the fiscal and the monetary.

The Bank has darkened its prognosis since the Report of two years ago.

In 2014, the BIS pointed out that governments and corporations had done no more than to postpone the day of reckoning.

Printing money and running deficits had softened the social and political impacts of the crash:

‘when tomorrow becomes today, one may discover that short-term gains have brought long-term pain and worsened policy trade-offs.’

the impact of any strains on the rest of the world would be bigger than in the past, through both financial and trade channels.’

But the problems from too much debt whether by governments, by corporations and by households have never been confronted. Indeed, many are getting worse. Let me quote from page 2: ‘Debt has been acting as a political and social substitute for income growth for far too long.’ Last year, the Report sounded even more exasperated: ‘the unthinkable has become the new normal’.

At the core of the current Report is a deep-seated desperation. The shift is in the headline to this year’s Report: ‘When the future becomes today’. Now, that short sentence could be the title for another disaster action blockbuster. Indeed, the Report’s authors invite us to see the world as a motion picture.

Its title, however, masks a dire warning. Later, in the body of the text we encounter the following sentiments: ‘unsustainable financial booms’; ‘the risk has a long fuse …’; a ‘snapback risk’.

Then we come to the knock-out blow: ‘… one should not underestimate the risk of a doom loop.’ The Report defines as ‘doom loop’: ‘That is where weaknesses in government budgets and corporate balance sheets feed into each other.’ So concerned is the BIS about this ‘doom loop’ that its current Report devotes an entire chapter to it.

Fiscal refers to government budgets. Keynesians claim that if governments spend more than they take in, then the economy will pick up. But that trick no longer works. China splurged nearly a trillion dollars on an infrastructure between 2009 and 2012. And they had to splurge again from 2015 to steady the ship.

None of the central bankers knows what to do. So governments are, and I quote again: ‘pressing on the accelerator and the brake at the same time.’

Running small deficits is no big problem. What counts is the ratio of government debt to Gross Domestic Product. Japan is at nearly 300 percent. Japan is the prime example of a ‘doom loop’. As the ex-Governor of the Bank of England pointed out: the Bank of Japan is printing Yen to buy government debt. Surely that’s a thimble-and-pea trick?

Monetary policy refers to the availability of credit which is decided by interest rates. Ours are set by the Reserve Bank, We are at historic lows of around 2 percent. For the BIS: ‘The key sign of these discomforting conditions is the persistence of exceptionally low interest rates.’ Negative rates are in force in important parts of the over-developed world. But they are not stimulating growth. Rather, they are compounding the risks by encouraging speculative borrowings.

To conclude here is the Bank’s own closing note of warning: ‘We need policies that we will not once again regret when the future becomes today.’ When will that future be? The Bank does not give capitalism a use-by-date. But it does recognise that ‘Events often unfold in slow motion for a long time and then suddenly accelerate.’

A day of reckoning with redoubled force will not mean an end to capitalism. The boss class retains its monopoly of violence. The coming economic smash will open the way to smashing the capitalist state. That is political, not financial. It is a struggle for class power, not stricter prudential controls.