This article was a leaflet produced by Spirit of Eureka – NSW

Leighton Holdings paid no tax in 2013-14 on over $5 billion income. But Leighton has very dirty secrets besides tax dodging. 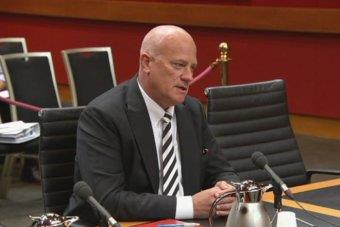 When he warned the construction giant’s board of bribery, corruption and fake agreements moving millions to foreign subcontractors, they didn’t want to know, and he was ‘pushed out’.

Leighton changed its name to Cimic Group in 2015, discarding a name about to be linked to tax evasion and corruption. Leighton/Cimic is one of the Business Council’s biggest members, with operations in 20 countries.

Last year the government said letting the public know about corporations with more than $100 million income would “lead to kidnappings”, and tried to make laws to stop us knowing.

Mr Turnbull, like Mr Abbott, is desperate to bring back the Australian Building and Construction Commission to hammer building workers. It cost $164.5 million in its last

Murder suspects to have more rights than building workers

When Australian cricketer Phillip Hughes tragically died, the game stopped to mourn his loss. Yet it’s illegal for Australian building workers to do the same for lost workmates.

Every six minutes a worker suffers a serious injury or dies in workplaces covered by the CFMEU construction union. Union organisers must already give 24 hours’ notice to enter a site over safety.

But the Australian Building and Construction Commission (ABCC), that the Government wants to reinstate, even pursued workers who stopped for 20 minutes to acknowledge and support the family of their workmate who died on site.

Ark Tribe, a South Australian building worker, faced gaol for refusing to attend the Commission about a lunchtime safety meeting. Fair Work Australia found the company guilty of gross safety breaches, but months later Ark faced 6 months’ gaol because he refused to attend a secret ABCC interrogation where he had fewer rights than a mass murder suspect.

Ark would have had no right to choose a lawyer and would have been forced to answer questions about who said what at the safety meeting. It would have been illegal to tell his family he’d been to the ABCC.

Get the truth out. Governments should chase corporate criminals, not workers fighting for safety.