The Premier argued the repeal was required to allow consultations with the South Australian community over the Nuclear Royal Commission’s findings. However this measure is a cynical attempt to carry out a pro-nuclear waste dump public relations campaign, funded of course by taxpayers.

As the SA Greens leader Mark Parnell points out: “The Act only prohibits the use of public money to “encourage or finance any activity associated with the construction or operation of a nuclear waste storage facility in this State”.  It doesn’t preclude genuine public consultation that asks South Australians whether or not they believe SA should host a high-level nuclear waste dump.  Genuine consultation with the South Australian community is allowed, even if it uses Government resources.  What isn’t allowed is a biased or one-sided PR campaign that “encourages” the construction or operation of a nuclear waste dump.”

The Weatherill Government will legally be able to spend millions of taxpayers’ dollars to promote SA as the Nuclear Waste State, if this legislation is repealed.   It will have the right to perform detailed planning and design work for a nuclear waste dump, the only requirement being that Parliament giving a final rubber-stamp of approval.

Indigenous people’s have bitter experiences of South Australia’s appalling record on the nuclear fuel cycle issue. From the numerous British Nuclear Tests at Maralinga in the 1950s, exploding bombs many times the size of Hiroshima, the site still has hazardous levels of radiation.

Arabunna elder and Australian Nuclear Free Alliance president Kevin Buzzacott reaction to the Nuclear Royal Commission’s findings  was defiant: “Is this what we want to leave our children, the burden of dealing with radioactive waste that no other country wants or can deal with?”

Karina Lester, a Yankunytjatjara woman believed her people, who were victims of the Maralinga atomic bomb tests, to refuse a nuclear waste dump on their land or other Aboriginal lands. 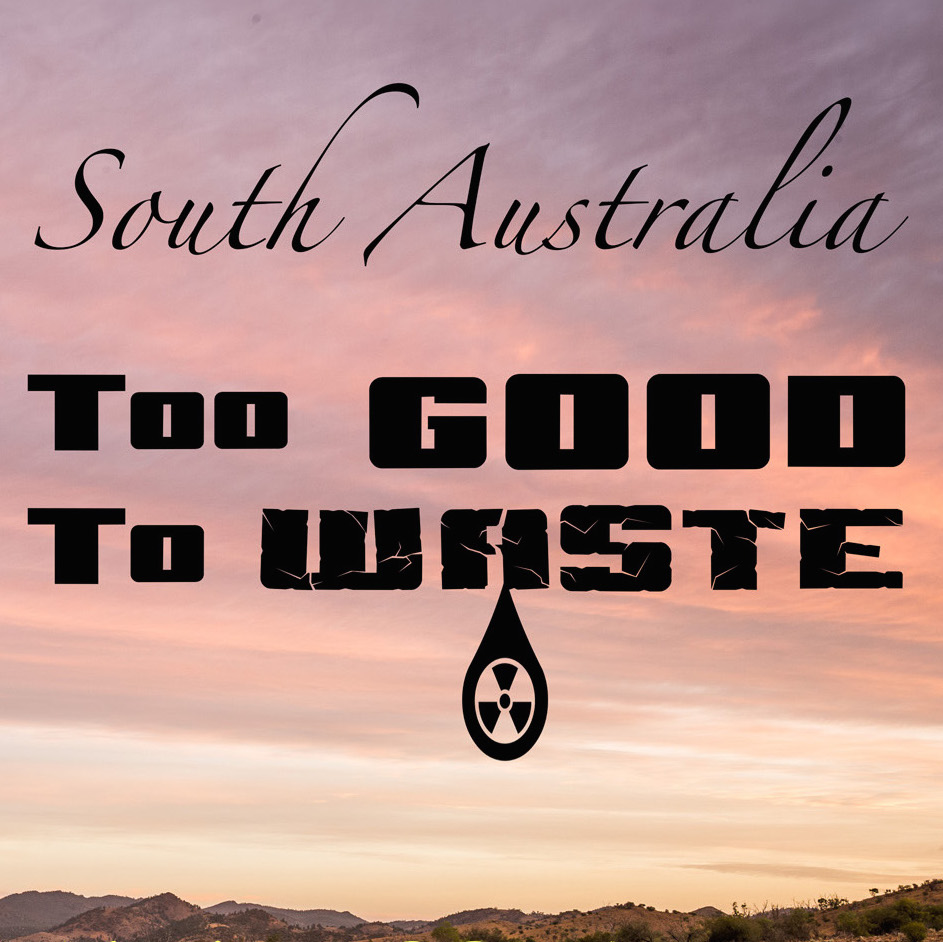 The uranium extraction mines of Roxby Downs, Beverley and Honeymoon have been exporting their deadly products to dinosaurs nuclear power plants around the world. The nuclear disasters of Fukashima, Three Mile Island (Harrisburg) and Chernobyl  should be warning enough of the death, destruction and thousands of years long contamination that these power plants can cause. There is also no guarantee that Australian uranium won’t find it’s way into the production of nuclear weapons.