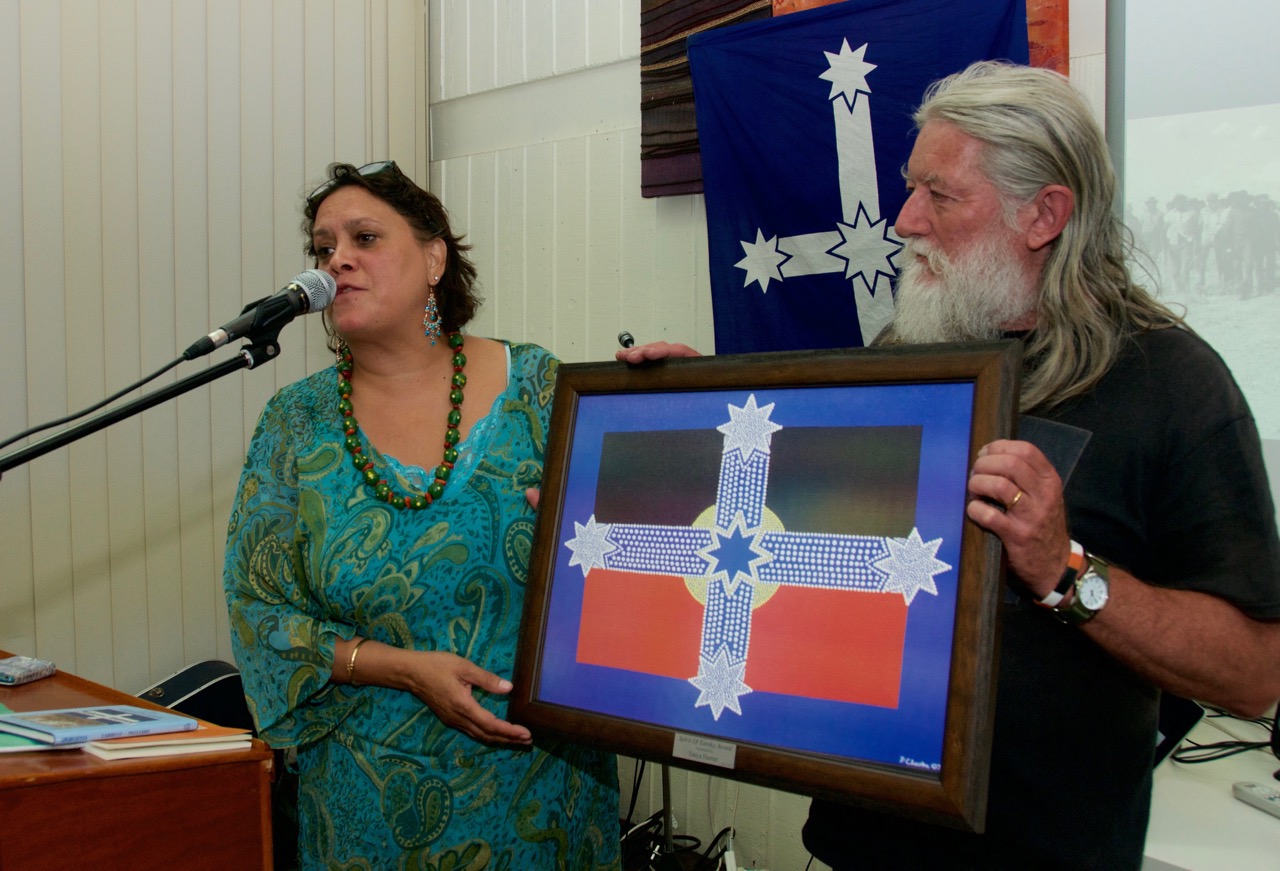 The South Australian 2015 Spirit of Eureka Award went to Tanya Hunter. Below is and Abridged version of the tribute given by Mike Williss.

Tanya Hunter is an embodiment of the spirit of Eureka. She is a strong woman who fearlessly confronts injustice.

When Federal government policies induced the WA Premier to announce the closure of so-called remote Aboriginal communities in that state, Tanya swiftly set about organising marches in support of the affected communities. She overcame several obstacles along the way and created a strong network of support for the Aboriginal communities of her home state, WA.

Tanya has also been a participant in the campaign against compulsory income management. She has been an activist in the Anti-Poverty Network. She has become well-known in South Australia as a fighter for people’s rights. In recent times, this has also extended to support for our Kiwi brothers and sisters imprisoned on Christmas Island.

Tanya supports the self-determination of Aboriginal and Torres Strait Islander peoples. She rejects the farce of Constitutional “Recognition” and urges support for the sovereignty of Australian First Nations peoples.

She is a worthy recipient of the annual Spirit of Eureka Award in 2015. 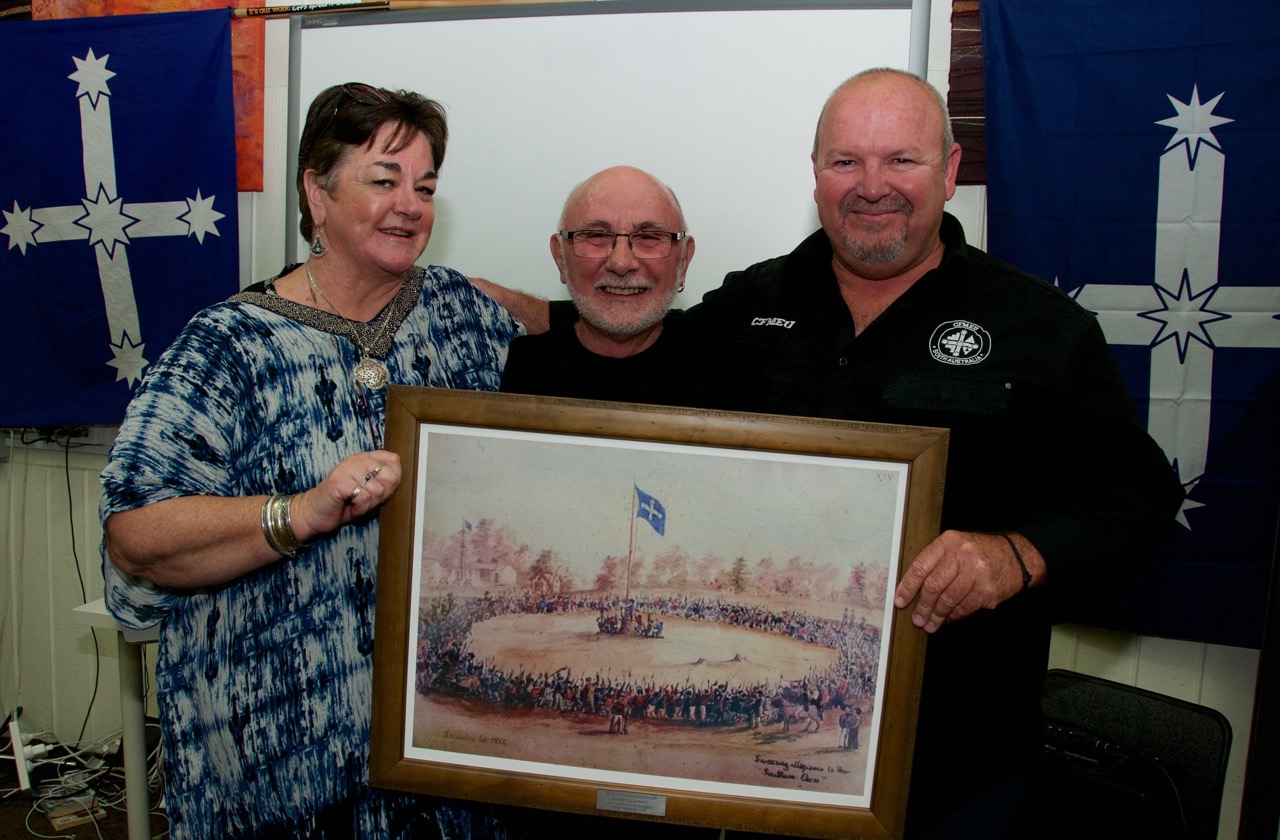 Jimmy O’Connor, South Australian CFMEU union organiser, was presented with the “Eureka Oath” painting in recognition of his contribution to the struggles of the Working Class.

In serving the interests of the members of his union, Jimmy O’Connor has had to stand tall in the face of legislation designed to crush construction unions.

Industrial legislation generally has stripped workers of most of the bargaining strength they once enjoyed, but the special laws relating to the construction industry are something else again.

Jimmy was barred by the Federal Court on March 25, 2014 from entering the New Royal Adelaide Hospital (NRAH) site unless he was “lawfully exercising his rights” which severely restricted his access and the business he was entitled to discuss with members.  This order originated in action he took to defend members at another site.

In the meantime, a builder from interstate who was working on the NRAH site was found to have employed a whole lot of s457 workers despite having given the CFMEU an earlier assurance that he would employ appropriately skilled locals.

On 13 May 2014 Jimmy exercised his rights to enter the NRAH site to hold discussions with CFMEU members, in the course of which he confronted the rogue subcontractor about the broken promise to employ local workers.  He demanded that an unemployed member, Jason Clarke, who had the required skill set, be employed as per the previous undertaking.

The FWBC alleged that this constituted an “unlawful demand” and launched proceedings against him in the Federal Court. Jimmy, who every decent worker will laud to the skies for doing his job and representing his members, was found guilty.

If this is justice, then it is the class “justice” of the building bosses whose control of the institutions of the state permit them to persecute and prosecute union leaders who are merely doing ordinary everyday union work.