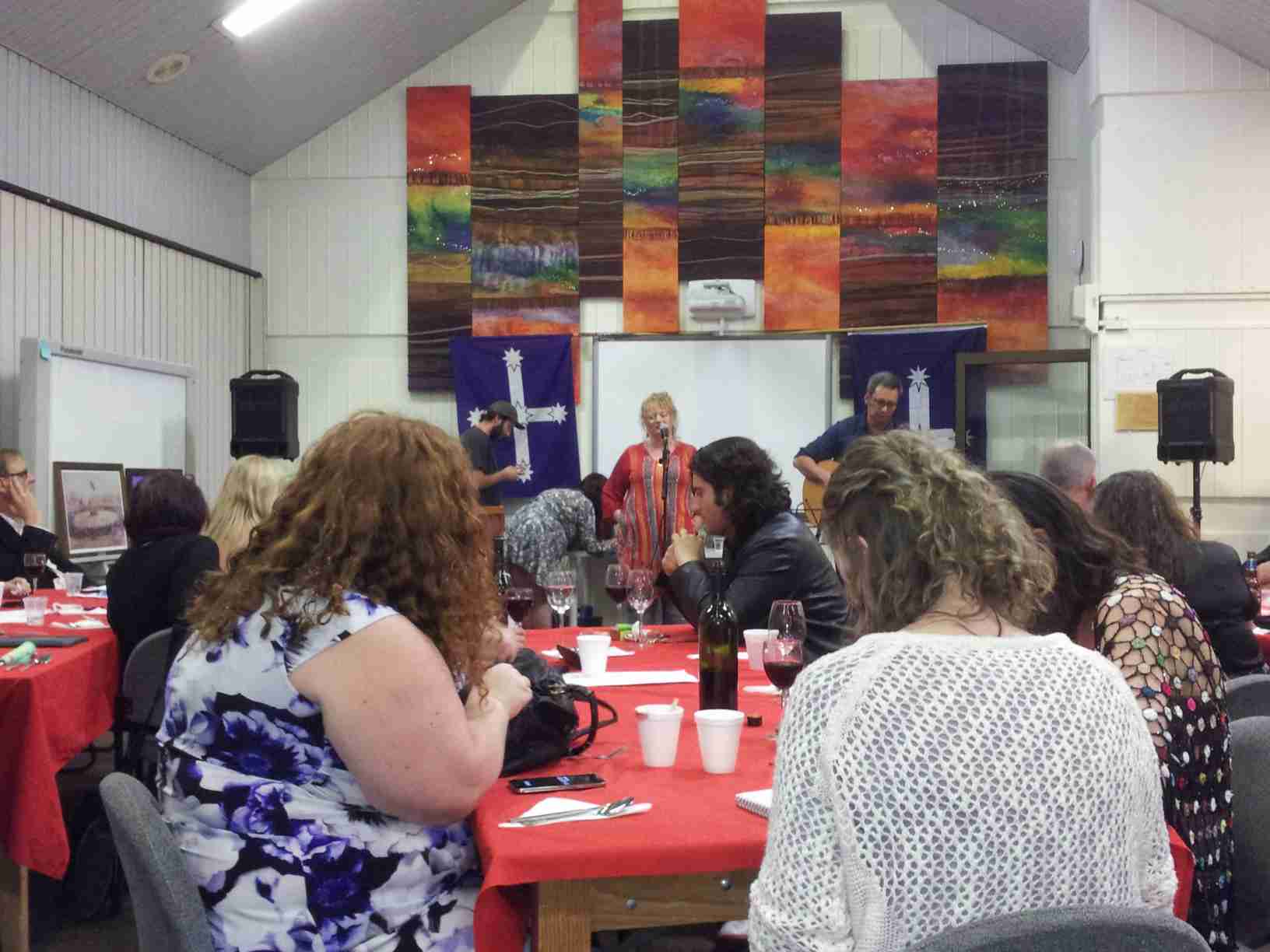 This an abridged and modified version of the speech Kim gave at the Adelaide Eureka Dinner, 28 November.

I did not come from a political family. Quite the opposite my father worked for the Murdoch media monopoly, which was something I understood from a young age.

My circumstances and the social context I grew up in shaped my radicalisation.

I grew up with Aboriginal kids who had been stolen from their families this shaped my thinking about the world forever after. We were lied to about this history and I went on that journey with friends to find their real families. It taught me to distrust what governments and institutions tell you about history and society. It was very instructive for me. It also meant I felt close to Aboriginal people all my adult life and this has been a joy-mostly apart from a small incident one Australia Day!

The People’s Voice newspaper was published in Adelaide during the 70’s and it was turned out monthly through a collective of dedicated activists from the Worker-Student Alliance of which I was a member from 1974-79 when I left Adelaide. It holds up well after 40 years as a great example of citizen  journalism in it’s day breaking amazing stories about the 75 coup, US Bases, West Papua and Timor and apartheid in South Africa! We broke a number of stories that did not appear in the mainstream press of the day! We were quite prophetic for a group of amateurs.

Mentoring is so important – leave a legacy

Many activists in this room tonight who went on the same journey as me. We have kept in touch and are still active. I spend my time with veteran communists who won’t be with us in 10 years time as they still have lots to share! I was mentored by older activists all my life and I also try to spend time with young people who teach me many skills and who want to debate the critical issues in the world. Mentoring is so important to spreading strong social values and increasing activism in the young people. Most of my professional career has been in the community sector as a youth worker and youth services manager. I am back working in that sector now and a proud member of the ASU. I was active in the building of awards and bargaining in that sector since the 1980’s. I was particularly active in the equal pay campaign and helped birth the first portable long service leave scheme in the ACT community sector which has been in operation now for 4 years. 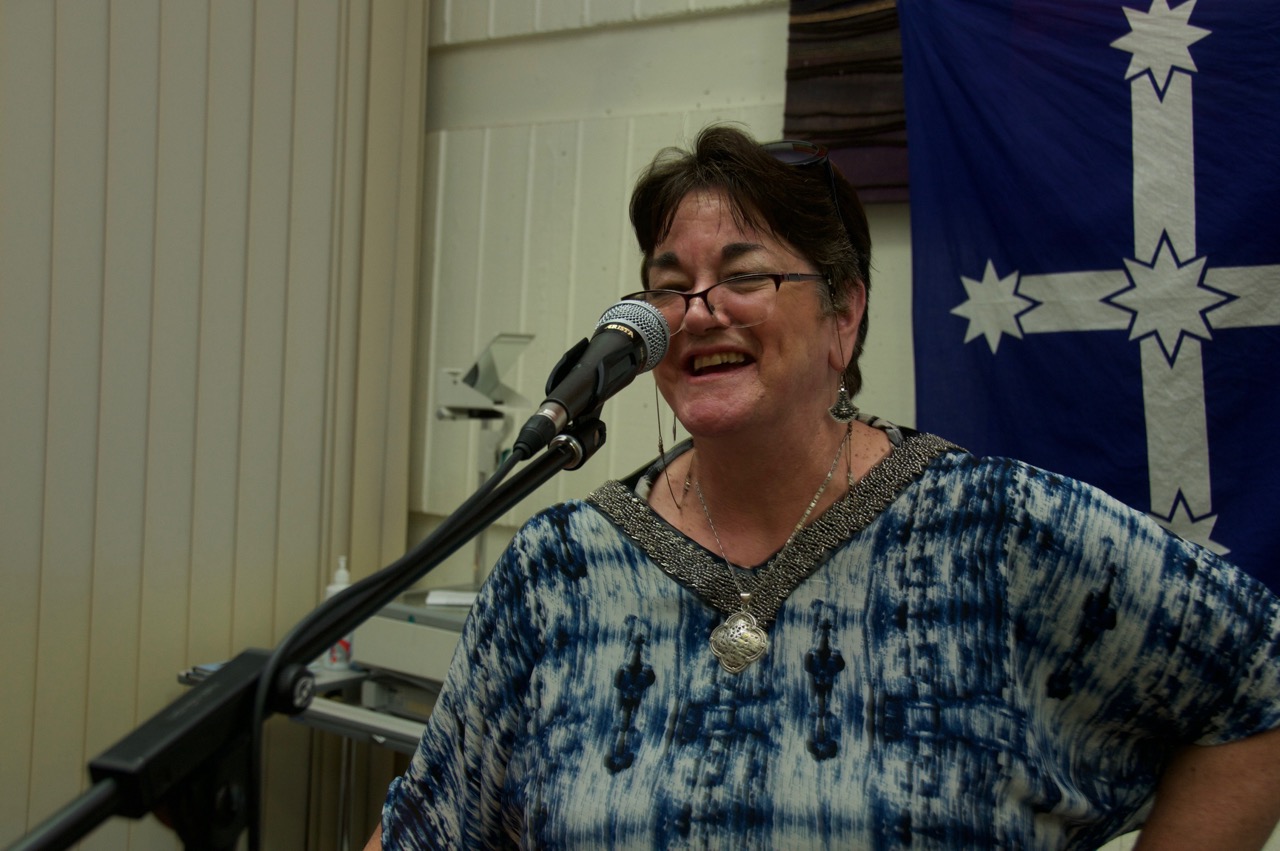 A lifetime of activism is a life well lived. It has taken me all over the world from Palestine to El Salvador to Vietnam. I have a marvellous network of contacts and comrades in dozens of countries who I talk with regularly thanks to Skype and Facebook! I am a but of a media queen ! I manage a number of Facebook pages and help administer many others such as Enough Room for Refugees, Feminist Unionists and Step Up 4 Wollongong. Most recently was involved in the steel campaign which saved the last blast furnace in Australia in Port Kembla and saved 4,500 jobs’

Beware of the fakes and careerists they litter the path of politics. They think politics is about them and personalities. Real politics is about the common good and being part of the collective! To be active and useful you don’t have to hold an elected position. You don’t have to be at the front of the media scrum. I have done both and I can tell you one is not more important than the other. Being a strategist, thinker, lobbyist and de-briefer is just as valuable to the eventual campaign or win!

Recently I ran an election campaign for an independent candidate , Arthur Rorris in the NSW Election against an sitting ALP MP -I got expelled along with 4 others-then it was reduced to a suspension which recently finished. The rest of the group expelled were union officials and one ex official! The candidate was a current union official?? You would think the media would gave been fascinated by that story! We got 25% of the vote after a 6 week campaign! I will not renew my membership of the ALP until they abandon their cruel and contradictory refugee policies! I have been a member since the early 1980’s and I can tell you that fighting from within that party for progressive policies is a losing battle. Especially in NSW where the party is the most corrupt and riddled with careerists and crooks.

It is important to be principled and dare I say not sectarian in your life you don’t know who your friends will be later in life.

I am a great believer in working in united fronts on issues rather than sticking in narrow party or factional politics. If you want real social change to occur you must influence and work with ordinary Australians to bring it about  . That means you may need to be flexible, prepared to listen and not assume you know it all. Grass roots organising is highly successful in Australia in bringing about change i.e. anti-conscription, anti nuclear, anti imperialism, refugees, TPP and CHAFTA , Palestine. In the last 5 years I have had the privilege to work on the Palestine issue with an amazing group of Australian activists including a bishop , ex diplomats, unionists, journalists, business people, etc

I am a person with Jewish heritage on my mother’s side of my family-the Levi’s who were English Jews who migrated to Australia between the wars. I have never supported Zionism and in fact have actively campaigned against it together with a wonderful group of progressive Jews here and overseas.

I have had an interesting and challenging journey that I thoroughly recommend to any young people who want to make a difference and feel empowered in their life. You will never be bored, that’s for sure if you keep the Spirit of Eureka alive in your life!