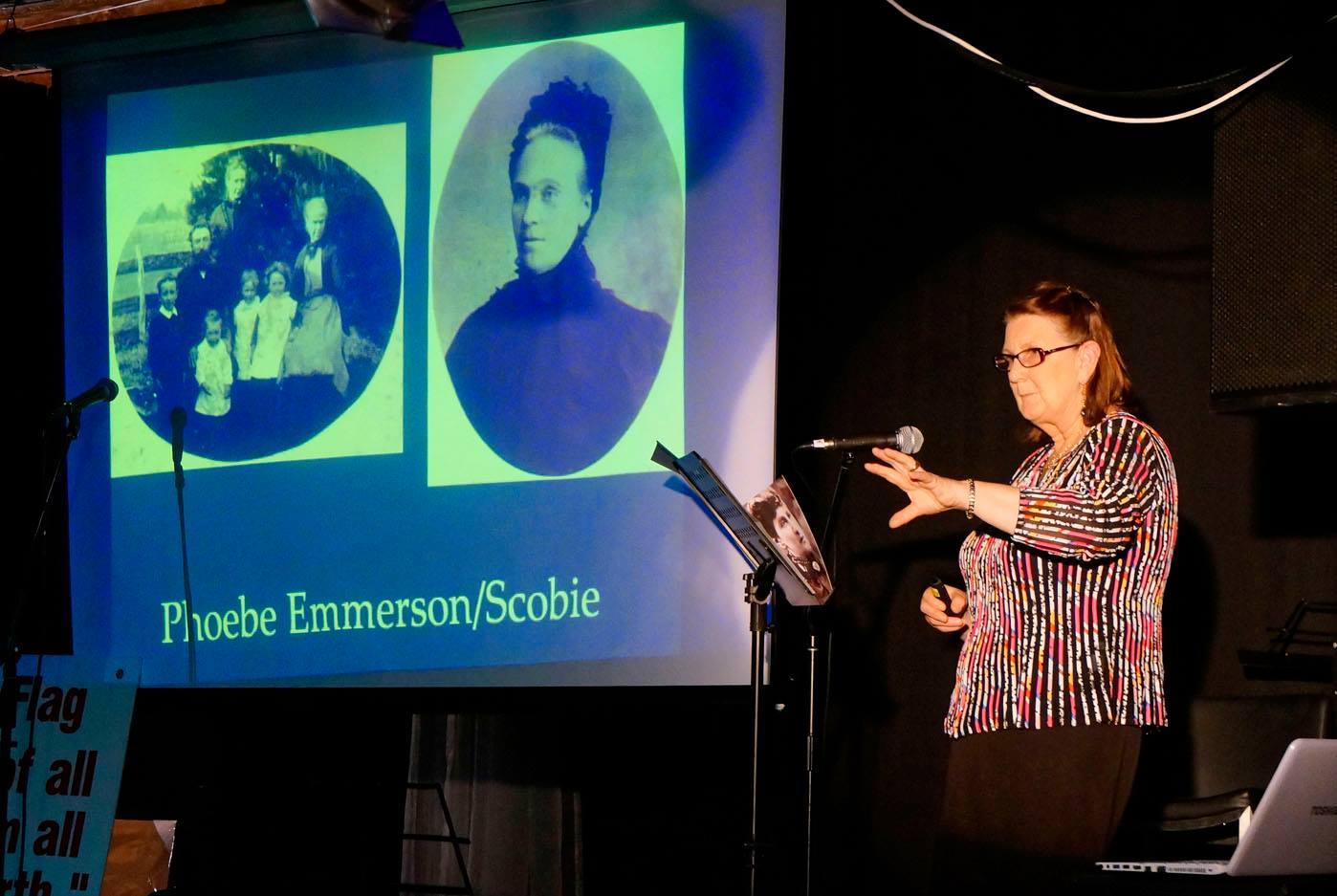 The tribute below was presented at the Melbourne Eureka Dinner (4/12/2014) to acknowledge the 160 anniversary of the Eureka rebellion.

On 3 December we commemorate and pay tribute to one of the most significant and inspiring events in the history of Australia’s working people. The vision for justice, democratic rights and sovereignty that the courageous men and women of Eureka Stockade rebellion had fought for in 1854 are as relevant today as ever.

It has been said that the French people have their French revolution and the Paris commune, the people of US have their Revolution of Independence, and the working people here in Australia have our Eureka Stockade rebellion. By other countries’ standards the 1854 Eureka uprising may have been small numerically, but it was equally powerful in its fight against oppression and for its vision of a just, democratic and independent Australia. Experience and history show that it’s the people’s mass movements and uprisings that propel the really progressive changes in society.

Eureka inspired, united and shaped the real identity of ordinary people in Australia. Not the selfish, self-serving, racist image pushed by the Murdoch media and other vested interests.

And like the continuing struggles of the Aboriginal people for more than 220 years, the struggle started at Eureka in 1854, 160 years ago continues today. The title of Peter Fitzsimmons recent book “Eureka – the Unfinished Revolution” sums it up well.

Hundreds of gold miners near Ballarat in Victoria rebelled against the brutal and oppressive British colonial authority, they rebelled against government licence fees imposed on the impoverished miners eking out an existence, whilst the rich squatters and landed British aristocracy paid no taxes. They rebelled against the extreme poverty, whilst the landed gentry from the British ruling class raked in the wealth from the stolen Aboriginal lands. They rebelled against the constant and violent police harassment and raids. In a courageous and collective act of defiance and rebellion against the oppressive government the rebels burned their licences, raised the Eureka flag and swore the oath of allegiance to each other and the flag. They built the stockade to defend themselves and their flag and called for independence from Britain.

The Stockade may have been brutally crushed by the combined force of colonial police and army, but the spirit and the legacy of their collective defiance against injustice and standing up for what is right has not been trampled and lives today in many struggles of the people.
The aftermath of the rebellion was as equally significant as the Stockade. The overwhelming public support for the rebels’ demands and outrage at the army attack on the Stockade and brutal treatment of the rebels, ensured that the British colonial authorities were unable to convict any of the rebels put on trial for treason. Every jury refused to convict any of them. Public protests and demonstrations drew over 10,000 people every day during the trials in Melbourne.

It was the power of mobilised grass roots mass movement that forced the British colonial authorities to drop all charges, including treason, against the rebels, and concede to some of their demands.

Eureka laid the foundations for Australia’s dynamic and militant union movement. The first battle for the 8-hour day was started in 1856 in Ballarat, and amongst the leaders were the Eureka rebels.

For too long the women of Eureka had been written out of the official history. Women at Eureka were equal participants in the uprising in their own right. We are indebted to historians Dr Dorothy Wickham and Dr Clare Wright for putting the women of Eureka front and centre of the Eureka Stockade and giving them the recognition they deserve.

The fighting spirit of Eureka rebellion and a call for unity and solidarity of working people, is embodied in that powerful oath of allegiance: “We swear by the Southern Cross to stand truly by each other and fight to defend our rights and liberties.”

Eureka Stockade was the birth of Australia’s multiculturalism where more than 21 nationalities, an Afro-American, a black Jamaican, Christians and Jews (and most likely Moslems and Buddhists) united under the Eureka flag, articulated by Raffael Carbonni’s (one of the rebel’s leaders) passionate proclamation at the monster meeting in the lead up to the 3rd December, “I call on my fellow diggers, irrespective of nationality, religion or colour, to salute the “Southern Cross” as the refuge of all oppressed from all countries on earth.” This powerful vision and hope for Australia continues to resonate today.

Eureka is proudly upheld as working people’s own story, our history, our vision and our fighting spirit for justice and rights for all ordinary people.

For 160 years the Eureka flag has flown above many struggles of ordinary people and is clearly identified with struggles of ordinary people – workers, unions and communities. It is a powerful symbol of the determination to stand up for justice, rights and liberties. It’s a flag of defiance, and resonates in the present day Australia “where injustice is the law, defiance becomes our duty”. Eureka flag is unashamedly the working people’s flag of struggle.

From the 1856 battles for the 8-hour working day; the long shearers strike in 1891 in Barcaldine Qld, in the formation of many unions in the 19th and early 20th centuries; during the massive anti-war and anti-conscription struggles of WW1, the 1930s depression, the famous Pig Iron Bob dispute by Port Kembla wharfies; throughout the 1940s, 1950s and 1960s workers, unions, civil liberties and democratic rights groups flew the Eureka flag in their struggles and campaigns. The flag was flown during the anti-Vietnam war campaign in the late 1960s and early 1970s; in the long marches to Pine Gap and other US secretive military intelligence bases. And it was flown widely during huge public protests against the coup of the Whitlam government.

It was prominent during the 1998 MUA battles where the entire union movement and communities united and rallied under the flag behind the maritime workers, and it was there during the broad nation-wide campaigns against WorkChoices.

The flag is flown at many union and workers struggles today; migrant workers have rallied under the Eureka flag – eg. at the famous Baiada chicken processing long strike and picket in Melbourne and Adelaide for decent wage, conditions and the right to belong to a union, where 90% of workers are migrants and refugees from Africa, Asia, Middle East, proudly flew the flag over their picket line for weeks. Some of these workers have also embraced the flag as theirs and have it hanging in their homes.

The Eureka flag frequently appears at many community rallies and struggles in cities and rural communities across Australia. Most recently at the long running Tecoma community’s battle with MacDonalds, the SPC farmers and workers’ rallies in Shepparton, the farmers’ meetings in Mildura, in cities and rural communities in NSW, Qld, South Australia, across the nation where Coal Seam Gas battles are raging; in many environment struggles. Eureka flag stands for Australia’s independence, sovereignty and a republic. Australian people making decisions on what sort of society we need and in whose interests. Not a pawn and a quarry of multinational corporations, subservient to foreign powers’ economic and military interests.

The legacy of Eureka rebels

Spirit of Eureka Committee was formed in early 2004, in the lead up to the 150th anniversary of the Eureka Stockade. We aim to promote Eureka’s inspiring and enduring legacy of ordinary people’s struggles for justice and its continuing relevance to our fight today. Eureka Stockade and its flag are powerful inspirations for unity and the fighting tradition of working people for justice, and a truly democratic and independent Australia.
Problems that compelled the miners and wide sections of the population to rebel at Eureka in 1854, are still with us today and the fight started at Eureka continues. And this is the courageous rebels’ legacy to us and our tribute to them.