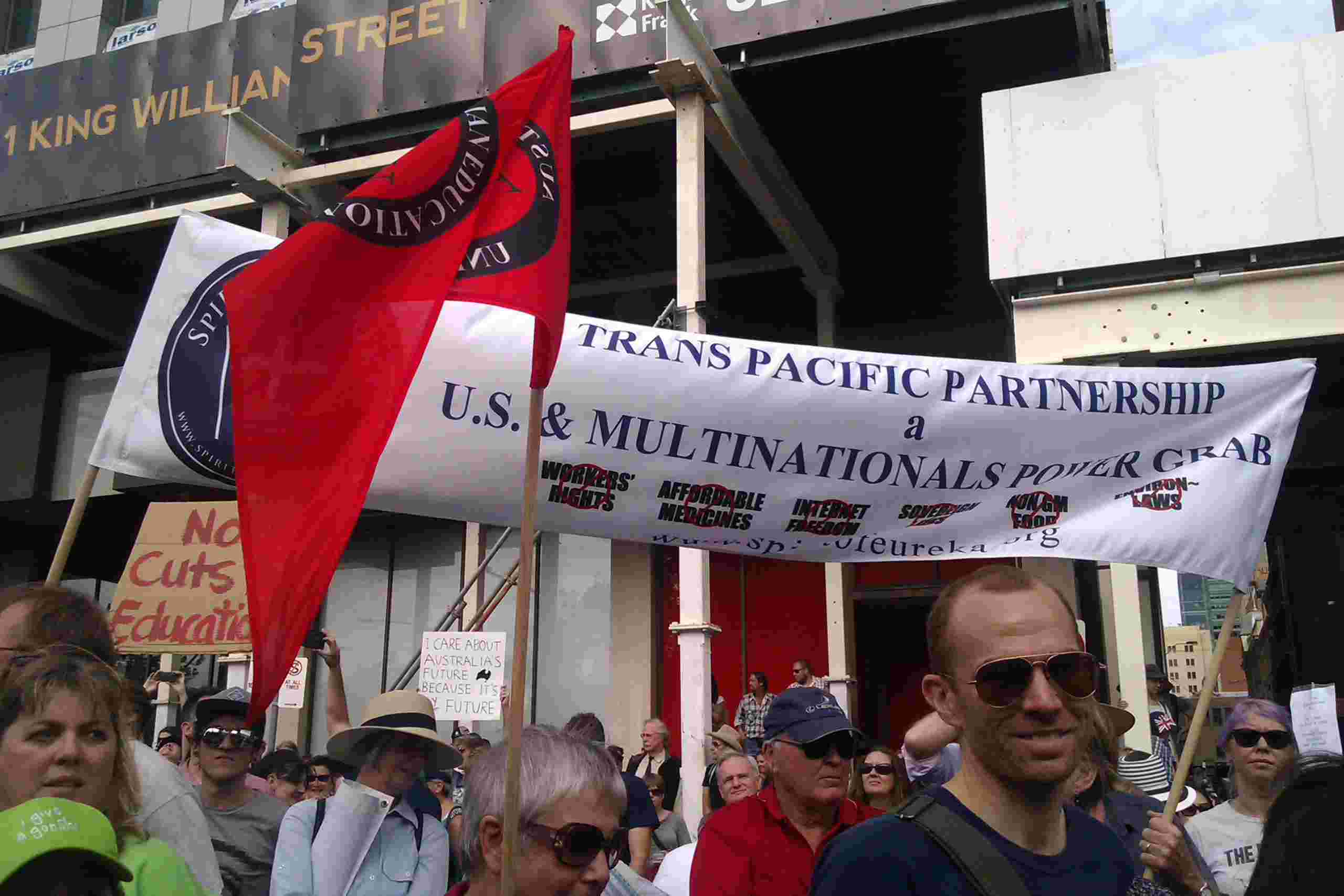 The loudest  and most persistent calls have come from big business, when they talk about free markets. Get out of the way of our profit-making, they shout, and everyone will benefit. Wealth and jobs will trickle down, so lower our taxes, curb unions, wages and conditions, restrict welfare for the poor, ill, unemployed and aborigines and increase subsidies and incentives for business and the wealthy. Sell off or corporatise government businesses, cut unnecessary green and red-tape and we’ll all be rich  ……..eventually!

This is neo-liberalism, the economic doctrine that has dominated in this country and most of the world for 30-35 years or so. But anyone who tells you the current government economic strategy is about ideology is either misleading you or being mislead. This is the agenda of the corporate sector – blatant self-interest and greed disguised (not very well) as concern for the public benefit. It’s been talked about often enough – by Gina “$600 a second” Reinhart, by Twiggy Forrest, by big business lobby-groups like the Business Council of Australia and the Australian Chamber of Commerce and Industry, and by their paid think-tank lap-dogs like the Institute of Public Affairs.

Governments Labor and Coalition have implemented parts of this agenda, in their different ways – the Coalition can generally be more ruthless (as now), the ALP can generally fool more people. Both are lobbied relentlessly and usually successfully by big business for this purpose.

Now this agenda comes originally from the US and Britain, and it’s at the international level that it can be seen most starkly and ambitiously. The Trans-Pacific Partnership (TPP) is a key part of that agenda. It’s a multilateral free trade pact between 12 Pacific nations, but it has elements of the most ambitious corporate wish-list ever advanced. It would affect internet rights, pharmaceutical costs, workers rights, the environment, healthy food, Australian culture and our very sovereignty as a nation. The negotiation began under Howard, continued under Rudd and Gillard and now Abbott. The ALP has expressed reservations about parts of it, but advanced the process as a whole.

Wikileaks published a draft chapter of the TPP on intellectual property rights (note: our rights are not covered by this). “If instituted,” Assange continues, “the TPP’s intellectual property regime would trample over individual rights and free expression, as well as ride roughshod over the intellectual and creative commons. If you read, write, publish, think, listen, dance, sing or invent; if you farm or consume food; if you’re ill now or might one day be ill, the TPP has you in its crosshairs.”

Even the self-interested Australian Medical Association (AMA) has called for Australia to reject provisions in the TPP that could undermine the Pharmaceutical Benefits Scheme and compromise the ability of governments to improve public health.  US negotiators are proposing rules which would restrict governments’ ability to make medicines affordable though schemes like Australia’s Pharmaceutical Benefits Scheme (PBS).

It involves a race to the bottom on the environment. For instance under the similar North American Free trade Agreement, oil giant Chevron sued the government of Ecuador after the company was asked to clean up pollution – it ‘harmed their investment‘.
It mandates changes to Australian government purchasing policies which allow for some local employment, and which require all government contractors to implement workers’ rights in the Fair Work Act and in specific industry agreements, for vulnerable workers in the cleaning and clothing trades. This would end under the TPP.

The TPP would allow corporations to sue any Australian governments for $billions — just for passing laws to protect our health or the environment. The cases are heard by tribunals of investment arbitrators which give more consideration to whether the investment was harmed, rather than whether the law or policy was in the public interest. So would local councils or even state governments take the risk of a court case against a transnational, richly lawyered-up? They’d fold.

Put simply, Investor State Dispute Settlement mechanisms (ISDS) allow foreign investors to sue governments if their investments are ‘harmed’ by a national, state or local policy or law. We know from ISDS clauses in other so-called Free Trade Agreements this mechanism could;

This is not an agenda for transnational corporations to be richer and more powerful than most governments – they’re already that. It’s for governments to accept and support that fact legally and financially – corporate utopia!

If you want Australia and the world to be better than that, more equitable than that, then you must oppose the TPP and similar trade negotiations. But finally, I haven’t told you possibly the worst thing about the TPP – all the negotiations are held in secret, on US insistence – except for interested transnationals of course, who are briefed weekly. Only through leaks have facts about the TPP become known. Makes you think they have a lot to hide, don’t you think?