Rallies in support of refugees held recently in Adelaide, Melbourne and Sydney

For the last couple of weeks Australians took to the streets around the country to oppose Labor and Liberal’s shameful policies against refugees who arrive by boats. The media monopolies must also be criticised for inciting fear and racism towards asylum seekers, who are legitimately escaping wars and tyranny initiated by Western powers.

The pernicious policies against refugees

Under the Gillard government the Australian mainland was exercised from the maritime zone to make refugee entry into the country illegal. Military drones to seek out refugee boats are now seriously been proposed as part of ‘border protection’! And of course there is the Abbott lead opposition who want to ‘tow back the boats’ to Indonesia.

Not to be outdone Prime Minister Rudd declared, ‘there will be no possibility of settlement in Australia for refugees who arrive by boat’. Foreign Minister Carr was set the task of demonising refugees by stating that most of them are ‘economic not political refugees’.

Rudd came up with the PNG solution, where refugees will be sent for processing and settlement; here they will be excluded from having the right to work, education, housing and freedom of movement.

This flies in the face of the Refugee Convention that Australia signed up to in 1951. The PNG does not have the infrastructure nor capability to resettle refugees and highlights the Australian government’s pernicious behaviour. For Australia has 17 times greater per capita GDP than PNG.

The US military invasion of Australia 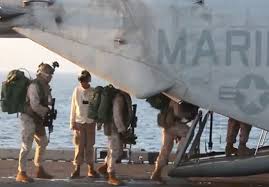 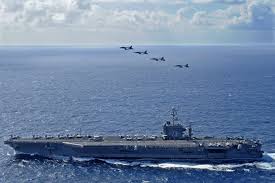 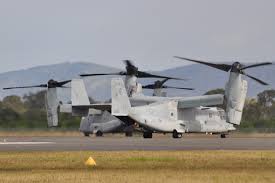 US military in action during Talisman Sabre exercise, 2013

However there is a far greater danger than refugees could ever cause Australia and that is the US military invasion of the country. In addition to the military bases dotted around the Australia such as Pine Gap, North West Cape and war games exercises such as the just completed Talisman Sabre at Shoalhaven Bay, there are now 2500 US marines based in Darwin and the recently announced stationing of US Air Force fighters, tankers and eventually bombers in the near future at the RAAF Base in Tindal, Northern Territory.

As Bruce Gagnon, who recently toured Australia and is the co-founder and current co-ordinator of the Global Network against Weapons and Nuclear Power in Space, and a senior fellow of the Nuclear Policy Research Institute, stated the expansion of US military forces in the Pacific is designed to consolidate and increase the domination of US corporate interests over the wealth and resources of the Pacific region.

For quick offensive purposes, the US is pre-positioning military supplies and equipment, vehicles, planes and weapons in these so-called ‘lily-pad bases’. The troops can then fly in at short notice, as required.

US is pressuring its ‘allies’ to contribute much of the infrastructure costs of US military bases and outposts across the Pacific, hosted in such places as Australia, Japan, South Korea, Taiwan, Philippines, etc.

It is not simply a reaction to China’s growing naval power, but is a proactive, offensive move to control the sea-lanes that China depends on for the resources it needs.

Furthermore, it boosts the profits of the military-industrial complex which feeds on war and the threat of war.